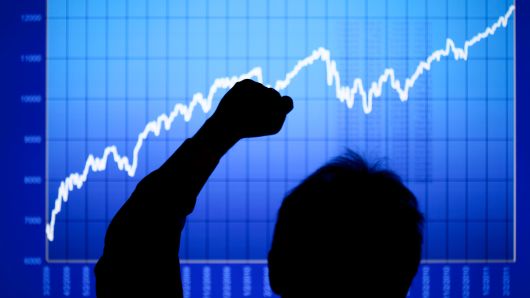 As I write this on Easter Sunday, the S&P 500 has rallied 23.6 percent since hitting a bottom on Christmas Eve, echoing the 24.1 percent climb for the index in the same number of trading days after it hit a bottom in August 1998. The good news is that, in 1999, the index rallied nearly 60 percent before the Tech Bubble collapsed, a recession hit, the averages got cut in half and other companies disappeared completely. So there is a precedent for significantly much more stock market gains. But that is like saying that if you won the lottery, it’s going to happen again—t’s possible, but is it really all that likely?

A loss of 20 percent, like we saw in 1998 and 2018, usually takes closer to 17 months, not four, to get back to even. It’s no wonder that investors’ sentiment is borderline euphoric. The Investors Intelligence Advisors Sentiment saw the number of bulls rise to 54.8 percent last week, the ninth weekly reading in a row above 50 percent, which is itself a call for caution. For context, that reading is still below the 61.8 percent level that tripped up the markets in September 2018.

The bad news is that when everyone is bullish, it’s often a bad time to be invested because, often times, that means all of the potential good news has already been expected and priced into the market. Not to come across as a stubborn perma-bear, consider an internal memo of my firm. I gave everyone Christmas  Eve off at work. The market was open for a half day, but that morning, when investors were selling stocks, I texted my group and gave them a heads-up that when we got back into the office, we were going to start buying stocks. So, conversely, I’m beginning to get nervous about where stock prices are now.

I don’t seem to be alone; I do have those perma-bears to keep me company. They are worried about the high valuations of the stock market averages. They should be, but not for the reasons most people think.

I find stock market index valuations are far less useful mathematical tools than everyone gives them credit for. As part of my job as a corporate consultant, I have certifications in valuing and building businesses. I understand why an acquirer might say they’d pay more for one company versus another; it’s less about profit than you might think and more about intangible multiple drivers. The point is that looking at the valuations of an index is not very helpful because it’s not looking at the specific characteristics of individual companies. Instead, all valuations metrics, like the popular price-to-earnings ratio, that are applied to a group of stocks, as opposed to an individual company, merely measure investor sentiment as opposed to the quality of a company. And we’ve already determined that investors are too optimistic. And whether prices are going up or down based on some level of valuation, as John Maynard Keynes reminds us, the markets can remain irrational longer than we can remain solvent. Said another way, an expensive market can get more expensive. High valuations of a stock market index are a warning but a poor timing mechanism. For example, then-Federal Reserve Board Chairman Alan Greenspan, on Dec. 5, 1996, correctly cited that the markets were experiencing “irrational exuberance.” Greenspan asked rhetorically, “how do we know” when stock prices get “unduly escalated” and the turn down may begin? The question was its own answer—we don’t know. Valuations are not timing tools, which was proven after those last three years of the 1990s returned such massive gains that, for over a decade after, even after the Tech Bubble collapse, investors still expected 20 percent returns in the markets annually.

It’s not that I ignore stock market valuations. They may not be predictive in price turns, but they are a sentiment indicator and I like sentiment indicators. I just don’t like that, right now, they’re mostly telling us that the stock market isn’t far from a correction. You don’t have to be Nostradamus to say that at any time and have a great chance at getting that call right. On average, there are three and a half 5-percent corrections per calendar year. I’m not being particularly daring or controversial to shout from my window, “Look out! A stock market correction is coming!” Your response should be, “Yeah, duh.” The more meaningful forecast is whether it’s something more than that garden-variety correction, especially something that might be associated with a recession. Corrections during recessions last a long time and destroy portfolios. To overly simplify it, the question is do you hold stocks and suffer through a blip, or do you sell now before your portfolio is destroyed? The quick answer is to suffer through what’s more likely to be a blip.

I’ve been very vocal for about half a decade that we could see a recession as early as 2020. I had no idea back then which party would be in the White House going into 2020—it was not a political assessment, it was an awareness of historical stock market cycles combined with a knowledge of the typical timing of government spending. For the first nearly half-decade from the Great Recession, it was incredibly easy to buy stocks and not have to question where the economy was going because improvements were obvious. Being aggressive was the conservative thing to do. After that, especially after the 2013 surge in U.S. Treasury yields, termed the “Taper Tantrum,” and after 2015’s Grexit fiasco, we had to pay more attention to risk management. Despite the introduction of new risk and less visible improvements, to oversimplify it, the reward for staying in U.S. stocks outweighed the risks until, at least, the final year of the four-year presidential cycle, or 2020.

This time around, the rules of political engagement for spending are a bit different than in previous cycles. There is still an abundance of spending ammunition available, whereas typically it’s mostly spent by now to pump up the economy prior to an election. So that’s an advantage. Another advantage is that the economy has picked up at a rather rapid pace in the last six or seven weeks. The advance estimate of the U.S. gross domestic product will be released at 8:30 a.m. Friday, April 26. The Atlanta Fed GDPNow estimate, which incorporates recent economic data to create a relatively real-time growth forecast, jumped to 2.8 percent April 19 from a standstill estimated rate of 0.3 percent March 1. We are not close enough to a recession just yet to warrant selling your equity positions in favor of a cash safety net. I expect the market is going to dip 5 to 10 percent this year, maybe starting soon. Suck it up. That volatility is the price of being in the stock market. I’m not the guy who says buy-and-hold forever. That’s a dumb idea. If anything, I reduce risk in our managed portfolios more frequently than most professional advisors would suggest. For example, prior to that short-term drop in the fourth quarter of 2018, I tactically reduced the riskier equity positions in managed portfolios—I don’t agree with the idea of holding stocks through the worst of times. But this is not the worst of times. Government debt spending has been targeted to favor growth, the U.S. president is stock-market focused, and the Federal Reserve has temporarily stopped raising interest rates with its federal funds rate at half of its historical average.

These not-the-worst-of-times characteristics will help keep buyers interested in stepping back into the market when we get our next 5 to 10 percent dip. Plus, individual buyers have ammunition to do so. It’s hard to overemphasize the importance of corporate stock buybacks in this rally, having repurchased $227 billion of their own stock in the first quarter of 2019 (up from $143 billion in the first quarter of 2018). Many individuals have been left behind this year and now are begging for an entry point. Individuals sold $83 billion of equity mutual funds in December 2018, and another $87 billion in the first quarter of this year as people rushed into fixed income and cash. Some, like BlackRock’s CEO Larry Fink, are citing data like this as a reason to expect a melt-up. I am more conservative and expect the investor cash out there to bid up stock prices so long as interest rate increases remain tame.

It’s worth keeping all that in mind when you pop open your laptop in the midst of the next correction and hover your finger over that “sell” button.

— Joe Wheaton
Read next: Lucinda Vermeulen endorsed for Egremont Board of Selectmen