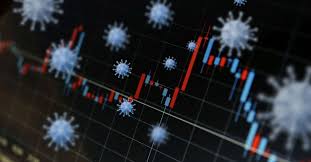 “Do you understand the words that are coming out of my mouth?” – Detective James Carter

Dalton — Time and again for these last few months, I’ve said to get reinvested if you got out of the market and to expect a big correction but to largely ignore it (or, if anything, use pullbacks to get reinvested).

I have also pointed out that me expecting a “big” correction is rather optimistic, given that, as I detailed in the column “IRS lets you save on taxes,” in 12 out of 13 previous instances, after the stock market rallied following a waterfall decline, the stock market retested its lows. As readers know, a waterfall decline is a sharp drop in stock prices over a month or two, such as the one that ended a few months ago on March 23. I’ve been saying that I think this time it’s different, that we won’t retest those lows this time.

Still, I know for a fact that some readers are waiting for that pullback. Heck, I had one client who smartly asked me to liquidate his positions back in March after the stock market went down 13 percent (on its way to being down nearly triple that) and hold all cash I had been preparing for a pullback as early as January, so I had no problem being extra cautious for him (as my daddy used to say, “You don’t go broke taking a profit”). Shortly after the bottom, I started reinvesting that client back into the market, but he asked me to stop and to wait for a pullback before getting him reinvested again. Well, the market dropped nearly 40 percent so that seemed like a substantial enough pullback to me. But I waited. During that fairly recent 7 percent correction in June, I had one of our advisors call him to tell him we’re ready to get reinvested again, and he said, “Well, Allen is thinking an even bigger correction could happen, so I’d like to wait.” And we couldn’t convince him otherwise.

People, please listen to me. The stock market is always going to have corrections. For me to say that we’re going to get a correction isn’t me pretending to say I am Nostradamus. Corrections happen all the time. I know, I know. I said that this one could be between 8 percent and 16 percent and, so far, we’ve only had a 7 percent correction. So maybe there’s more. But 7 percent is pretty close to 8 percent. You could possibly call that a win. But the bigger play isn’t me getting a win on calling the timing of a correction. In fact, I’m gonna tell you right now (again), there are no tools that I — or anyone for that matter — has to both reliably and consistently time a correction. No, the bigger play isn’t me saying a correction is coming, even if I get lucky enough to be remotely right on the timing. The bigger play is 92 percent of the time (12 out of 13 instances following previous waterfall declines), the historical expectation would be to expect the stock market to revisit its lows, but I’m making the case that it won’t do that and that you should stay invested.

I’ll go one further. Even if I am wrong, it won’t much matter because I already called the end of this recession before it was officially declared: If there is a retest, I’d expect a monster rally. But I don’t expect to retest. Stop trying to find the perfect time to get invested in the short term and just get invested. Right now, time in the market is more important than timing the market.

Those investors who were hesitant to take my advice and get reinvested are likely feeling some regret since the S&P 500 closed out last quarter with a nearly 20 percent return. Do you know how big of a deal that is? That’s only the 10th calendar quarter since World War II when the index gained more than 15 percent. One of the reasons for such a strong stock market has been the jobs recovery. Last week, the Labor Department reported that a record 4.8 million jobs were created in June, almost 2 million more than expected. This huge jump in new jobs is a result of all 50 states getting economic activity moving again and the coronavirus frozen in much of the U.S.

If you’re still more conservative than you should be, you might be worried that you missed out. Well, yeah, you did. But that doesn’t mean you’ve missed out on all the gains. Examining the nine prior calendar quarters when the S&P 500 was up more than 15 percent, the index was up every single time the following three months, for an average of 9 percent with the smallest advance being 4 percent.

Listen, I get it. On the one hand, I am saying that 92 percent of the time, history is the side of retesting the March 23 lows, but you should ignore that. Then I immediately say, hey, here’s some good historical evidence that the stock market will repeat itself. I had previously explained to you why I don’t think we’ll retest those lows — why I’m comfortable uttering the most dangerous words in the stock market: “This time it’s different” — so I won’t bore you by repeating that. But, yeah, I see the surface-level hypocrisy. Fortunately (or unfortunately), investing is more art than science, and that makes it beautiful — scary, but beautiful.

If you are a new reader, don’t consider me a Pollyanna, one of those financial advisors who tells you to stay in the stock market no matter what. That’s not prudent. Why would you want to give up a third or a half of your portfolio? If there isn’t a fiscal stimulus package to assist municipalities and states in balancing their budgets, their respective austerity measures will probably push the U.S. into another recession in 2021, and I won’t want to hold the same stocks (if any) as I am now.

I stand by my assertion that the virus controls the timeline of the economic recovery and, by extension, the stock market recovery. I am not blind to the fact that, over the weekend, the global number of new COVID-19 cases reached a new 24-hour record high at 212,326, or that dozens of U.S. counties and states are either suspending or reversing their economic reopening plans. That’s probably a good idea in terms of precaution, but there’s a silver lining in the bad news of higher positive COVID-19 infection rates.

The economy was forced into a recession by shutting down the economy in order to “flatten the curve,” to let overwhelmed hospitals increase capacity and be able to attend to their sick. Currently, it looks as if we will not close down the economy again because, a) Treasury Secretary Steven Mnuchin said so, and b) people in their 20s and 30s are accounting for a larger share of the new coronavirus infections. According to the Centers for Disease Control and Prevention, the chance of someone under age 40 ending up in the hospital is quite low, and the fatality rate for people in their 20s and 30s without underlying health conditions is about 0.1 percent.

Don’t color me naïve. I realize that experts in the virus, such as former Food and Drug Administration Commissioner Dr. Scott Gottlieb has warned us that we will very likely need to heed protective measures of some sort for the rest of the year. To me, that means the path will be slower than those who still expect a V-shaped economic recovery, which means that there is a fragility to economic growth as well as the direction of the stock market.

I don’t see a high likelihood of following a path to new stock market highs this year, and that’s OK. There will be a gradual lifting of lockdown restrictions and more improvements on virus therapeutics, and that should be enough to keep the stock market from crashing again. In a world where job reports are 2 million off consensus estimates, I must admit that there is no good way to forecast what will happen in the economy. In that same world, we don’t know how many jobs will come back, how many businesses will reopen, or when corporate earnings and gross domestic product will rise to pre-virus levels. So I am OK withholding my equity positions even as the stock market treads water for a while, or even experiences some corrections, as this new world heals and scars over.