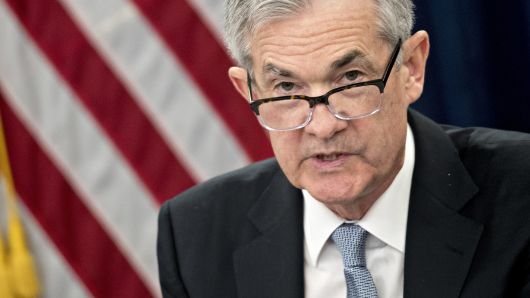 Dalton — On Thursday, March 21, the stock market celebrated the Federal Reserve’s Federal Open Market Committee (FOMC for short, but let’s just say “the Fed” to make it simple) decision to not just leave interest rates alone at that meeting, but to say it would leave rates alone for the year. On Friday, March 22, the stock market suffered a hangover after realizing it was possibly celebrating the wrong things.

Let’s talk about what this will mean for your investment portfolio. For bonds, generally, you just got a gift. All other things equal, when interest rates go down, bond prices go up. The capital you have saved in bonds just became better protected. For equities, it’s a bit more complicated.

As recently as December 2018, Fed Chair Jay Powell was hawkish, meaning that the Fed intended to raise rates, which would slow the economy’s growth. But last week the Fed pivoted so quickly that all of us watching the press conference got whiplash. The Fed went from expecting two hikes in 2019 to zero. (It did maintain its estimate of one hike in 2020.) As a result, the interest rate of the 10-year Treasury note dove to a low of 2.418 percent, briefly dropping below the three-month rate and creating what’s called an “inverted yield curve.” An inverted yield curve is often viewed as being a reliable indicator of a coming recession as it shows the nervousness in accepting the risk of lending money over the longer term.

The reason why it’s more complicated to assess what this will mean for stock prices is because of the good news/bad news interpretation of the same thing. Also, as reliable as the inverted yield curve can be, there is a lot of nuance in using it as a predictor.

The bad news is that the pause reflects economic reality: The economy is slowing down. Granted, manufacturing is not as large a piece of the U.S. economy as it used to be, but new orders have remained weak and leading indicators of purchases look awful. And don’t even get me started on Europe. Last Thursday evening, Germany came out with abysmal manufacturing numbers. On the same night, the UK did get a chance to delay the whole Brexit fiasco, but only for a short period of time. And the China-U.S. trade war sees some positive tweets from time to time, but no substantive action. Even if both Europe and China fix their problems fairly soon, the amount of uncertainty for each is reducing U.S. economic activity. And that’s bad for our stock market.

The good news is that the only thing that has changed since the Fed meeting and now is that interest rates won’t be as high as we thought they would have been previously. The Fed seems dedicated to keeping us out of a recession, thank you very much. As a consequence, given that inflation is modest, I don’t see this as a risky approach to monetary policy, so long as they stick with it and don’t try to walk back the commitment, thus creating uncertainty.

Compared to previous periods, monetary policy is currently extremely stimulative. The nominal fed funds rate is set at a range of 2.25 to 2.5 percent at a time when inflation is modest. The federal funds real rate is just 0.25 percent (when nominal rates are adjusted for inflation, it is called the “real” rate). By comparison, the real rate was 2.75 percent at the end of the Fed’s last tightening cycle in 2006, and 4 percent at the end of the prior cycle in 2000.

All other things equal, the Fed eliminating its intended rate hikes is good for the prices of risk assets, including equity. Still, though, there is always the concern of “what does the Fed know that we don’t?” The Fed explained that the whiplash-inducing pivot was due to its downgraded assessment of growth.

And it is right about that. The Leading Economic Index rose 0.2 percent in February, but that was its first gain in five months. The six-month rate of change of the LEI eased to 0.5 percent, the least since June 2006. The year-over-year change slowed to 3 percent, the least in two years. Both suggest a downgraded assessment of growth. (The LEI is a composite of 10 components that tend to lead economic activity and thus can be used in forecasting the U.S. economy.)

The LEI doesn’t yet alarm me of a recession. Slowing growth, sure—but not a recession. Not to be Pollyanna-ish on slowing growth. When it comes to its effect on the stock market, data that is better or worse matters more than good or bad—direction matters more than absolute levels. For a long time, I’ve had 2020 circled on the calendar for a possible recession. As we get closer, that date seems more realistic. It’s not the data form the LEI that concern me right now. What scares me is a simple shift in “animal spirits”: the instincts that guide human behavior, affect consumer confidence, and drive economic decisions. A change in attitude, in animal spirits, can push us into recession. Economic activity reflects human decision-making. The sheer concern that something can get worse can become a self-fulfilling prophecy. The Bloomberg Consumer Expectations Survey shows that 28 percent of us feel the economy is heading in the right direction, its lowest level since February 2017. At the same time, the amount of us who feel that we’re going in the wrong direction rose to 32 percent. Things are going to get worse because we expect them to, so we shop less, businesses hire fewer workers and don’t invest in themselves, and we hunker down.

The economic data out there doesn’t suggest a recession this year, or even in 2020. And that means any stock market correction would likely be limited to what we saw in the end of 2018, but more likely the next move down will be your garden-variety 4-8 percent correction. So there is nothing to do if you hold stock. But if you’re under-invested, when the correction does happen, you can use that opportunity to buy.

As we go further out in the calendar, beyond garden-variety corrections, we run a greater risk of pessimism begetting pessimism and better becoming worse. Currently the economic data is fine; It’s you and me I’m worried about—we’ve got nothing to fear but lack of financial activity caused by fear itself. That eventual fall in prices will be large as both valuations and investor sentiment have not priced in economic weakness to come and thus are vulnerable to disappointment.