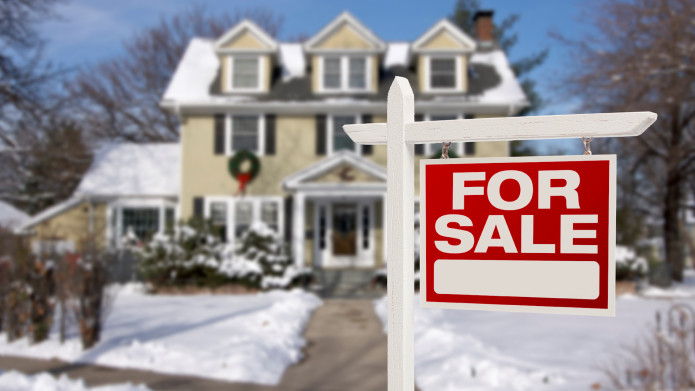 Dalton — Employment is strong; we can all agree on that—or can we? I suppose it depends on whom you ask. If you ask the average person, they’re going to say yes. If you ask someone in the mortgage industry, they might have to force a fake smile.

It is predictable: Mortgage companies add staff when refinancing and sales are high (typically when interest rates are low and going lower), then lay off workers after about a six-month decline (owners are resistant to absorb the cost of layoffs until they feel that the drop in demand is going to stick). In the last few months, we’ve seen hiring weakness in the mortgage industry.

That’s corroboration of the horror story that is going to be housing. Admittedly, housing is still good. But it was still good in 2007, too. I remember looking at a house to buy and trying to talk shop with the Realtor. I got a talking-to for “crying wolf” about my concerns. I understood her defensiveness; when things have been going well, you extrapolate that and expect the future will be similar to recent past. The problem is that, at the top of any market, it always looks good. It is called a peak for a reason, after all.

It is a decade after the old housing crisis and we silently slipped into the beginning of a new housing crisis. Ten years ago the problem was scandalous mortgage lending and overexuberant folks who saw that things were going well, and extrapolated that the future would be similar and thus overbuilt housing inventory. Today, the problem is a lack of affordable housing. Low- and middle-income workers are struggling to earn enough for mortgage payments, or have to live in more rural areas with better affordability. This pushes workers to choose between taking potentially lower-paying jobs and reducing productivity because of longer commutes.

That being said, there are plenty of $400,000+ homes listed for sale. That is a separate issue, yet related. Rising mortgage rates and exhausted demand slowed single-family home sales, though that’s not a surprise. Mortgage rates have gone up over a full percentage point over the last 14 months, more than one-third higher. And demand from higher-income households recovered from the Great Recession more quickly, lending to (pun intended) these houses being bought up more quickly. Home-building growth has gone to zero, and that will be a drag on the growth of construction hiring. That high level of supply will correct itself, but the adjustment won’t be positive to the U.S. economy.

Back to the concern of a shortage of affordable housing on the lower-income side, rising house prices have substantially outstripped income growth over the last six years and now half of Americans can only afford a $230,000 house. I should air-quote “only” because that’s a nice house in most of America. However, the average sales price for 11 of the top 19 builders is about $400,000.

Rising home prices and mortgage rates are slowing down homebuyers. And the higher costs of land, labor and materials are making it more difficult for builders to deliver houses at the prices which are most in demand. This pressure had been building (pun intended) over the last few years due to a short supply of workers as well as rising prices of lumber and gypsum. But then the escalating trade wars and the resulting higher tariffs spiked the costs of other materials such as steel and aluminum, so now the nation is struggling with a shortage of affordable housing.

Housing plays an outsized impact on the transition of the economy, from growth to contraction and vice versa. Housing services (including fixed investment, brokers’ fees, utilities, etc.) make up about 17.5 percent of GDP. No incentive to build and buyers being pushed out of the market is a recipe for economic pain.

Yes, things are still good. However, I don’t get concerned because things are good. We should embrace those times when things are good. But when we see data suggesting the tide is turning, we have to recognize that bad things were once good and that there was a turning point, a period of transitions. I argue that we’re transitioning from good to recession, maybe not in 2019, but not too long after.

Over the last four months, we’ve been transitioning from small-cap to large-cap, growth to value, and from high-beta to low-beta. A final low for this bear market may only be a few months away so, for most equity investors, at this point, it makes sense to hold onto most of your positions. We do expect an attractive rally soon, however, absent the necessary technical internals to compel us that the bull market is renewed and sustainable. I expect we’ll be looking for an opportunity to sell on strength.