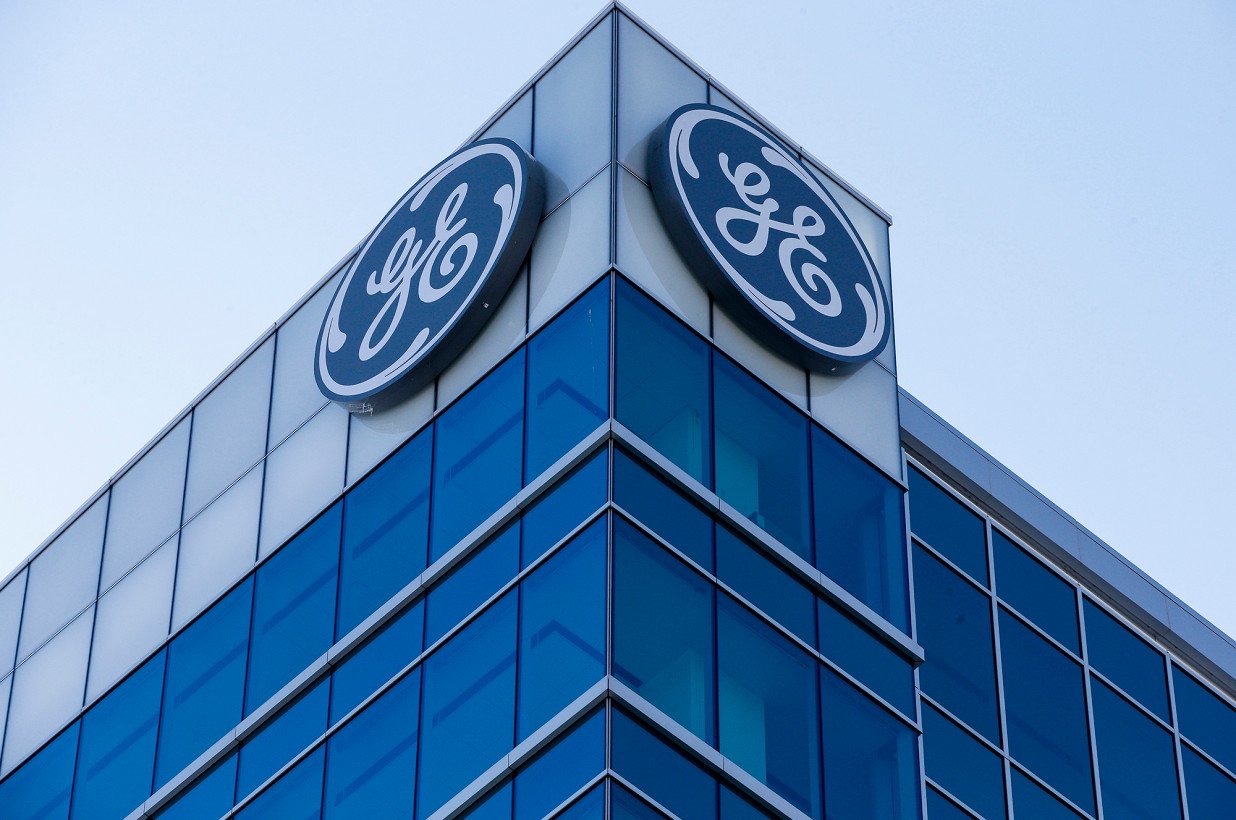 Dalton — Growing up in the Berkshires, I could tell if a certain generation lived in the area at a certain time period by the way they referred to General Electric as “The GE.”

For more than 20 years, because of my profession, local folks have asked me where “the GE” is going — should they buy, sell or hold? For 20 years I’ve said to sell that garbage. Telling people that they made a mistake, especially when they felt so safe with their decision, wasn’t a good way to make friends. People didn’t really want my insight, they just wanted validation of their opinion. And because my opinion didn’t match theirs, the value of my opinion was discounted.

People who grew up in the Berkshires were familiar with “the GE,” so they felt safe with it. Even after the company closed its transformer division in 1986, its ordinance division in 1989 and its electric power equipment manufacturing division in 1990, shedding thousands of Berkshire-based jobs and leaving solely GE Plastics (until SABIC acquired it in May 2007), there wasn’t a feeling of contempt for the company — there was a feeling of safety in holding the stock. Despite all the bad news we can itemize over the years from the company, people still felt comfortable. They felt secure because of the familiarity. Obviously, they have been wrong.

Last week the Bernie Madoff whistleblower Harry Markopolos called GE a “bigger fraud than Enron.” Enron was the poster child for fraud by doing things like hiring people off the streets to dress up, come in and act busy on the phones and computers while Wall Street analysts took tours of their facility. At this point, Markopolos’ claims are merely accusation. Nonetheless, the stock cratered. I know that some readers have an inordinate risk in their portfolio because they hold something that is somehow familiar to them so it feels safer. But it’s not safer just because you know the name.

Another interesting example of investors holding what they are familiar with was back in 1984 when AT&T was broken up into the seven regional “Baby Bells,” and the separate stocks of each Bell were broken up evenly among shareholders. A study showed that, a year later, residents of each region’s Bell held a disproportionate number of shares of their local regional Bell. They were more comfortable with that familiarity and thus owned more due to its perceived safety. This is true all over. People in Atlanta own a lot of Coca-Cola stock. People in St. Louis own a lot of Anheuser-Busch stock. People in the Berkshires held a lot of Wave Systems. (For the record, I never touch it, and if your advisor did, punch him in the face — twice.) And a lot of corporate employees hold a large amount of their employer’s stock relative to their other positions. So just be aware that your actual risk may be greater than your perceived risk.

Oh, and I like to call out my own hypocrisy. It’s only fair that I am transparent. The typical business owner has approximately 80% of their net worth tied up in their company. I’m totally guilty of that. I am aware of that concentration risk in my portfolio and am currently working through a plan.

Last week I was practically popping the champagne on Tuesday when President Trump said he was going to reduce and delay the tariffs that were going to go into effect Sept. 1. Then the next day, on Wednesday, the Dow dropped 800 points in its biggest drop of the year as the yields of the 10-year and the two-year Treasury notes inverted, which was a stupid reason to sell off. As I’ve been saying for months, it’s the 10-year and the three-month yields that matter. But some group of professional investors who didn’t want to admit that the 10-year/three-month inversion was potentially apocalyptic said they’d wait until the 10-year/two-year did so. Well, they kicked the warning signs down the road all the way until last Wednesday when they had no more excuses about the ominous nature of inversions and the result was that 800-point drop.

To be fair, referring to the drop in the Dow Jones Industrial Average by the number of points as opposed to the percentage is a bit of theater. A whopping 800 Dow points is a lot, don’t get me wrong, but it sounds much scarier than it is. On a percentage basis, the index dropped about 3%. There have been 307 3% drops in the last 100 years. It happens a few times a year. While it’s not good news to see the market go down, it’s not out of the ordinary.

Can you give me a ride to the mall?

Well, maybe the Berkshire Mall. But shoppers have been flocking to some malls. Last Thursday. the Commerce Department reported that retail sales (a measure of purchases at stores, restaurants and online) climbed a seasonally adjusted 0.7% in July from the previous month. Also on that Thursday, Walmart reported that sales rose in the second quarter and raised its profit forecasts. Consumer spending makes up about two-thirds of economic output in the U.S. Gains in spending could balance out weakness in the freight industry, or the similar softness we’ve seen in manufacturing and business investment.

Where are we going?

If you’re not confused about the stock markets, you just haven’t been paying enough attention.

I’m sorry for a bit of a data dump. It’s not my intention to bog any of us down in the minutia, but it helps me make a point. The forces pushing the economy, and thus the stock market, in one direction or the other are telling different stories. And it can be confusing. It’s the reason why so much academic research will suggest that you just buy a cheap index fund and hold onto it, and don’t try to time the market. I totally agree with that research. Most investors — professionals or do-it-yourselfers — do not have the talent or the intestinal fortitude to handle it. And most of those that argue they do are either lying or suffering what behaviorists would refer to as “retroactive prescience,” which is that they remember things in a manner that is more favorable to their personal narrative. Being as aware (and self-aware) as I am of this, I can understand why many passive professional investors (the buy-and-hold types) can feel a bit emotional when someone suggests buying or selling at a particular time instead of just riding out all the good and the bad, no matter how bad. Those buy-and-hold types often accuse the timing types of putting their clients at risk of losing out on big stock market rallies.

Some of those buy-and-hold types, while meaning well, can also be frighteningly aggressive. Last week I had to block someone on LinkedIn because they were flooding my messages with research on the benefits of passive investing, stuff I am very aware of. He was not at all happy that I was arguing to get defensive in your portfolio should a recession come. And admittedly, my stalker is probably right. For just about anybody, it makes sense to buy, hold and forget.

But I can’t do that. I can’t sit back and do nothing when my clients’ and my own investments lose a quarter or a third of their value. I would lobby for that to be a jailable offense if I knew anything about lobbying. But to my stalker’s point, yeah, I totally run the risk of being wrong. I run the risk of telling you to get defensive and instead of going down, the market goes up. I run the risk of forcing you, my clients and myself to take the hit of what we call an opportunity cost, where you don’t lose money but you make less, perhaps far less, than you otherwise would. And you know what? I am totally cool with that. If the stock market is going to go up pretty much all the time, as the buy-hold-and-forgetters argue, then I just don’t see it as too big of a deal to miss out on some of those returns if we have the chance to protect your money.

Given that I am highlighting the flaws of my strategy, I should also note that the likes of my stalker don’t point out how much it sucks to lose a third of your money when you’re constantly dedicated to keeping the throttle on. I want to tell both sides — my side, and the traditional side. The traditional side, the buy-and-forgetter types, will say that losing one-third of your money is a bump in the road for long-term investors. Then there is my way, the wimpy way. I don’t have the stomach to take that kind of loss, yet I still want the gains of the stock market. To reconcile those two, I’m mostly in the market but sometimes I have to hit the brakes. I’d like to say something profound like, “discretion is the better part of valor,” but I’ll be honest: I’m terrified of losing money.

As readers know, even with as much bad news that has been gathering on a weekly, even daily, basis, currently I feel ok holding equities through the second half of 2019. The Federal Reserve is accommodative, we have a U.S. president who wants stocks to go up, and according to the Atlanta Fed GDPNow tool, the most recent GDP estimate for this quarter is a healthy 2.2%. At some point I may move from merely being worried to officially declaring that I’m calling a recession. Right now, I’m just worried. My portfolios don’t look too much different from the portfolios of the buy-and-forgetters, except I haven’t bought foreign stocks in years.

For the next year or so, among tariffs, currency wars, the Iran conflict, presidential elections, Brexit and everything else, whoever says they’re not confused as to whether buy-and-forget or being actively defensive will be the smarter play is kidding themselves. I am confused, and maybe I’m wrong for trying to protect people’s money. The track record of professional investment managers trying to time the market is, indeed, abhorrent. In fact, their track record is so bad that they can be used as contrarian indicators. Mark Hulbert, of the Hulbert Financial Digest, tracks the performance of newsletter publishers. Mark tracks, among other things, the recommended equity allocation among the several dozen short-term market timers who publish investment newsletters. People trying to time the market are just awful at it and when the timers all get out of the market, it’s usually time to do just the opposite and get invested. The current average equity exposure of those short-term market timers is 7.9%. That’s a lot higher than the 84.2% reading before the market turned down (in other words, it would have paid to get out of the market when all the timers said to get in). Yet 7.9% is still higher than the minus-20% reading that occurred during the late-December sell-off (again, it would have paid to do the opposite of the timers). While the correction could still go lower (I had suggested a likely downside limit of 12.1%), this evidence suggests that the current pullback is probably closer to a short-term bottom than it is to the start of the next big one. I think it’ll go a bit lower; I feel as if more bulls still need to throw in the towel before we have the foundation for a renewed rally and new market highs. I expect the wild ride to continue over the next few months.