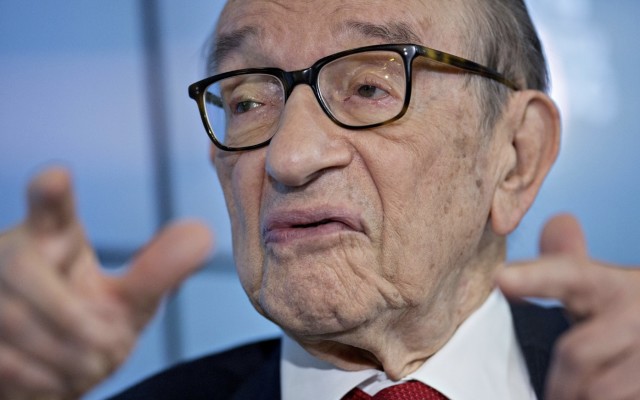 Dalton — Last week I declared that “global manufacturing is already in a recession,” and that “even though the U.S. consumer is healthy and active, the trade war has brought U.S. manufacturing to the brink of recession.”

I think we just passed the brink.

According to the most recent reading of the Institute of Supply Management’s Purchasing Managers Index, manufacturing in the U.S. has dropped for two consecutive quarters, overtime hours have been falling, and the survey of industrial production fell from 51.2 in July to 49.1 in August (50 being the line between growth and contraction). Although being below 50 means there is contraction in manufacturing and certainly increases the odds of a full-blown U.S. recession in the next year, it’s important to note that the PMI has dropped below 50 a few other times during this expansion. Historically, a PMI at 42 is consistent with a broad recession.

The PMI is one of my favorite surveys because not only does it supply data to track and interpret, but it captures what respondents are saying. The comments are interesting, as a lot of the slowness seems to be based on sentiment, namely concerns about how to handle the constant tit-for-tat retaliation in the trade war between U.S. and China as well as how to handle the mystery of how Brexit will unfold. A chemical products company said, “there is an undercurrent of fear and alarm regarding the trade wars and a potential recession,” while a miscellaneous manufacturing company explained, “we continue to plan for a hard Brexit and a long trade war between the U.S. and China.”

But like I said, a month of contraction in manufacturing is not the end of the world. In fact, after a manufacturing peak in December 2014, there was a manufacturing recession that spanned calendar years 2015 and 2016. The stock market pretty much took 22 months off and largely went sideways before earnings picked up and the market finally broke out. We’re currently at about 20 months of going nowhere (the S&P 500 had a top of 2,872 in January 2018, just a few percentage points below where the index stands today), but instead of breaking down with an upcoming manufacturing recession, I’m going to offer some hope for a breakout to the upside.

I’m aware that the most bullish person in the room typically sounds like the stupidest person in the room. At even further risk of sounding stupid, I’m going to argue that bad news doesn’t matter. When it comes to the movement of stock prices and how those prices reflect fundamental data, good vs. bad is largely irrelevant. What matters is not good vs. bad, but better vs. worse. Stocks will price in an expectation and rally or falter around recognizing if actual data ends up being better or worse than anticipated. Slowing economic momentum is one thing, but when fundamental data consistently misses expectations, it makes our brains attach to the narrative that the economy is rapidly deteriorating, and it keeps stocks from going up because few of us are willing to step in and buy as things are getting worse. One way to track the trend of better vs. worse is with the Citi Economic Surprise Index, which measures when economic indicators are coming in ahead of or below consensus forecasts.

When the direction and pace of the economy has been uncertain and stock markets have been stagnant, professional economic foreseers and corporate analysts reduce their reported expectations. Eventually, as the economy begins to stabilize, the new consensus forecasts become a lower bar to hurdle. The Surprise Index has recently turned up after one of the longest-ever stretches of being negative, at 140 days. That was only the sixth streak above 100 days, going back to 2003. The fact that the index is now positive indicates the possibility that there is some stabilization and/or that economists have finally dropped estimates enough that the market can start reacting positively to beating expectations.

But don’t get excited just yet. As you can see below, in that 2015-16 manufacturing recession, the Surprise Index broke positive briefly before returning negative again.

Last week we found out that the U.S. added 130,000 non-farm jobs in August, which will put a dent in the Citi Economic Surprise Index, since that was 30,000 jobs below the consensus. It was an overall fine number, with the average workweek length ticking up and average hourly earnings increasing, but it was worse, not better, than expectations. However, on that day, it didn’t seem to weigh on stock prices too much, given the extra dose of help they received from Federal Reserve Chairman Jay Powell. Later on the same day, as the employment report was released, Mr. Powell said that, “the Fed has, through the course of the year, seen fit to lower the expected path of interest rates,” and “we’re going to continue to act as appropriate to sustain this expansion.” While he, of course, didn’t give a guarantee that the Fed would cut rates again at its Sept. 18th policy meeting in Washington, he didn’t seem to even consider walking back investors’ expectations of a cut. And helping investors by propping up stocks is an arrow in the Fed’s quiver.

In acting appropriately to sustain this expansion, I am confident that Mr. Powell will heed the words of former Federal Reserve chairman, the maestro, Alan Greenspan. During a Sept. 3 interview, Greenspan was asked about his forecast on the economy for the rest of the year, to which he replied: “Strangely enough, it’s going to depend on large part on the stock market. We underestimate the wealth effect on the economy and this type of volatile stock market moves; it has an impact which I don’t think we fully understand nor measure correctly … Economic analysis says effectively that a ten percent rise in the S&P 500 has a one percent effect on overall GDP. And that is not a small number … I think it’s important to recognize that if we get major stock market adjustments, we’re going to feel it in the economy with a very short lag.” In sum, if Mr. Powell really wants to sustain this expansion, as I believe he and the Fed do, he’s going to give the stock market what it wants.

But if taking my word for it isn’t enough, I’ll leave you with some fun valuation facts. The S&P 500 dividend yield (the previous 12 months of aggregate dividends per share, divided by price) is about 1.85%. That compares to the 1.55% on the 10-year Treasury bond. Both are abnormally low currently, but it’s still rare when the S&P 500’s dividend yield betters that of its competitor, the 10-year note, making stocks more attractive to yield-seekers. And that’s an arrow in the quiver for higher stock prices — well, at least for now.