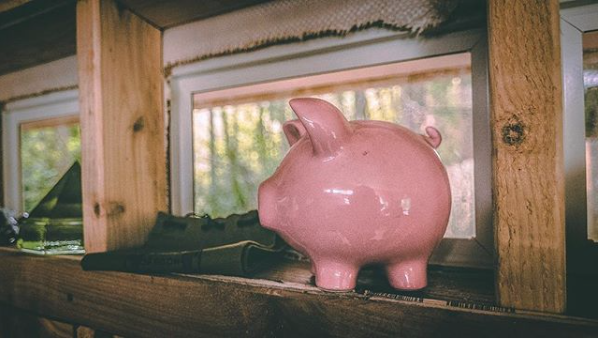 Dalton — There is a soon-to-be-released documentary called “Playing with FIRE,” which is about the “financial independence, retire early” movement, advanced by the millennial generation. FIRE has gained momentum with coverage in Forbes, the New York Times and on NPR. There are about a hundred “high-traffic” bloggers detailing FIRE journeys, many of those being listed on Rockstar Finance.

In the documentary trailer, it’s said that “people have figured out that if you save half your income, you can all of a sudden move that retirement date up from 50 years out to just 17 years out.” As a financial advisor, I’m not going to discourage anybody from saving more. However, if you retire around age 40, there is an extra quarter-century of unknowns to contend with.

Retiring at age 40 is a romantic idea. And many of us could do it if we wanted to be as frugal. And by frugal, I mean there is an example of one guy from Google who received national attention for living in a box truck rather than paying rent for an apartment. Post-retirement for FIRErs, the goal is to keep the level of frugality similar to pre-retirement so as to stretch your investment portfolio for what will most likely be more than a half-century.

Early retirees draw from their investments over a much longer period of time than traditional retirees. And those distributions are larger because they can’t subsidize cash needs with social security payments, meaning big market drops could force larger pulls from the portfolio while at depressed values. A FIREr is much more reliant on their portfolio and thus there is a greater risk to the damage done to that portfolio based on the sequence of returns. For our clients, we run an analysis of the probability of success on fulfilling needs, wants and wishes. The risk in failing to achieve success is dramatically increased when you start your retirement with a big drop in portfolio levels and you have to draw from it.

In my business, conventional retirees tend to underestimate the cost of health care in retirement. According to the Fidelity Retiree Health Care Cost Estimate, the average retired couple aged 65 in 2018 may need $280,000 to cover health care expenses in retirement. Health care costs are expected to moderate to about 5 percent per year, according to the Kaiser Family Foundation analysis of National Health Expenditure. The moderation is good news, but it’s still three percentage points above inflation and nearly as much as you’d expect from the long-run average of an equity portfolio. Unless you’ve got a million bucks saved away and live in a city with a low cost of living, you’ve got a massive risk of running out of money.

Someone who retires at 40 does have the option to go back to work later. However, as someone who has interviewed hundreds of people, that long gap in unemployment can be a hard one to explain away. I’m ok with the FIRE movement, but it’s a bad idea for most people. The good news for those who are considering the FIRE movement is that they are liars. That’s right: “Financial Independence, Retire Early” is a lie.

I get the “Financial Independence” part, but the “Retire Early” part is just made up. I’m going to call FIRE a fad, because the term will die away. But the fundamental part of it will remain sound forever: Save a lot of your income and don’t work in a job you hate. Maybe I live in a bubble, or maybe it’s a Generation X thing (I’m in my mid-40s) but I just don’t understand the idea of working somewhere you hate. But, hey, if a bunch of people need to come up with a catchy acronym to make it sound sexy and call it their own idea to make it feel tribal, that’s fine. Whatever it takes to make people Financially Independent, I’m on board with.

On the subject of generational tags, most of my firm’s clients are baby boomers. I find that most of them are looking forward to retiring, but not because they don’t like their jobs. (For the most part, they’re too smart and too tough to put up with corporate shenanigans.) Rather, they are preparing for the second phase of their lives.

The big trend for our clients is that someone retires or sells their business, then they have us manage their 401k or sale proceeds. We set up a loan with the portfolio as collateral so clients can open an antique store, a bed and breakfast, start a consulting agency, or even open a new business. My respected elders have achieved Financial Independence, but instead of calling their next phase “retiring,” they’re calling it “living.” And they’re loving it. So if you’re a millennial considering embarking on the FIRE path, go for it—you’ll enjoy life more doing what you like and you should definitely save more.

— Gertrude Stein
Read next: BSO to open Linde Center for Music and Learning at Tanglewood