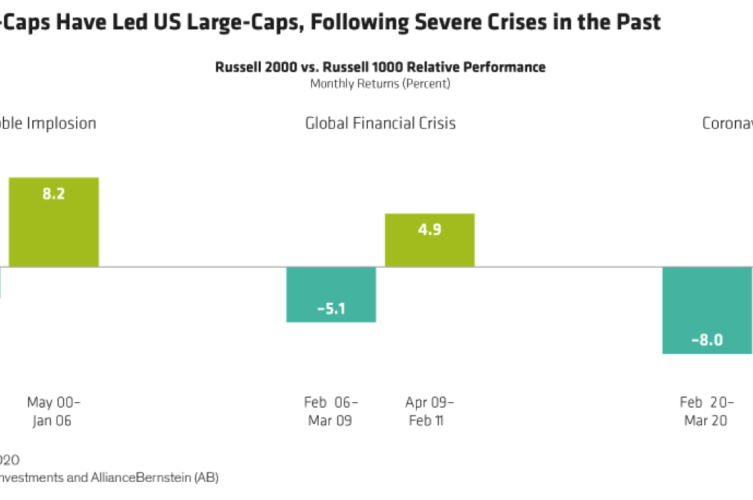 On Friday, May 22, Dr. Fauci said that the stay-at-home orders intended to choke off the spread of COVID-19 could cause “irreparable damage” if we remain sequestered for too long. He stated, “Now is the time, depending upon where you are and what your situation, to begin seriously looking at reopening the economy, reopening the country, to get back to some degree of normal.”

Additionally, Dr. Fauci said that the vaccine data released by biotech firm Moderna looked reassuring, as it has been fast-tracking its work with the National Institutes of Health. When Moderna announced “positive interim clinical data” on Monday, May 18, the Dow celebrated with a 1,000-point rally, ending the trading day with 90% of both the volume and points to the upside (what I call a 90% Upside Day), which is a signal of strong buying demand. Without getting into the scientific jargon, Dr. Fauci did say that it was “conceivable” that a U.S. firm could be ready to produce a COVID-19 vaccine by December, which, I imagine, would also be celebrated by the stock market.

So I bought some more stocks last week, reducing the hedge of our buffer fund allocation (options packaged in an ETF wrapper), to adding exposure to the Russell 2000 Small Cap Index. Not because things feel good: Things feel awful. I’m paying almost no attention to backward-looking data because just how awful it will be won’t be a surprise. What does feel good in a world where things are awful is that Dr. Fauci acknowledges that if the economy continues to be shut down, it will have its own negative effects on our health and that it’s time to begin properly reopening. And if we mess up doing so — which we probably will because humans are stupid and selfish — we’ll be that much closer to a vaccine or even an improved treatment, meaning that any future shutdown — if necessary — will be less severe than what we just went through.

Don’t get me wrong: While this makes me more bullish, I’m not so Pollyanna-ish to believe the 25 million-ish lost jobs are coming back soon. In the months to come, due to reduced demand, businesses will reopen with fewer employees than they previously had. That will keep the unemployment rate high, and the economy will be slower to recover than the V shape so many forecasters are still hoping for. We’re going to get a recovery, and it’s been so bad recently that it’ll feel good. But it’s still going to be bad.

Counterintuitively, it seems to me that if we want to root for the long term, we should be hoping for some short-term pain.

Last week I suggested that we should be ready, at least emotionally, for an 8-16% correction in the stock market. An 8% drop represents a pullback to the S&P 500’s 50-day moving average; a 16% drop represents a pullback to some important technical levels. I fancy myself more of an investor focused on fundamentals than technicals, but when fundamentals are as murky as they are, I rely on technicals to help determine some risk and reward potential. Now it’s not uncommon for financial advisors to say a correction is coming. But that information is useless if you don’t know when it’s coming.

Last week I suggested that the correction may have already started because “from April 29 to May 8, the percentages of stocks above their 10- and 30-DMAs (measurements of breadth) lagged the gains stock market indices.” It’s important to note that the start of a correction isn’t always defined by the headline price of an index. For example, remember the massive tech bubble of 1999? Stock market averages hit their peaks roughly March 2000, but the correction had started, by some measurements, almost a year earlier. Small-cap stocks waned, then REITs, then value stocks. Eventually everything was sucking wind except large-cap tech stocks, and that was enough to keep stock market indices going higher even as there were warning signs below the surface. The market might go a bit higher before a correction, but I’m hesitant to believe it’ll go much more than nominally higher — maybe a couple or a few percentage points higher, as the S&P 500 bumps its head at the 3,000 market, which approximates the index’s 200-DMA. If the S&P 500 can break 3,050, it has a clear path to 3,110, which would be a 76.4% retracement from the March lows, which is an important technical benchmark in the world of Fibonacci price retracements.

My guess is that the S&P 500 doesn’t break 3,050 and instead does what it did several times off of the March 2009 lows when the index previously threatened to break above its 200-DMA, which was to roll over 7ish-to-10ish%. That happened in June 2009, June 2010, then August 2010 and October 2015. As we witnessed after those first failed attempts to break above the 200-DMA, they turned out to be the proverbial pause that refreshed. I still feel as if I need to extend the caveat that everything is dependent upon a possible resurgence of COVID-19, but I’m not afraid of a 7-10% (or even an 8-16%) pullback because whatever fundamentals I can pull together do look as if they are shifting from “bad” to “less bad,” and the stock market tends to thrive in that environment, at least in the longer term.

In the shorter-term, I’m not ruling out a 16% drop. According to Sentiment Trader, the S&P 500 has been above its 50-DMA but below its 200-DMA for 22 days (as of Monday, May 25). Since 1928 there were 29 other times when the index was higher than its 50-DMA but below its 200-DMA. Following 21 of those instances — or 72.4% of the time — the index broke down below its 50-DMA. The good news then, of course, is that eight of those instances, or 27.6% of the time, the index did break above its 200-DMA — not that breaking above its 200-DMA is a game-changer on the technical side, because in those eight instances when the index did so, the median return 12 months later was a minus 9.2%, with a positive return occurring only 38% of the time. Counterintuitively, it seems to me that if we want to root for the long term, we should be hoping for some short-term pain.

Let’s face it: If you’ve been invested in mid-cap stocks for the last year or five years, you feel like a fool. Small-cap stocks would have made you feel similarly foolish. But at least it looks as if we can start tipping our toes back into small-cap stocks for aggressive investors by allocating a portion of portfolios into the Russell 2000 small-cap index.

There is a lot to say about long-term underperformance mean reverting to gain on a relative basis. In other words, sure, mid- and small-cap stocks are “due” to perform better. Yeah, well, while that’s helpful, the same could have been said any time over the last half-decade and you would have paid the price for it. But now that may finally be true. The five-year annualized return of the Russell 2000 was negative 0.2% from March 31, 2015, to March 31, 2020. Small-cap stocks didn’t make investors any money during that time. That’s rare. The Russell 2000 was formed more than 40 years ago and since then, it’s had 436-month ends, and only 21 of those 436-month ends had a negative annualized return (so less than 5% of the time). Historically, the Russell 2000 has performed well after such periods, with average annual returns of 40.8%, 22.1% and 18.3% for one year, three years, and five years respectively.

Stock prices of small companies have underperformed relative to those of larger companies (such as the companies in the Russell 1000) in big downturns, such as the Internet Bubble Implosion and the Global Financial Crisis, then rebounded relatively more.

Historically, in part, that’s because small companies can be nimbler and often make decisions about new products or services more quickly, and benefit from low-interest-rate debt for funding projects, thus growing faster than their large-capitalization counterparts. The textbook move at the bottom of a market crash is to stock up on small caps. I didn’t. Admittedly, part of the reason I didn’t was that I was able to get exposure to small caps and still hedge my bets by using those buffer funds. But, also, large-cap companies had the resources to better continue doing business remotely and to maintain revenue in a new, socially distanced world. Since the March 23 bottom, small and large caps have been in a virtual tie, with small caps beginning to outpace their large-cap counterparts recently. I believe that part of the reason behind that is because they’ve had time to prepare for a reopening of the economy and are now better prepared to enjoy a turnaround.

The performance of small caps is more closely tied to the U.S. economy than large caps are, so with all 50 states in some form of reopening, there is potentially more growth for those companies while simultaneously having a greater defensive posture as they would be more insulated from a COVID-19 outbreak in another country. Additionally, small-cap companies should also benefit from the Fed’s Main Street Lending Program, in which the Fed will encourage banks to lend to these companies by purchasing between 85% and 95% of each loan.

The stock market’s track record of erasing bear market declines has been flawless. While I am a huge chicken with my money, I also am a huge chicken when it comes to not having enough money when it’s time to retire. To accomplish that, I am beginning to get more aggressive and allocate portions of my portfolio to small-cap stocks. Make no mistake: I am still dramatically overweight in large-cap stocks. If the reopening of the U.S. economy goes well, we expect smaller-capitalization companies to benefit the most. However, in that case, we’d expect all asset classes will have the tailwind to help them, including large caps, so we don’t feel as if we’d be leaving too much money on the table. Our new allocation is small and only intended for more aggressive portfolios.

As I submit this column on Tuesday morning, the stock market is celebrating COVID-19 vaccine news out of Merck and Novavax, and the S&P 500 has bumped its head on the 200-DMA. That puts the count at 11 vaccine candidates in or near clinical trials led by companies in China and the U.S. and one in Germany. There is something like 110 other vaccine candidates in various stages of development. Adding Merck and Novavax to the numbers isn’t game-changing, however, it shows that investors want to get back into stocks. How the stock market reacts to Tuesday’s morning rally will be telling for the weeks ahead. Will the 200-DMA create resistance and set up an 8-16% pause that refreshes? Or will the stock market’s higher prices attract more buyers as investors become increasingly confident that the more shots on goal biotechnology companies make, the more likely they are to score a vaccine?