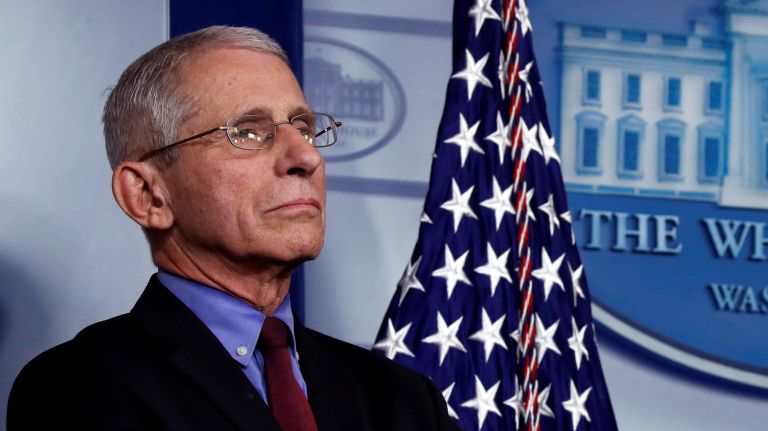 Dalton — Tuesday afternoon, April 14, coincidentally after I submitted last week’s column, I invested in more equity – the NASDAQ 100 (ETF symbol: QQQ) and the NASDAQ US Dividend Achievers Select Index (ETF symbol: VIG). As you may recall, I am just about fully invested, mostly in buffer funds (used to protect portfolios from a falling stock market while still allowing me to capture some equity upside), some traditional equity, and some higher-yielding money market accounts for my more conservative clients.

Exchange-traded buffer funds have been my primary tool to manage risk during this crisis. I was compelled to sell two of my longer-dated buffer ETFs, one that had about a 15% buffer and 10% remaining return cap, and one that had about a 6% buffer and a 23% return cap, up until Jan. 1, 2021. That trade means that roughly eight and a half months from now, I think there is a good chance that the stock market will be up more than 23%. To give you some perspective, that would put the S&P 500 pretty much right back to its previous highs.

But don’t get too excited: I’m only talking about roughly a 20% shift from buffer funds to more traditional equity. I am getting more bullish, but I’ve got so much protection in my portfolios that I can afford to make my investment portfolios risker.

Last week I cited the “whatever it takes” actions of the Federal Reserve on top of the CARES Act stimulus as reasons to get more bullish. Those are solid fundamental reasons. However, as I’ve noted, due to the COVID-19 crisis, forecasting fundamentals is nearly impossible. When you don’t have access to fundamentals, you use technical analysis. Using technicals, I have been trying to assess the oversold nature of the stock market. A challenging task for investors is to discern an oversold market that may become even more oversold from an oversold market that presents a long-term buying opportunity. Many indicators can help investors identify a washed-out market, but they can be traps because the market can get even more washed out. To be confident that a relief rally is something more than a tradeable event, we need to also see sustained buying on the other side of that capitulation — turns out that false rallies are not uncommon in bear markets.

One tool we use to determine whether or not the rally off a washout bottom is a trap is to consider the percentage of stocks on the New York Stock Exchange that are trading below their 10-week moving average and 30-week moving average. If those percentages are below 10% and 15% respectively, that’s sufficient for us to call it a washout, or capitulation. Once that happens, we look for stocks to rally back above those levels, which happened last week.

Over the last three decades, since 1989, when those 10-WMAs and 30-WMAs fell below those 10% and 15% levels respectively, then rallied higher, the stock market has had favorable one- and two-year returns. When those major market lows have coincided with major world events (Gulf War, Asian Monetary Crisis, Tech Bubble Collapse, Financial Crisis, U.S. Debt Downgrade, Chinese Yuan Devaluation, U.S.-China Trade War), then were followed by strong demand for buying stocks, markets have enjoyed outsized returns. Following those events, on average, the S&P 500 was up 22.57% 12 months later (remember, I was aiming for 23% in eight and a half months) and 38.09% 24 months later. Even more compelling of a reason for me to lighten up on buffer funds and move back into traditional equity is that after those world events, none of them were followed by negative returns 12 or 24 months later. Also, the standard deviation of the returns was low, meaning that there was a high consistency of returns, and meaning all the returns were near the average (as opposed to instances with low or zero returns).

Further, the big demand for buying stocks (such as the 90% upside days on April 6 and 8) has increased the odds that, while the low may not be in, the next 12 to 24 months will be good for stock prices. As readers may recall, I was less confident of the rally coming off the lows because there was a lack of symmetry — investors stepped in to buy stocks, but some continued selling. However, the large down days (in the form of both 80% and 90% downside says) we saw in the first two weeks of the rally failed to produce much additional selling in the most recent two weeks. There has been an important change in character for the markets, with upside being considered a possibility as opposed to it feeling, for some, that there was no possibility of anything other than downside.

If we couple the technicals with the huge amount of fiscal and monetary stimulus, I’m feeling more optimistic about the long term, though I am still not ruling out a retest. The market made a panic bottom, but when investors see how terrible the economic numbers are and that fully opening up America again will take longer than expected, we might see similar market lows not out of panic, but out of despair. The good news, according to the April 16 White House coronavirus press briefing, is that there is now a plan to get us there, appropriately called “Opening Up America Again.”

The plan lays out federal guidelines to identify necessary conditions for state governors to allow for employees to start returning to work, as well as phasing back to social gathering. According to the federal guidelines, 29 states “will be able to open relatively soon,” said President Trump. States are not legally required to follow the White House’s instructions, and many may prefer to keep restrictions tighter because, as President Trump also pointed out, “it could be that sometime in the fall there could be some flare-ups (in COVID-19 outbreaks).” The White House guidelines offer no timelines. Instead, the plan lays out three phases to guide states toward incrementally loosening restrictions. Nonetheless, the stock market likes clarity, and this was largely what it — and all of us — wanted to know: that we’ll someday get back to business and life as usual.

And now the bad news

Listen, I’m clearly getting more aggressive. But I am the type of guy who feels more pain from losing money than joy in making money. That’s my bias. I don’t think it’s fair to compare COVID-19 to the Spanish flu, but in my non-work life, I tend to use hyperbole to make conversational points. Let me experiment with that here, in terms of why I’m still hedging pretty much all my bets. Less than a year after the mortality rate of the Spanish flu hit zero, the U.S. economy went into a year-and-half-long recession, and the Dow dropped 46%.

As I said, it’s not a fair comparison. And even if it were, it’s not a significant enough sample size to matter. The point I’m trying to make is that, well, we just don’t know. We don’t know the timelines of business getting back online. We don’t know if we’ll have a second wave of COVID-19 outbreaks in the fall, but we do know that Scott Gottlieb, the former Food and Drug Administration commissioner who is advising the Trump administration on its coronavirus policy, sees a that as a very real possibility.

I have said that the timetable will be dictated by the virus, and we can’t predict that. Dr. Anthony Fauci, the head of the National Institute of Allergy and Infectious Diseases, agrees. Regarding getting America back to business as usual, he said last Wednesday: “I think that’s going to be determined by the virus, not by anybody’s proclamation. If there is a lot of virus around, I think it would not be prudent to be putting people in close quarters the way we did before coronavirus. If we get back to some degree of normality, I think it is possible. But I cannot predict. The answer is none of us know at this point what the situation is going to be like in the fall.”

As readers will recall, last week I wrote: “If the S&P 500 can possibly break above 2,792 points, it has a chance to run to 2,936 points (based on a technical indicator called the Fibonacci Retracement, which calculates areas of possible support and resistance for the market). My best guess is a less-worse retest than I was expecting a couple weeks ago, and then a challenge of the 2,936-level that takes months — not weeks — to get above. If I sound pessimistic, keep in mind that I am being more optimistic than history would suggest. The Dow Jones Industrial Average fell 37.1% from its February 2020 high to its March 2020 low. There were 11 other times when the Dow fell at least 37.1% from its peak to and, on average, the retest of that low occurred 137 days after hitting that first 37.1% drop. If the historical average became reality, that would mean the final low of this bear market would be made Aug. 7. That doesn’t mean it has to be a lower low –—after all, the Fed just stepped in to try to defend us from a lower low.”

We broke 2,792 points last week. What does that mean for the weeks ahead? My best short-term guess (and it’s totally a guess) is that if the S&P 500 can reach 2,936, it’ll be challenging to get above it. My best guess is that the volatility isn’t over and that a correction isn’t far off.