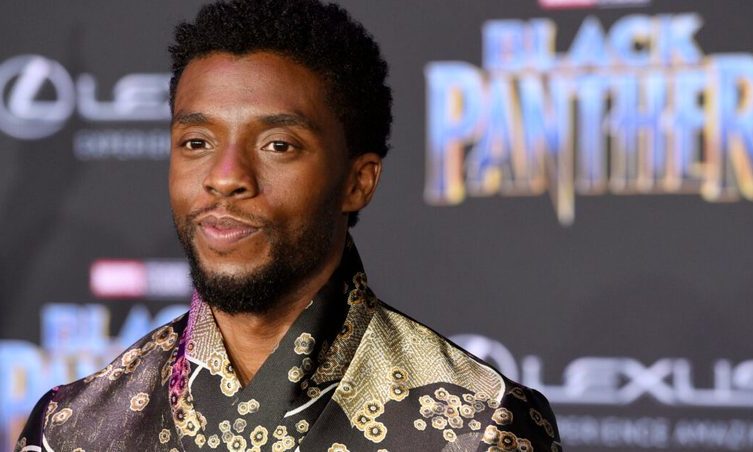 In this Jan. 29, 2018 file photo, Chadwick Boseman, a cast member in "Black Panther," poses at the premiere of the film in Los Angeles. Actor Chadwick Boseman, who played Black icons Jackie Robinson and James Brown before finding fame as the regal Black Panther in the Marvel cinematic universe, has died of cancer. His representative says Boseman died Friday, Aug. 28, 2020 in Los Angeles after a four-year battle with colon cancer. He was 43. (Photo by Chris Pizzello/Invision/AP, File)

West Stockbridge –– August is a cruel month, as youthful celebrity royalty posthumously attest. Forty-three years ago, it was the “King of Rock and Roll.” Twenty-three years later, it was Diana, Princess of Wales. And this year, it is Chadwick.

As one who burning loved them all, I am gently reminded that August, die she must. But when I refer to Elvis as the “perfect man,” more than a few friends tease me and rhetorically ask, “Why, because he’s dead?” No, you silly geese. Elvis’s voice was perfectly singular, his acting chops perhaps less so. Still, his collaboration with Mary Tyler Moore in 1969’s “Change of Habit” is one that I count as a how-great-thou-art religious experience. Please, don’t be cruel to a heart that’s true; she made it after all.

The odd resemblance between one of my other heartthrobs, Shaun Cassidy, and Lady Di, well, they practically had the same hairdo for a while, confusing to my adolescent brain back then. But it didn’t take much to see that the lady and the prince were ill suited for each other. Due to a crazy-ass family camping trip in the summer of 1981, I never actually saw the Royal Wedding. I do, however, plan to see Kristen Stewart play the blueblood in “Spencer,” set to begin production early next year.

It should also be noted here that I took to my bed for roughly a week in the wake of Katharine Hepburn’s death, mostly because I mistakenly thought she was immortal. Alas, Lady Di’s death hit me harder because she was so young. And more than two decades on, her death still culturally reverberates.

To wit, in the hellscape that is America at the moment, we now know two things, equally distressing. First, we have Dr. Mary L. Trump telling us in “Too Much and Never Enough” how she remained closeted to her family in the wake of her paternal grandmother’s comment about Princess Diana’s funeral, “It’s a disgrace they’re letting that little faggot Elton John sing at the service.” And we just saw Ivanka Trump hysterically introduce her father at the Republican National Convention as “the people’s president.” Newsflash: Neither Donald nor Ivanka are of the people, for the people, or by the people. And surely, they have no idea where or how this phrase fits in with basic US history. Put another way: Government of their crime family, for their crime family, and by their crime family will perish from the earth.

Second, as Maryanne Trump Barry’s secretly audiotaped word “besotted” is used to describe her brother’s feelings toward his daughter, we’ve also heard in past  interviews with Howard Stern that President Trump claimed he could have slept with Princess Diana. This erotomanic delusion is also echoed in his ghost written “The Art of the Comeback,” a pulp fiction comic book that lists “play golf” as the number one top ten tip for success. As most of us know by now, Diana was involved with Muslim men toward the end of her life. And she never would have given such an ugly American whose pronouns are I/me/mine so much as a fleeting thought.

America the beautiful is tired of losing: our people, to coronavirus; our institutions, to an unfit president and his sheepish enablers; and our dignity to global ostracism. Fortunately for us, the eternal beauty of Chadwick Boseman’s superheroic life will be felt for generations to come, His Highness T’Challa’s reign over Wakanda is not term limited, and “Da 5 Bloods” is still streaming on Netflix. And while his untimely death this week during a pandemic is somehow surprising and somehow not, the wholesale slaughter of Black men and unequal health risks for people of color in contemporary America are at long last being recognized as the unsustainably indefensible racism that all healthy and self-respecting societies repudiate and reject.

Our sorely needed redemption plan lies squarely in the rebirth of our nation, which Elvis, Diana, and Chadwick all understood far more clearly in their foreshortened lives than the Circus Clown hunkered down at 1600 has ever once considered. That we should all channel our integrated grief straight to our better angels and save the republic this Nov. 3rd is what sweet dreams are made of and better days ahead will surely bring.