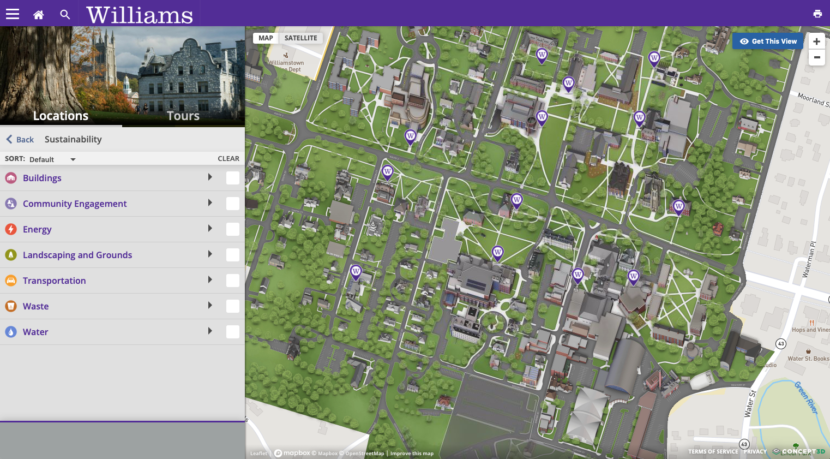 Williamstown — Following the lead of Middlebury College in Vermont, a newly created interactive map of the Williams College campus highlights the college’s sustainability initiatives ranging from solar panels to rain gardens. It also provides a self-guided audio tour— the first of its kind—for visitors to learn more about sustainability.

Over the course of the fall 2018 semester, Williams senior Korinna Garfield ’19 and the college’s Zilkha Center sustainability coordinator Caroline Bruno ’15 incorporated sustainability features into the new map to help raise visibility about how sustainability is integrated into the Williams campus.

The map’s features are grouped into categories that include Buildings, Community Engagement, Energy, Landscaping and Grounds, Transportation, Waste, and Water. While many colleges have online interactive maps, it is still not common to include sustainability features as part of a spatial representation of the campus. A key priority for Williams, sustainability is integrated into how the college community experiences the campus’ physical location on a daily basis. Williams undertook the project as a step toward becoming a more inclusive and sustainable campus.

Pittsfield — The Nonprofit Center of the Berkshires will present the Massachusetts Nonprofit Network’s regional visit Thursday, Feb. 28, from 10:30 a.m. to 12:30 p.m. at Hotel on North.

This year’s meeting will feature a presentation and discussion on the reasons why a complete census count is important for Massachusetts, the challenges facing the 2020 census in particular and the role that nonprofits can play to help ensure an accurate count.

“The 2020 Census will be the first high-tech census offering an internet response option,” stated Mary Jo Hoeksema, co-director of the Census Project. “We want an accurate, inclusive count because the numbers determine the fair, equitable and geographic distribution of some $600 billion annually in federal assistance to programs that nonprofits rely on to target and deliver services.”

The event is free and open to all Berkshire nonprofits. Light refreshments will be provided. For more information or to register, contact the Nonprofit Center of the Berkshires at (413) 441-9542 or liana@npcberkshires.org.

Pittsfield — Goodwill Industries of the Berkshires has announced that it has received a donation of $7,500 from Greylock Federal Credit Union in support of its Suit Your Self program, which includes a planned expansion of the program in the northern Berkshires.

Suit Your Self assists job seekers with job interview preparation, employment coaching and business attire at no charge, providing program participants with a support system and the opportunity to gain self-confidence as they enter or re-enter the workforce. Goodwill operates Suit Your Self at its Pittsfield and North Adams regional centers. Planned improvements include a dedicated classroom space and enhanced services at Goodwill’s retail location at 166 State St. in North Adams and the establishment of a Suit Your Self program and classroom in Williamstown, scheduled to open this year. 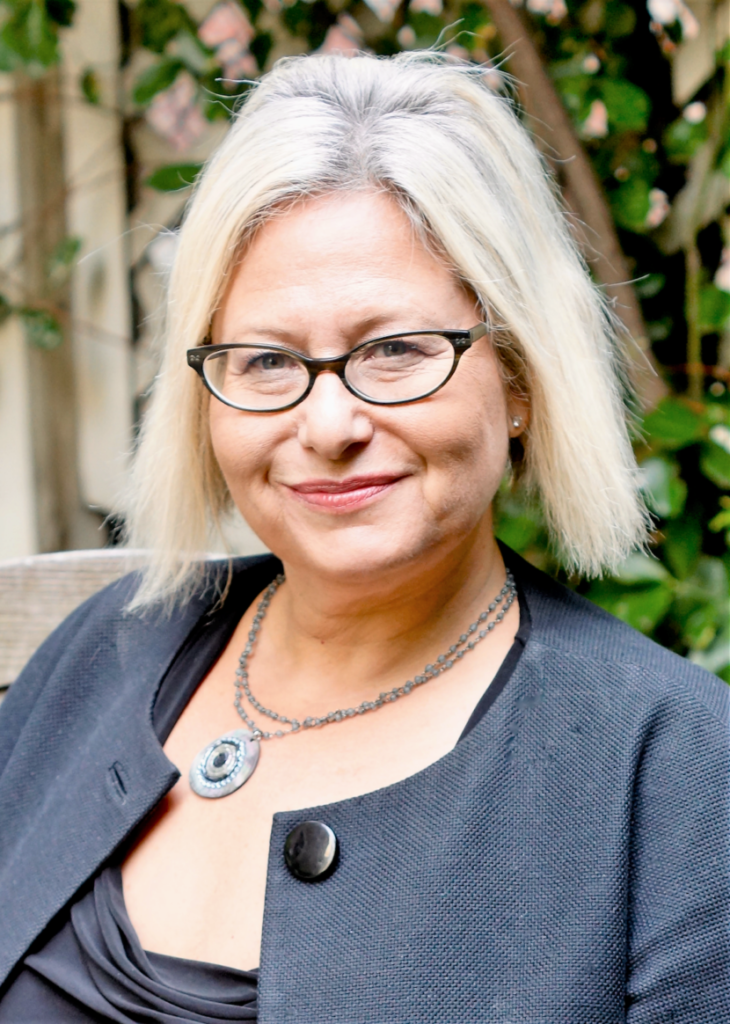 Pittsfield — Berkshire United Way has announced it has hired Ilene Marcus as its director of development. Marcus joins the organization with more than 30 years of experience in social service programs, policy development, operations and revenue generation. Marcus will be responsible for developing engagement strategies and leading fundraising efforts to increase revenue.

Prior to joining Berkshire United Way, Marcus founded Aligned Workplace, at which she consulted on creating revenue-generating teams. She has served as chief strategy officer of the Met Council, where she grew the organization’s major gifts campaign from $3 million to $8 million annually and increased grant revenue by 33 percent. She also served a two-year term on the executive board of the New York City chapter of the National Association of Social Workers. She holds both a Master of Science in social work and Master of Public Affairs from Columbia University. A native of New York City, Marcus resides in Monterey, where she currently serves on the boards of the council on aging, and the parks council and is the fundraising chair of the Friends of the Monterey Library. 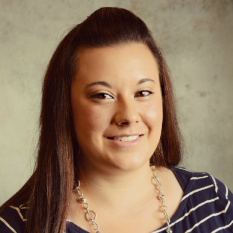 North Adams — Berkshire Family and Individual Resources has announced that Katrina Cardillo has joined as its director of marketing.

Cardillo’s experience spans over a decade. After several years in the automotive industry at Dominion Dealer Solutions, she changed careers and has worked in human services for the last five years. Most recently, she was the director of marketing and development at Berkshire County Arc. She holds a master’s degree in business from Massachusetts College of Liberal Arts and a certificate in marketing strategy from Cornell University. Cardillo serves on MCLA’s Master of Business Administration Advisory Board and is a member of the 1Berkshire Class of 2014 Berkshire Leadership Program. Cardillo also volunteers as a marketing consultant for the Northern Berkshire United Way.