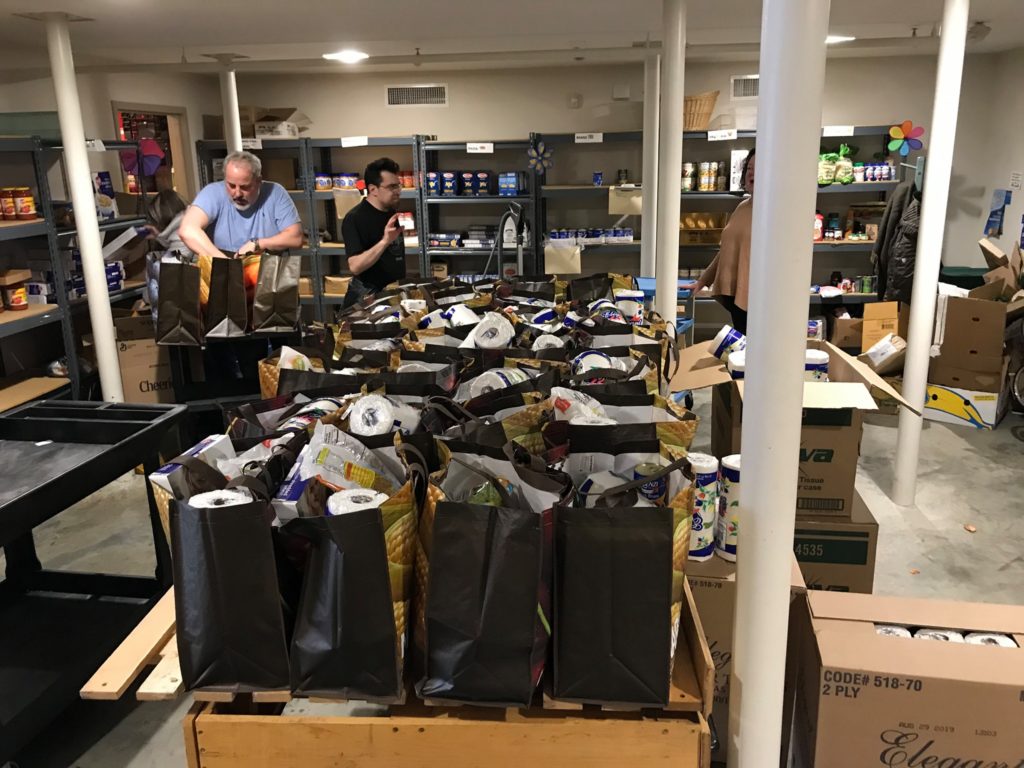 The fundraiser exceeded its goal of 500 books, with participants logging their progress in the library’s Beanstack app. Eighty-one people logged at least one book each for a total of 588 books. People of all ages participated in the fundraiser.

The initiative grew out of a desire to bring the whole community, year-round residents and second homeowners alike, together to help those residents whose experience of the COVID-19 pandemic has been coupled with economic and food insecurity. Although the official fundraiser is over, individuals are still encouraged to donate time, food and/or money to the People’s Pantry as well as to the Friends of the Great Barrington Libraries.

Great Barrington — The Nonprofit Center of the Berkshires has created a Breakfast Club in support of the Berkshire Nonprofit Awards breakfast and NPC’s new Philanthropy in the Schools program. The $275 sponsorship is targeted to local businesses and individuals. Fifty percent of the proceeds will fund NPC programs for nonprofits, including the Berkshire Nonprofit Awards, and 50% will fund the rollout of the philanthropy program in fall 2020. The program is being piloted at Reid Middle School in Pittsfield, where it continues virtually through the end of the school year.

Funded by Guardian and meeting many state curriculum requirements, the program also provides each student with $100 to donate. Students have learned about famous youth philanthropists, the Berkshire nonprofit sector, and how to identify their passions and interests. After researching local nonprofit organizations, the students will present their findings to each other and vote on one or more nonprofits to support. They will experience the joy of giving in a virtual meet-up with the nonprofit recipients.

Breakfast Club sponsors will be acknowledged at the virtual Berkshire Nonprofit Awards Tuesday, May 19, and throughout the program rollout. For more information, contact the Nonprofit Center of the Berkshires at (413) 441-9542.

Great Barrington — The Great Barrington Historical Society has announced its receipt of a matching funds grant of $7,500 from Preservation Massachusetts in partnership with the 1772 Foundation for exterior work on historic buildings. The award will allow GBHS to address needed repairs to windows in the main farmhouse as well as an entry door and windows in the wagon house addition.

One of the cornerstones of GBHS’ mission is the creation of a town museum at the historic Wheeler Farmstead on South Main Street. The grant will support GBHS’ continued efforts to create a place where the community may examine GBHS’ collection of artifacts, participate in meetings and workshops, and conduct research into the history of the people and places in the Southern Berkshires.

Of the 82 Massachusetts historic organizations that applied for the matching grant program from Preservation Massachusetts, 14 projects amounting to $100,000 were selected. GBHS was the only project selected in Berkshire County.

North Adams — Travis McCready, a senior consultant and thought leader with over 20 years of economic development expertise in not-for-profit institutions, has joined Lever’s board of trustees, effective April 2020.

From 2015 through 2019, McCready served as the president and CEO of the Massachusetts Life Sciences Center, a $1 billion public-private partnership with the mission of advancing the life sciences ecosystem in Massachusetts. Previously, he served as the vice president for programs at the Boston Foundation, directing the Foundation’s grants and community investment strategy. He was the first executive director of the Kendall Square Association and has held the COO and CFO positions at the Massachusetts Convention Center Authority. He is a frequently invited speaker on leadership development, innovation clusters and economic growth, and the creative economy. McCready received a Bachelor of Arts from Yale University and a Juris Doctor from the University of Iowa. He and his wife, Tanya, reside in the Boston area and hold a deep affection for the Berkshires.

As Almquist steps into the role of school director, she will continue serving as the eighth-grade class advisor as well as teaching main lesson blocks to her students through eighth grade, which they will complete in June 2021.

Almquist joined HVWS in 2013 as a class teacher. She has received two master’s degrees, studied in a Ph.D. program, and completed her Waldorf teacher training at Hawthorne Valley’s Alkion Center.