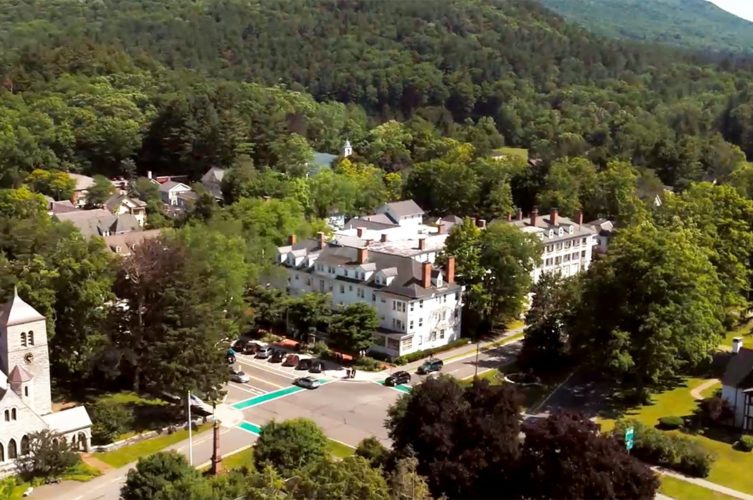 Stockbridge — Max Scherff has been appointed general manager at the Red Lion Inn. In his new role, Scherff will oversee the hotel’s operational strategy to ensure the execution of Main Street Hospitality Group’s standards of service and hospitality. Scherff will be responsible for creating and maintaining a customer-driven hotel. Additional responsibilities include collaborating with MSHG’s vice president of operations and director of finance on budget concepts for the entire property.

Hylan most recently worked with the Refugee Health Alliance in Tijuana, Mexico, providing nurse-midwifery and primary care to patients and asylum seekers living in migrant camps. She has also worked at the Naval Hospital Camp Pendleton in California and for San Diego federally qualified health center North County Health Services. Earlier, she worked as a registered nurse in Tennessee, focusing on obstetrics and gynecology.

Before pursuing a nursing career, Hylan worked for nonprofit organizations in New England and in Senegal, Africa, including two years with the Peace Corps as a sustainable agriculture specialist. Hylan is a graduate of Vanderbilt University’s master’s degree program in nursing with a specialty in nurse-midwifery and family nurse practitioner. She earned her undergraduate degree in biology and anthropology at Bucknell University. She is also a member of the Sigma Theta Tau international nursing honor society.

NPC Berkshires to host workshop on the importance of volunteers

Great Barrington — On Thursday, June 11, at 10 a.m., the Nonprofit Center of the Berkshires will host the online workshop for nonprofits “Volunteers Matter: Strategically Engaging Volunteers to Maximize Your Impact” presented by Lisl Hacker.

The workshop will share information, best practices and tools to help organizations re-envision how they utilize the skills and time of volunteers as well as provide examples of systems that support effective volunteer management.

Hacker has been a part of the national service field for the last nine years, first as an AmeriCorps program officer for YouthBuild USA, before joining the Massachusetts Service Alliance in 2014 as a consultant and then becoming its director of training and technical assistance in 2015. Her main responsibilities include oversight of MSA’s Volunteer Generation Fund and Commission Investment Fund grants, which include the implementation of a variety of training initiatives throughout the state. Hacker holds a Bachelor of Arts in German and psychology from Bowdoin College and a Master of Social Work and a Master of Education from Boston University.

The cost of the workshop is $15 for NPC members and $20 for nonmembers. Registration is required. For more information or to register, contact the Nonprofit Center of the Berkshires at info@npcberkshires.org.

Lakeville, Conn. — Salisbury Bank and Trust Company has announced the promotion of two of its employees.

Linda King has been promoted to assistant vice president, human resources. King has been with Salisbury Bank for 33 years, the past 16 in her current role as HR specialist. She has earned the distinction of Employee of the Quarter three times and received the first Employee of the Year award in 2013. King is active in the community and currently serves as president of Canaan Child Care Center and is a member of the Canaan Railroad Days committee.