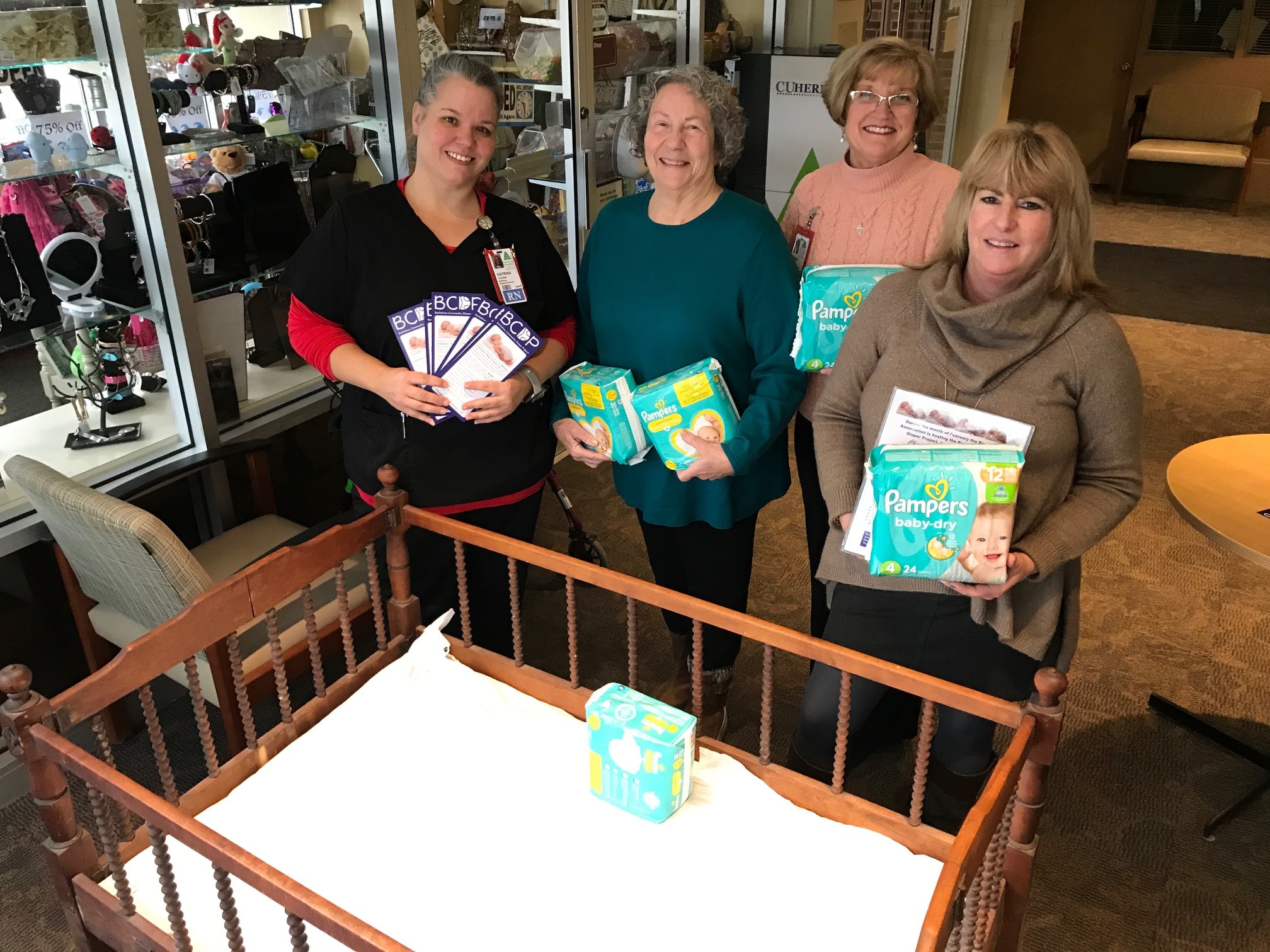 Lenox — WAM Theatre has announced the appointment of new board members Erica Barreto and Toni Buckley.

Barreto is an alumna of the 2019 Creative Community Fellows program through National Arts Strategies, an advisor to the multicultural alliance program at Berkshire Arts & Technology Charter Public School, and the coordinator of the Massachusetts College of Liberal Arts Institute for the Arts and Humanities. As a multicultural educator, arts administrator, and experiential workshop facilitator, she is a creative rulebreaker and community changemaker interested in promoting the arts and humanities as equity-centered strategies for systems change.

Buckley, a Syrian raised in the Rhineland of Germany, holds a Master of Arts in communication design and is nearing completion of her master’s degree in management of nonprofits and cultural organizations. She works as director of alumni relations at Berkshire Community College. Among her many volunteer interests, Buckley co-founded the Hoping Machine at the Guthrie Center; is a member of the MASS MoCA Community Advisory Network; represents the immigrant community on the Berkshire Leadership Impact Council; and is a member of Jacob’s Pillow’s Pittsfield Moves!.

Parker is a senior arts administrator who joined Lincoln Center in 2002 serving in a variety of leadership roles, most recently as Lincoln Center’s chief operating officer. As COO, she was responsible for the management of Lincoln Center’s 16-acre campus. Her scope of responsibility included oversight for the production, performance, and rental activities in Lincoln Center’s venues as well as all operations of the campus. She also provided the strategy and direction for all aspects of human resources and labor relations. Additionally she had responsibility for Lincoln Center’s capitol initiatives, including the David Rubenstein Atrium and David Geffen Hall. Parker is a graduate of Philips Andover, Ohio Wesleyan University, and Columbia University Business School’s Institute for Not-for-Profit Management.

A curator of contemporary theater, dance and performance, Lester has produced and presented performances by artists from around the world. At the Fisher Center, his recent commissions include the premiere of Pam Tanowitz’s “Four Quartets,” Ronald K. Brown and Meshell Ndegeocello’s “Grace,” Daniel Fish’s “Oklahoma!” and others. For seven years he co-curated Crossing the Line, a transdisciplinary arts festival in New York City, and has also served as artistic director and resident dramaturg at the American Repertory Theater in Cambridge, Massachusetts. He previously taught at Harvard University, where he was a Fulbright and Frank Knox scholar; and Columbia University School of the Arts, where he founded the Arts Collaboration Lab in association with P.S. 122. His translations include plays by Marivaux, Büchner and Brecht; stage adaptations include Kafka’s “Amerika,” Wim Wenders’ “Wings of Desire” and Bulgakov’s “Master and Margarita.” Lester has a bachelor’s degree from the University of Oxford and diploma in dramaturgy from Harvard University.

Petell has demonstrated leadership and recruitment success in various roles with GE Plastics and SABIC, and most recently with General Dynamics Electric Boat and the Compass Group. Petell was the 2016 recipient of BUW’s Daniel C. Dillon Helping Hands, Caring Heart Award for her volunteer efforts in the county. In addition to her work with BUW, she led the citywide science fair at the Berkshire Museum, sat on the steering committee for 1Berkshire’s Youth Leadership Program and volunteered with Central Berkshire Habitat for Humanity. She is also a 2007 graduate of the Berkshire Leadership Program.

Presenter Lance Leifert of Conquest Consulting holds a degree in engineering and computer science from of the University of Connecticut and taught as an adjunct professor there for over 10 years. He formed Conquest in 1997 as a digital agency and then converted it to an integrated marketing agency in 2015. Under Leifert’s leadership, Conquest has worked with clients such as Hartford HealthCare, Aetna, United Technologies and Midstate Medical Center.

The seminar is free and open to the public. A snow date, if necessary, has been planned for Thursday, Feb. 27. Reservations are suggested, but not required. Reserve a spot online or, for more information, contact Genia Wilson at (860) 453-3496, or email evwilson@salisburybank.com with “Reputation” in the subject line.

Pittsfield — Berkshire Community College has announced the hiring of new faculty and staff on campus as well as new positions for other current staff.

Emily Williams, Ph.D., has been hired as special assistant to the human resources director. Williams holds a master’s degree from Virginia Commonwealth University and a doctorate from Clark Atlanta University. She received a certificate in management and leadership in education from Harvard University. Williams has worked in academia since 1990 in various capacities as provost/vice president of academic affairs, academic dean, department chair and tenured professor. She was awarded a Fulbright fellowship in the early 2000s to the University of the West Indies at Mona, inKingston, Jamaica. Williams has published six books and has two additional works currently under contract.

Jose Colmenares, Ph.D., has been hired as associate professor of engineering. Previously, Colmenares taught at Farmingdale State College, and worked in the engineering industry for nine years on research and development of engineered industrial coatings. He earned his undergraduate degree in mechanical engineering studies at Universidad Central de Venezuela in Caracas, and his doctorate in materials sciences from SUNY Stony Brook.

Nolan Fernandez has been hired as the special programs coordinator for the STEM Starter Academy. Fernandez is a BCC alumnus, having received his degree in biology before earning his bachelor’s and master’s degrees from UMass Amherst. Fernandez previously worked and ran the mosquito control program for the town of Nantucket.

Colleen Hunkler has been hired as the special programs coordinator: data analyst nursing. Hunkler has worked with BCC in the past as a clinical adjunct instructor. Hunkler has many years of nursing experience in long-term care and acute care as well as informatics and information technology experience. She received her bachelor of science in nursing from UMass Amherst and her associate degree in nursing from BCC.

Kara Potter has been hired as assistant professor of nursing and has previously worked as a clinical adjunct instructor with BCC’s ADN program. Potter has experience in both long-term care and acute care. She also currently works at Berkshire Medical Center and has been teaching in the evening certified nursing assistant program. Potter earned her Bachelor of Science in nursing from Drexel University and her associate degree in nursing from Southern Vermont College.

Robin Cookis, another BCC alum of the ADN program, has been hired as assistant professor of nursing. Cookis has worked in many different roles at BMC for years but most currently on the stroke unit. She also teaches in the evening CNA program. Cookis received her Bachelor of Science from Elms College.

Maryrose Williams has also been hired as assistant professor of nursing and has previously worked as a clinical adjunct instructor with BCC’s ADN program. Williams has 12 years of experience in acute care and is currently finishing her master’s degree in nursing at Southern New Hampshire University, where she also earned her Bachelor of Science in nursing. She graduated with an associate degree in nursing from BCC.

Tattiya Maruco has been hired as the coordinator of instructional technology and design. She is also an adjunct faculty instructor in communications and psychology. In her new role, Maruco will be working with faculty on online and hybrid course design and delivery, integrating technology into face-to-face classes and providing support for evidence-based learning. Maruco has a Bachelor of Arts from San Francisco State University and a Master of Arts from University of Wisconsin-Madison.

Christina Duncan has joined the enrollment services team as an admissions counselor. Duncan graduated with a Bachelor of Arts in literature from Bard College, where she was also a peer leader. At Bard, Duncan was a citizen science teaching fellow, and supported first-year students and collaborated with faculty.

Heather Seely has joined BCC as the administrative assistant II to the dean of business and outreach. Previously, Seely worked for the Darrow School in New Lebanon, New York, and brings a diverse background in executive support as well as advancement and alumni relations, and business development from positions at Hillcrest Educational Centers, Hancock Shaker Village and Becket-Chimney Corners YMCA. She received her Master of Science from Springfield College.

Rachel Deschamps, who was previously working in student financial services, has taken a new position at the South County Center in Great Barrington as an administrative assistant.