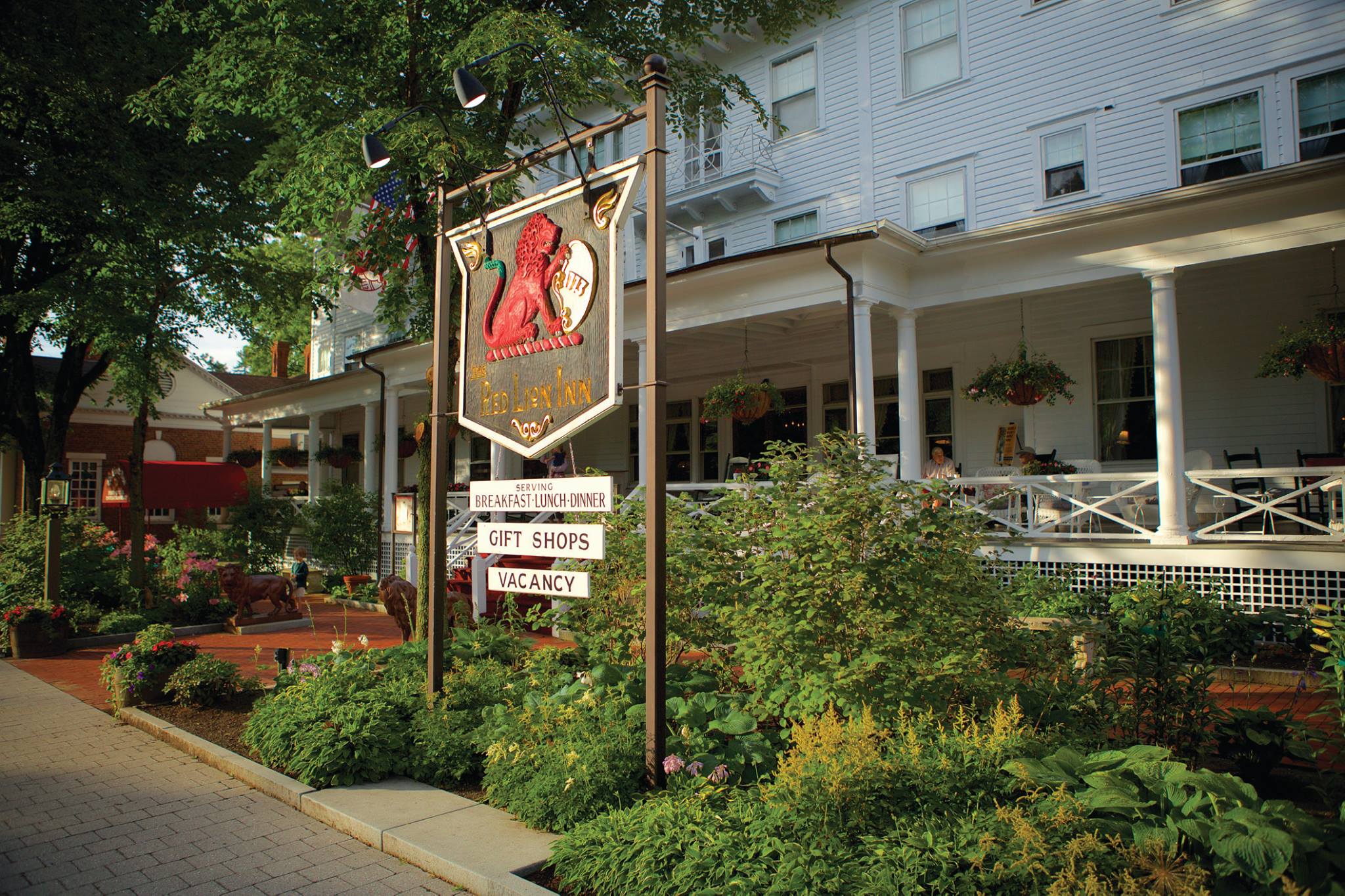 Stockbridge — Main Street Hospitality Group CEO Sarah Eustis has announced the company’s commitment to enhancing and intensifying its ongoing sustainable practices. Programs include a partnership with Clean the World, large-sized refillable room amenities at all hotels, elimination of plastic straws and drink stirrers, elimination of single-use plastic bottles, and more.

In addition to increased energy efficiencies in heating and lighting, a water-saving on-request linen laundry service, and rigorous recycling of plastic and metals, the company’s best practices include a major food composting program in partnership with local farmers. The Red Lion Inn alone collects nearly 36 tons of compostable food and end products per year of that are delivered to local composting farms for the benefit of regional farmers.

By the summer, all MSHG properties will have phased out individual bath amenities products for large-bottle amenity dispensers. Since 2018, MSHG has partnered with hospitality recycling and waste reduction program Clean the World to collect used soaps and small bottled amenity products, which are shipped to be sanitized, reprocessed and reformed to create new soaps and hygiene kits that assist with disaster areas, homeless shelters and impoverished communities worldwide.

The company will continue to work with Clean the World to repurpose small face soaps once the bulk amenity dispensers are in place. Since the partnership began, MSH properties have contributed a combined 1,560 pounds of waste soap or more than 25,000 partial bars of soap that were converted into nearly 3,500 large bars of soap for distribution. At the same time, 686 pounds or nearly 11,000 bottles of amenity plastic were collected and reprocessed into 1,830 hygiene kits that have been distributed by Clean the World to those in need.

Stockbridge — Chesterwood will host a convening of the Historic Artists’ Homes and Studios program membership Wednesday, April 24, through Friday, April 26. The convening will assemble 80 staff and special guests from over 40 preserved artists’ homes and studios nationwide as well as eight colleagues from preserved sites in the United Kingdom, all meeting to discuss innovation in interpretation and stewardship occurring at these types of sites and museums.

Chesterwood and HAHS staff collaborated with local partners to enhance the meeting. The conference will be based at the Red Lion Inn. The Norman Rockwell Museum will host the attendees for a special tour and discussion, including a visit to Rockwell’s studio Thursday, April 25; and Chesterwood will host the group later the same afternoon for a tour and wine and cheese reception. The Frelinghuysen Morris House and Studio in Lenox will host the group Friday, April 26, for a tour, hands-on art exercise and small reception. Williams College economics professor Stephen Sheppard will address attendees at a luncheon presentation Thursday, April 25, titled “The Economic Impact of Art.”

The program will also include presentations by 20 attendees on innovation at their respective sites, all competitively selected earlier this year through an open call for papers. A Wednesday evening keynote lecture will be given by Wanda M. Corn, who will discuss her world-touring exhibition “Georgia O’Keeffe: Living Modern” and its accompanying catalogue. Thompson Mayes, author of the publication “Why Old Places Matter” will also speak to the group during the workshop.

The HAHS program is administered through Chesterwood. The group was launched 20 years ago with a convening of its 18 original members at the Red Lion Inn. “It seems extremely fitting that we come back to the place where it all began,” said Donna Hassler, HAHS administrator and executive director of Chesterwood. “We have a great deal to reflect on, to celebrate, but also to plan for the future for as the program continues to grow and thrive.”

West Stockbridge — Stage, film, and television star Allison Janney has pledged a matching grant for Bazaar Productions Inc./Berkshire Fringe’s online fundraising campaign for the relaunch of the 12-year-old organization’s programming in its new home at the Foundry. The actor endorses the nonprofit in a short testimonial on social media, sharing her thoughts about how theater “has the power to heal and inspire…”

Purchased by Berkshire theater artist Amy Brentano, the building will launch programming in early summer. The Foundry will hold the work of many companies and artists with missions that align with the building’s objective to produce exciting yet accessible performance that brings the community together. The property is also home to the West Stockbridge Farmers Market.

Bazaar Productions’ summer season will include “Particularly in the Heartland,” a play about losing sight of America and trying to fall back in love with it. Originally developed and produced by Brooklyn-based ensemble the TEAM, Bazaar Productions co-founder and co-artistic director Sara Katzoff will direct the piece in August at the Foundry.

In order to receive the CRPC designation, Nate Tomkiewicz, 22, who began at BMM as an intern three years ago, completed over 40 hours of rigorous coursework work with the College for Financial Planning that concluded with a qualifying exam. In addition, Tomkiewicz recently received his Bachelor of Science in business from the Massachusetts College of Liberal Arts and became a full-time financial advisor at BMM.

Bennington, Vt. — Poetry at Bennington, a program of short-term residencies that brings established and emerging poets to Bennington College for public readings and close work with students, has been endowed with a gift of $4 million from longstanding donors to the College.

Since it was established in 2012, Poetry at Bennington has brought more than 50 poets to campus, including U.S. Poets Laureate and Pulitzer Prize winners, along with a diverse range of emerging and established poets. During the short-term residencies, the poets give public readings and engage directly with students through question-and-answer sessions, craft lectures, master classes, group writing exercises, and individual consultations. The events are free and regularly attract students from neighboring colleges as well as poetry enthusiasts across southern Vermont and western Massachusetts.