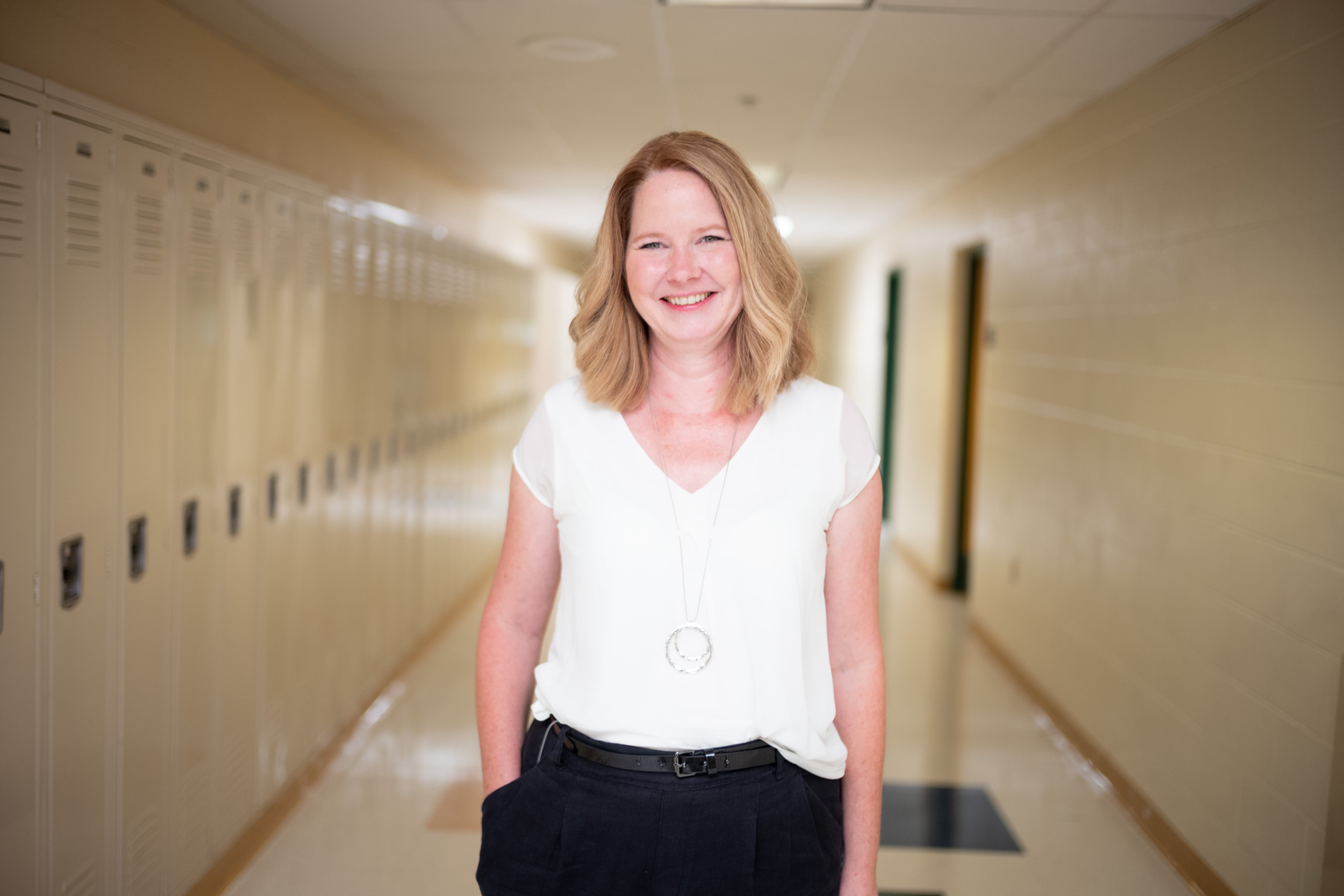 Sheffield — Berkshire Taconic Community Foundation has announced that Jane McEvoy, an English teacher at Lee Middle and High School in Lee, has been awarded the 11th annual James C. Kapteyn Prize for excellence in teaching. She will receive a $10,000 award for study or travel to enrich her teaching, and the school will receive a $2,000 grant in her name.

McEvoy joined the Lee Middle and High School faculty in 2010. She primarily teaches 11th-grade English classes, including a college-level advanced writing course, and serves as the chairperson of the English department. She founded the school’s social justice club to encourage compassionate conversations about topics such as equality, diversity and politics. The club has become the district’s largest nonathletic co-curricular activity, and its members have hosted events ranging from an equality fair to a school-wide mock election.

“She brings out the best in her students—in both the academic and humanistic realms,” Principal Gregg M. Brighenti wrote in a letter nominating McEvoy for the prize. “Her students leave our school better people, infused with a love of learning that they will bring with them into their future lives, and with minds trained to be inquisitive and compassionate.”

In a written statement, McEvoy says she teaches to “discover the remarkable in each child, to foresee his or her incredible future and to navigate the present in such a way as to make it so. I teach because I believe in the limitless possibilities of the human mind and the human soul. I teach because it is my calling.”

McEvoy will receive the Kapteyn Prize during an award ceremony Sunday, Oct. 27, from noon to 3 p.m. at Lee Middle and High School.

Stockbridge — Prado de Lana Sheep Farm Yarn & Wool Shop will celebrate the opening of its new store at the back of the Seven Arts building Saturday, Oct. 26, from 10 a.m. to 5 p.m. and Sunday, Oct. 27, from noon to 4 p.m. Attendees will be able to meet their sheep Hazel, Cameron, Lacie and Esme while enjoying light hors d’oeuvres.

Pittsfield — Entrepreneurship for All Berkshire County ran its first All-Ideas Pitch Contest last week at the Berkshire Museum, awarding first prize of $1,000 to Kaitlyn Pierce of Binka Bear, a product that helps wean children off pacifiers. Pierce also won the Fan Favorite award of $500. The second-place prize of $750 went to Michelle Latimer and Leia Miller for their idea “413 Bubbly,” a mobile prosecco/sparkling wine business. Third place went to Erin Laundry of Bottomless Bricks, a building-block birthday party business with a storefront in Adams.

Over a hundred members of the community attended the event to support the new business ideas. Eleven individuals were invited to showcase and eight pitched their ideas. The pitch contest judges were Evan Valenti of Steven Valenti’s Clothing for Men, Jodi Rathbun-Briggs of Greylock Federal Credit Union, John Lewis of Sp3ak Easy Studio, Laurie Mick of Pittsfield Economic Revitalization Corporation and the city of Pittsfield, Linda Dulye of Dulye & Co., and Lindsey Schmid of 1Berkshire.

The study comes at a time when suicide is the 10th leading cause of death in America, according to the American Foundation for Suicide Prevention. The group also reported that in 2017 some 47,173 Americans died by suicide, with an estimated 1,400,000 suicide attempts.

While previous studies on patients diagnosed with sleep and circadian rhythm disorders have examined the relationship between disturbed sleep and suicide, this project represents the first of its kind to focus on sleep disruption, interpersonal relationships, and suicidal thoughts as experienced in the moment by patients with chronic and severe mental illness.

“In suicide research, the majority of studies focus on risk and protective factors for suicide, the broad things that are familiar to most people like depression, hopelessness, and impulsivity,” Lewis said. “This work focuses on who might be at risk on more of a momentary level, as well as how sources of risk might interact with personality factors to increase the immediacy of danger for a particular individual.”

“Poor sleep quality disrupts our ability to regulate our emotions, thoughts, and behaviors, which can then lead to an increase in suicidal thoughts and behaviors” Cain said. “This study will allow us to investigate the cumulative effects of sleep disruption on momentary risk for suicide.”

The overall study, which begins this year and will conclude in 2021, involves patients at the Rutgers University community-based psychological services center; the LIU Brooklyn counseling center; and the Austen Riggs Center long-term residential treatment facility.

Mancivalano joined Greylock in 2016. She is a graduate of Wahconah Regional High School and holds a Bachelor of Science in business administration from Massachusetts College of Liberal Arts. She volunteers as a 1Berkshire ambassador and a Dulye Leadership Experience event coordinator.