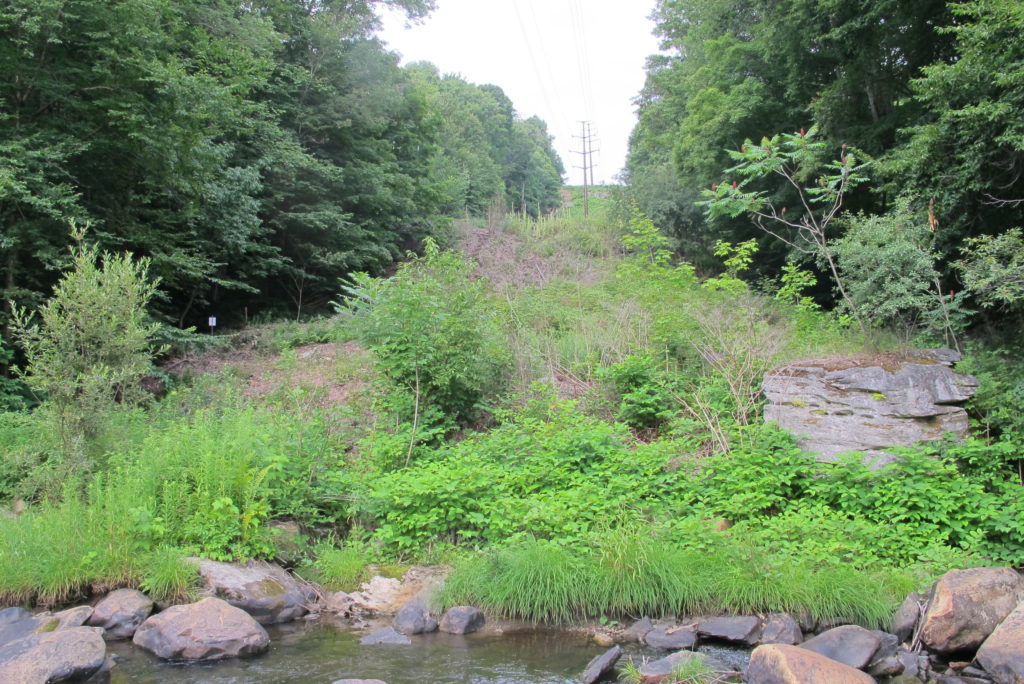 Nicole Rhodes
The west bank of the east branch of the Housatonic River with the railroad and the Eversource easement at the top, and the trail crossing at center. The square white sign at left is on the trail. A regrowth of knotweed is visible at the center and the right foreground.

Hinsdale — A transmission right-of-way in Hinsdale that crosses the Old Mill Trail and the east branch of the Housatonic River, a state-designated, healthy cold water stream, is to be the site of a restoration project coordinated by the Housatonic Valley Association (HVA) via funding received from Eversource and the Berkshire Taconic Community Foundation’s Central Berkshire Fund.

At present, Eversource’s maintenance of vegetation under transmission lines is designed to keep vegetation from growing into the overhead electrical lines. When members of the Taconic chapter of Trout Unlimited expressed concern to HVA about this stretch of river and its potential impact on the native brook trout habitat, HVA took a closer look and drafted a restoration plan.

This fall, invasive plants such as Japanese knotweed, barberry and multi-flora rose will be treated or removed. Later this fall or in the spring 2017, select native plants will be added with assistance from Wahconah Regional High School students. This improved riparian buffer will provide shade, better stabilize the riverbank, and also intercept surface run-off, thereby trapping any sediment and pollutants before they enter the river. The leaf litter from the vegetation naturally deposited into the stream will provide food for many of the aquatic invertebrates that will, in turn, provide food for trout and other fish.

In cooperation with new landowners Berkshire Natural Resources Council, HVA will ensure future trail management that will include manual removal of any woody seedlings that could interfere with the transmission lines if allowed to grow. Over time, the improved riparian buffer and elimination of invasive species will enhance the wildlife habitat in and along the river. For more information about the East Branch Restoration project, contact HVA at (413) 394-9796. 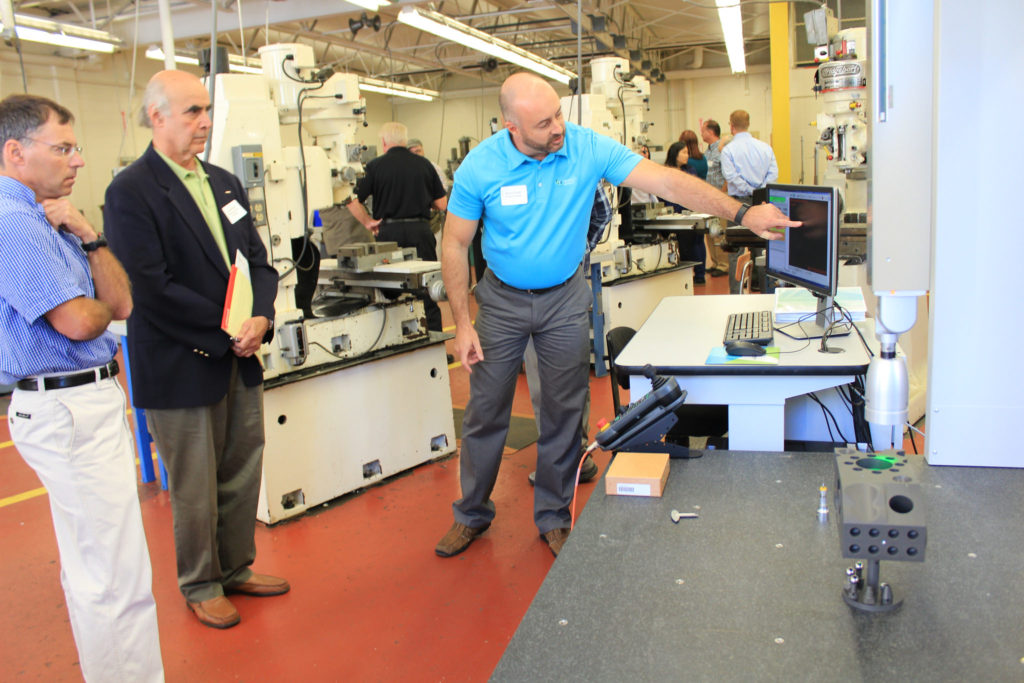 Currently housed at Taconic High School’s (THS) Manufacturing Shop, the equipment will be relocated to the BIC after its completion. BCC will develop educational pathways with the advanced technology to support the BIC member companies and provide college certifications. 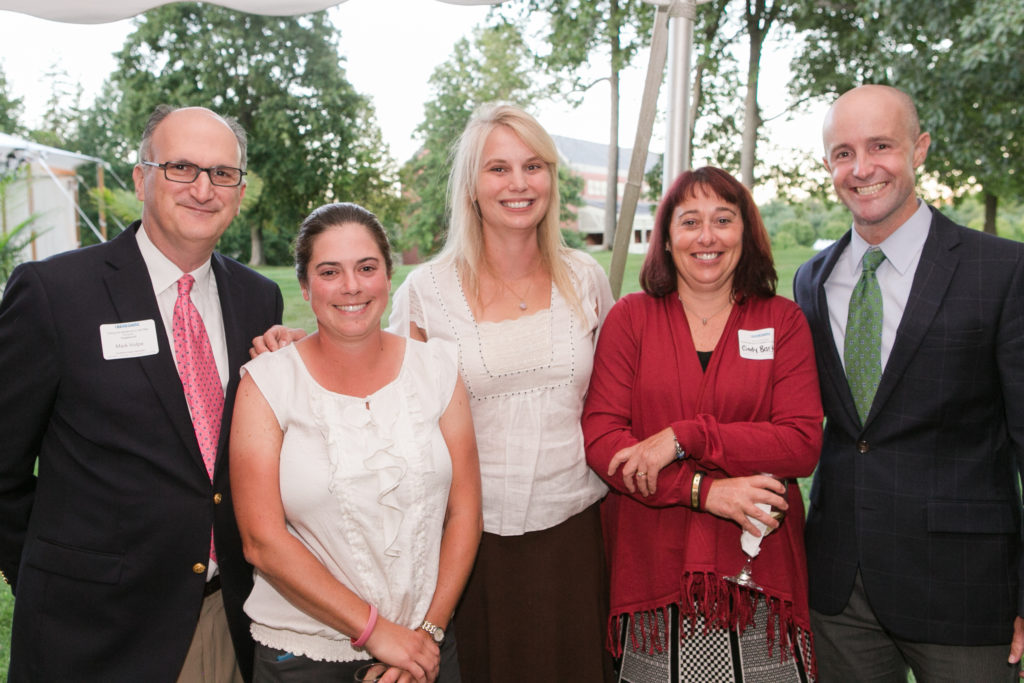 Pittsfield — At its sixth annual Celebrate the Berkshires event at Tanglewood in Lenox on Thursday, Sept. 15, 1Berkshire selected seven individuals and organizations as the winners of the Berkshire Trendsetter Award. State Senator Benjamin Downing served as master of ceremonies.

In the Creative Economy Standout category, Blue Q of Pittsfield was chosen for its array of products in addition to its innovative approaches to business management, teamwork, and employee growth. The city of North Adams received the Comprehensive Marketing Campaign award for implementing a successful year-round marketing campaign that rebranded the city and attracts visitors from all over the country. The Newcomer of the Year award was presented to Methuselah Bar and Lounge for helping to revitalize North Street in Pittsfield. The Berkshire Family YMCA was named Nonprofit of the Year for its slate of community programming for people of all ages. The Growing and Advancing the Berkshire Economy award was presented to Unistress in Pittsfield for its leadership in promoting the future of manufacturing in the Berkshires. Winning the Entrepreneur/Visionary of the Year award was Paul LeBlanc of Zogics in Lee for his creative and effective management style, his support of local arts and culture, and his company’s employee programs that incentivize environmentally friendly lifestyles. Christina Barrett of Berkshire Community College was named the Under 40 Change Maker for her collaborative vision for Berkshire County and her desire to focus on the bigger picture while remaining involved in numerous committees, boards, and programs. Closing out the evening, Tanglewood was recognized as the honoree for “Putting the Berkshires on the Map” for its dedication and continued commitment to the Berkshires. The award was accepted by Boston Symphony Orchestra Managing Director Mark Volpe. 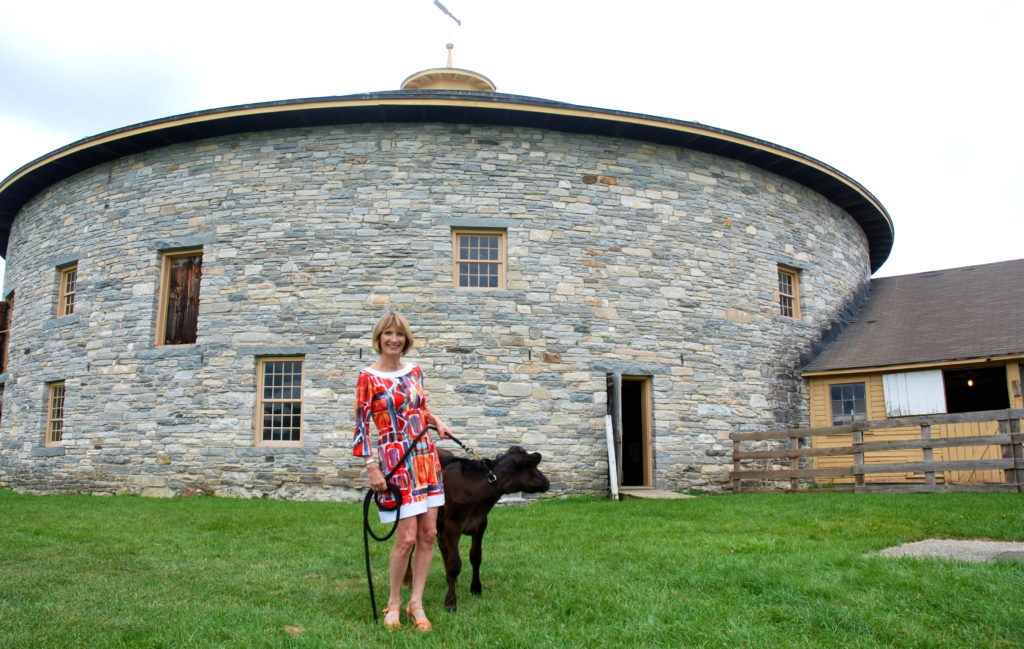 Pittsfield — The board of trustees of Hancock Shaker Village (HSV) has announced the appointment of Jennifer Trainer Thompson as president and chief executive officer. She will replace Linda Steigleder, who will conclude her term as president and CEO in December 2016 after leading HSV for five years. Thompson will assume her new role at the end of the year from her current post as senior vice president of partnerships and external affairs at the Massachusetts Museum of Contemporary Art (MASS MoCA).

One of a small team that developed MASS MoCA beginning in 1988, Thompson has been integral to the evolution of the museum, having organized and developed several departments. As MASS MoCA’s director of development from 1988 to 2012, she helped raise some $70 million for operations and programs, including the Permanence Campaign that launched the museum’s endowment and Sol LeWitt building. Thompson is the author of 22 books, including ten acclaimed cookbooks, as well as articles on design, science, art, and lifestyle that have been published in the New York Times, the Boston Globe, Travel & Leisure, and Harvard Magazine. In conjunction with her books, she has made appearances on Good Morning America, CNN, National Public Radio, Live with Regis, and Fox News. 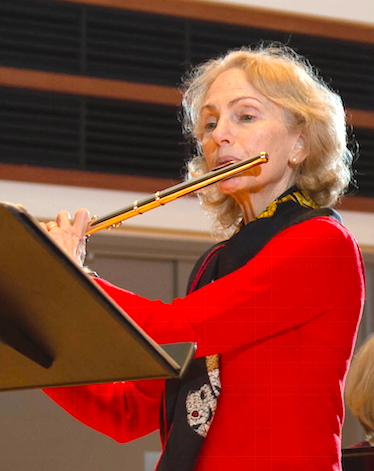 Internationally touring flutist Zukerman‘s writing credits include novels, nonfiction books and screenplays as well as articles and book reviews in the New York Times, the Washington Post, Esquire and Vogue. She is an Emmy-nominated arts correspondent who has conducted more than 350 profiles of artists, musicians, theatre and dance on CBS Sunday Morning and her video blog, Noted Endeavors. As artistic director of the Bravo! Vail Valley Music Festival from 1998 through 2010, Zukerman brought the New York Philharmonic, the Philadelphia Orchestra, and the Dallas Symphony Orchestra to the festival for extended residencies each summer. She is currently and will continue to be the music director of Columbia County’s Leaf Peeper Concerts. 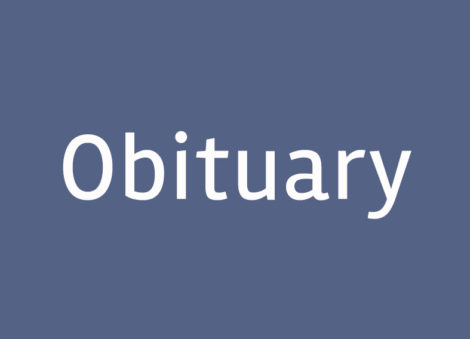