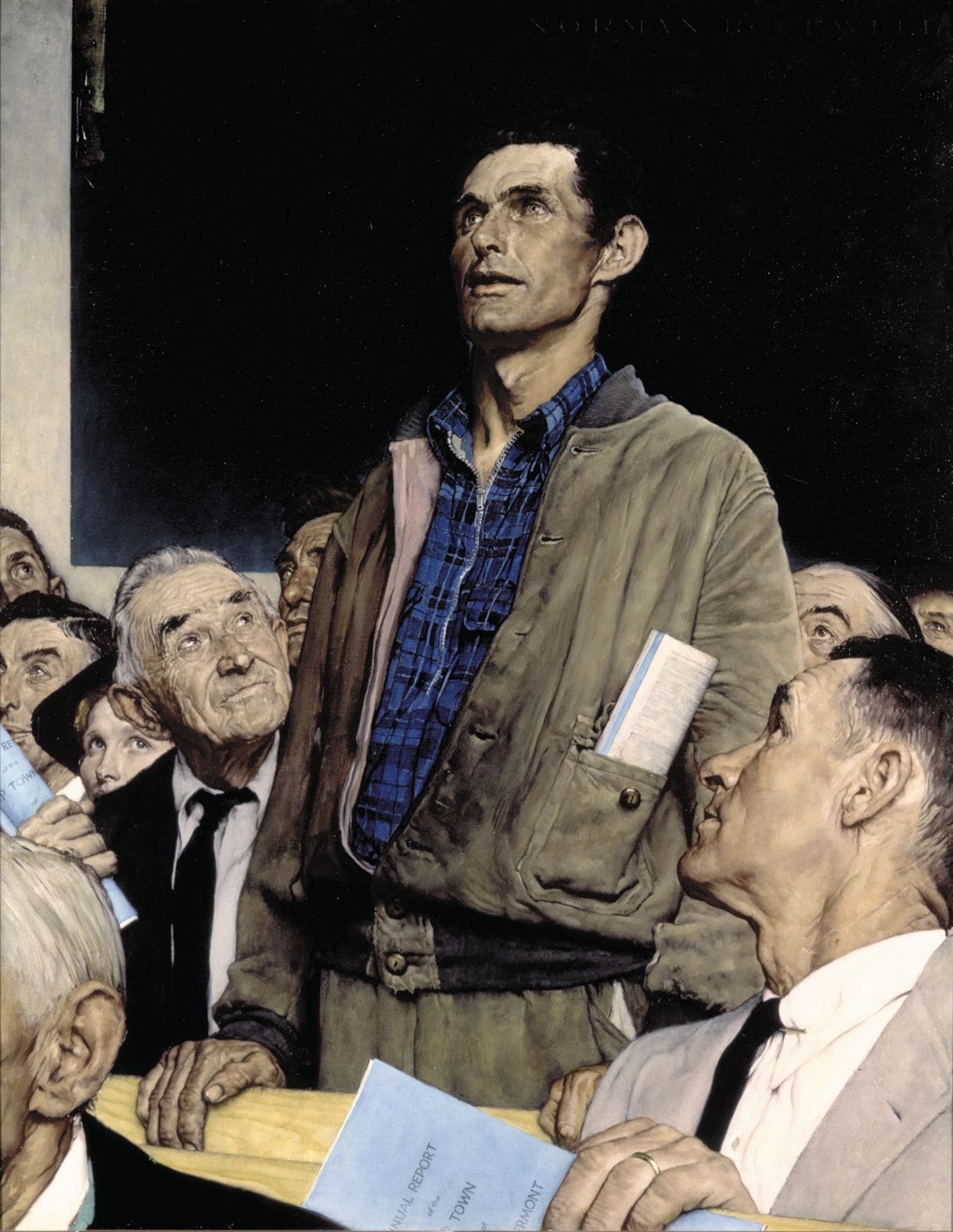 Stockbridge — Norman Rockwell Museum is among the 224 recipients of a humanities project grant from the National Endowment for the Humanities. The $400,000, grant will support the installation of NRM’s national touring exhibition based on Norman Rockwell’s “Four Freedoms” series, titled “Norman Rockwell: Imagining Freedom,” scheduled to be on view later this year at the museum.

Organized by NRM, “Norman Rockwell: Imagining Freedom” explores how the “Four Freedoms” paintings came to be embraced by millions of Americans, providing crucial aid to the war effort and taking their place among the most enduring images in the history of American art. The exhibition also explores the new definitions of freedom that 21st-century audiences bring to the works. The exhibition opened May 25, 2018, at New-York Historical Society and continued on a six-city international tour through 2020.

“This grant, coming as it does at these uncertain times, will position the museum to reopen when it is safe with a particularly relevant and moving exhibition,” said director/CEO Laurie Norton Moffatt. “We are all faced with difficult decisions about the present, but this gives us a hopeful light to follow in the days ahead.”

The organizations receiving grants are dispersed across Berkshire County and work to support children, low-income families, communities of color, immigrants, seniors, and people with mental illness and addiction disorders, among others. A collaborative team of staff from BTCF, BUW, Northern Berkshire United Way and Williamstown Community Chest is reviewing and awarding grants on a rolling basis during the crisis as funding permits.

Fundraising for the emergency fund, which launched March 19, has reached just under $2 million. The fund has received a $250,000 grant from the Barr Foundation, and gifts and commitments from major donors including Adams Community Bank, Berkshire Bank Foundation, Callahan Dee Family Foundation, the Joyce and Fred Crane family’s Cooper Meadow Fund at BTCF, the Feigenbaum Foundation, the Jane & Jack Fitzpatrick Trust, the Fuqua Family Fund at BTCF, the Gilson Family Foundation, Greylock Federal Credit Union, Lee Bank, the Madroño Foundation, Mill Town, MountainOne, Mary Pope Osborne, the Joseph H. and Carol F. Reich Fund at BTCF, Unistress, and Williams College, with initial resources and seed funding from BUW and BTCF. A list of the fund’s generous partners is online. Donations to the fund can also be made online.

Editor’s note: As of Thursday, April 16, this fundraiser has been cancelled. The following is a statement from Berkshire Money Management regarding the cancellation:

“Berkshire Money Management would like to thank everyone who has supported the “Hometown Meals for Hometown Heroes” GoFundMe campaign that was set up recently to support meal deliveries from local restaurants to our local healthcare heroes who are working long hours to battle COVID-19. Our intent was to support local medical staff while also providing some kind of relief to area restaurants who are struggling.

Unfortunately, due to some massive and unforeseen infrastructure problems (probably because of the uptick in campaigns, and sadly, fraudulent scammers taking advantage of this crisis) at GoFundMe, we are unable to even access the account to begin distributing the funds from the campaign. We’ve tried everything to keep this viable, but nothing has worked. As a result, we are deactivating the campaign and refunding all of the donors.

BMM is still paying for four meals for 200 Berkshire Medical Center staffers to be delivered throughout the month of April. These meals will be prepared and delivered by Chef Rob Burnell of the Red Lion Inn and his amazing crew. BMM is also honoring our $10,000 seed donation to the campaign for meal deliveries from other restaurants that have already been lined up.

This is truly disheartening, but it has demonstrated the profound generosity in the Berkshires and has inspired us to keep finding ways to support one another during this incredibly difficult time. We are lucky to work and live and be a part of this community.”

Dalton — Berkshire Money Management has launched a GoFundMe campaign to support local health care workers and restaurants struggling during this pandemic crisis. Hometown Meals for Hometown Heroes is aimed at providing meals to the hard-working medical professionals as they face the daily and relentless battle against COVID-19. It is also a heartfelt effort to buoy local restaurants and their staff in the hopes that jobs are saved and businesses remain viable.

“This campaign really began as a conversation we started having a few weeks ago, knowing that restaurants were going to be among the hardest hit, and also knowing that our healthcare workers were in need of just about everything,” said BMM community development director Nichole Dupont. “Allen [Harris, BMM CEO] has already spent the last few weeks gathering PPE [personal protective equipment] of all kinds and delivering it to medical staff and other people who need it. This campaign is a continuation of that need to help. In less than 24 hours, the Berkshire community has donated more than $17,000 to the Hometown Meals for Hometown Heroes campaign and we expect the momentum to continue. The love is overwhelming.”

BMM is raising funds for regular meal deliveries to staff at Berkshire Medical Center, where there are some 200 people working per shift, and hopes to extend the deliveries to other Berkshire Health Systems facilities as the campaign grows. Beyond the proceeds of the campaign, BMM has also committed to providing funding to serve nearly 1,000 additional meals to medical staff.

Nonprofits share many concerns related to COVID-19, including short- and long-term sustainability, and the desire by those not on the front lines to help in some way. “We think people are taking comfort in connecting right now,” said NPC executive director Liana Toscanini.

The event is free but registration is required. Attendance is limited to 90 nonprofit leaders, but the session may be recorded and shared following the event. For more information, contact the Nonprofit Center of the Berkshires at (413) 441-9542 or info@npcberkshires.org.

Annandale-on-Hudson, N.Y. — The Fisher Center at Bard College has announced the launch of UPSTREAMING, its new virtual stage. Programming will include new commissions specially conceived for the digital sphere, including artists with long-term relationships with the Fisher Center as well as special access to performances and public events from the archives.

Each Wednesday, UPSTREAMING will release new streaming content free of charge. The programs reflect the Fisher Center’s mission to engage artists and audiences in the development and examination of artistic ideas, offering perspectives from the past and present as well as visions of the future. Works featured each week will highlight a different aspect of the Fisher Center’s programming.

Artists whose work will be featured include Neil Gaiman, Pam Tanowitz, Claudia Rankine, Will Rawls, Nature Theater of Oklahoma, Dan Hurlin, Beth Gill, Tere O’Connor, Jack Ferver and others. Select SummerScape operas from the past eight years, featuring the American Symphony Orchestra under the direction of Leon Botstein, will be released every other week, alternating with the release of audio recordings from the Bard Music Festival archive.