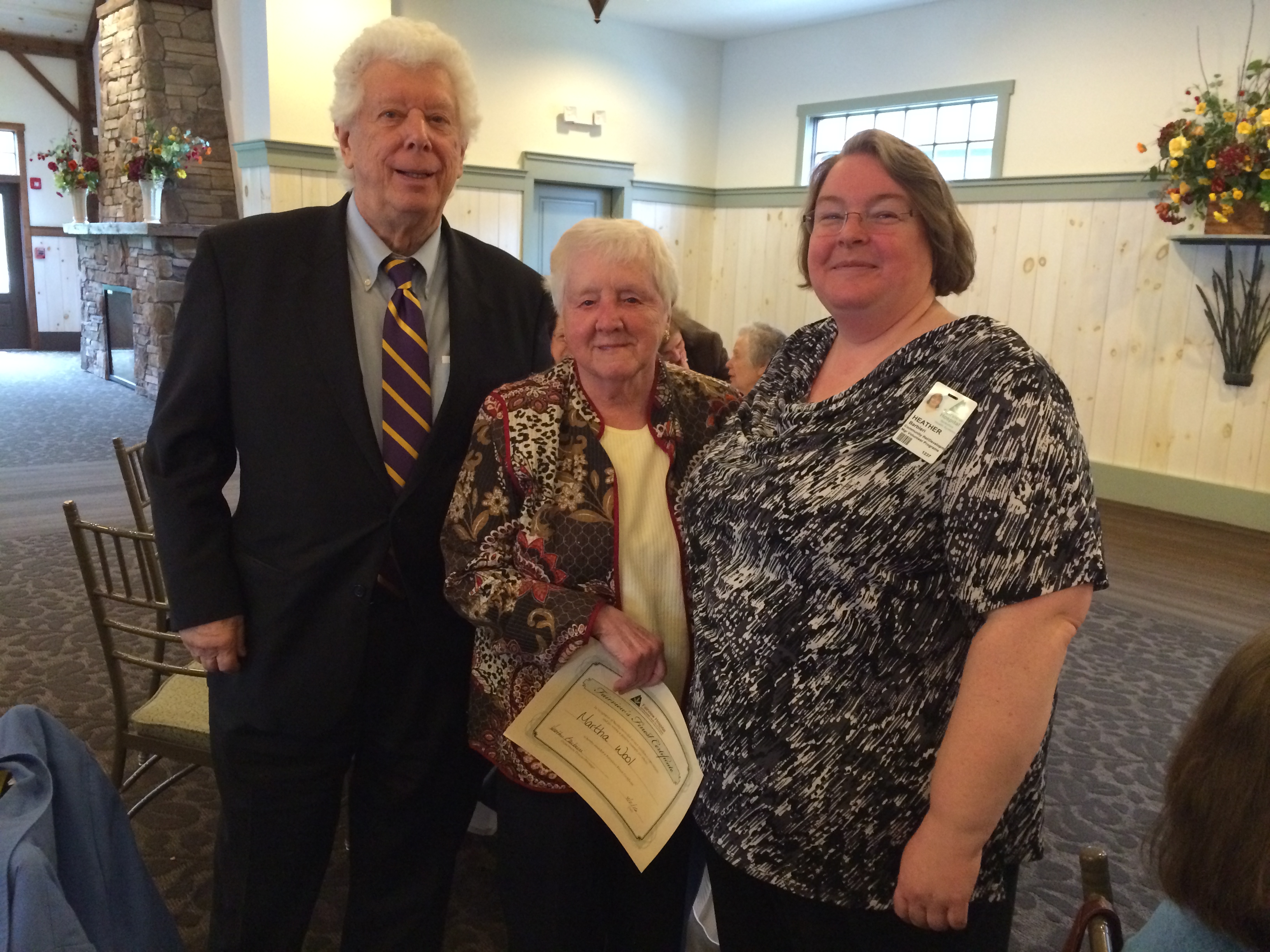 Great Barrington — Fairview Hospital celebrated the contributions of more than 50 volunteers at its annual Volunteer Appreciation Lunch on April 11 at Crissey Farm. Volunteer Services reported that 46 volunteers had logged over 6,000 hours at Fairview.

Special recognition was given to Martha Wool of Great Barrington, who received a “Fairview’s Finest” certificate for being recognized by a patient for her work; and Rachel Shaw of Egremont, who has served as the bookkeeper of Fairview’s gift shop for over 40 years.

Berkshire United Way President and CEO Kristine Hazzard recognized 460 volunteers who contributed a total of 3,814 hours of volunteer time in the past year. Christina Barrett and Michael Wynn spoke about the 2016 Day of Caring. Taconic High School senior Jetter White spoke about his experience volunteering and how it has taught him valuable leadership skills. Central Berkshire Habitat for Humanity Getting Ahead program graduate Vernon Cross shared his story.

Lenox — Berkshire Natural Resources Council (BNRC) has completed its purchase of a conservation restriction on Undermountain Farm from the Sprague family.

The $450,000 transaction permanently protects 83 acres of Undermountain Farm from development. The deal, which the Spragues and BNRC have been working toward since 2013, protects fields along Undermountain Road as well as a view across Parsons Marsh to Rattlesnake Mountain, Monument Mountain, and Mount Everett.

The restriction permanently prohibits development on 83 acres, including approximately 3,000 feet of road frontage.