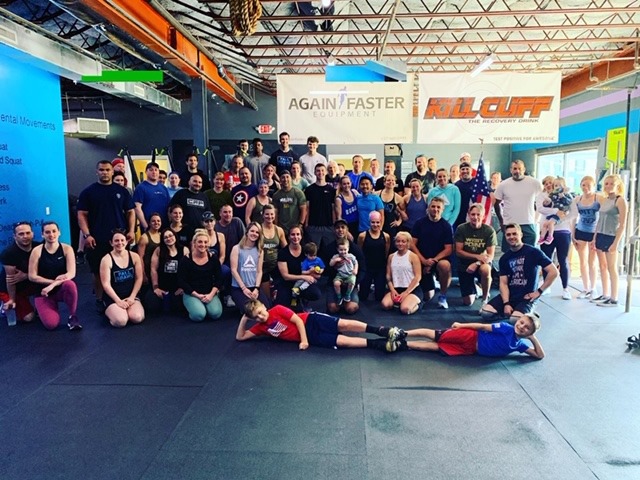 Dalton — In response to recent comments made by CrossFit founder and former CEO Greg Glassman, Community Fitness Pittsfield (formerly CrossFit Pittsfield) is taking active steps to unite athletes and people of all groups and identifications towards positive, essential change.

“Every year CrossFit affiliates are required to pay a fee for legal use of the name, promotion on the website, and support from CrossFit HQ,” said CFP co-founder Erica Law. “Due to our recent decision to no longer be affiliated with CrossFit, we will donate our fee to support the Black Lives Matter movement. We also challenge other former affiliates across the country to match our efforts and show the world that this community is stronger than one man and committed to inclusion and justice.”

Stockbridge — The Austen Riggs Center has announce the recipient of its 2020 Erikson Prize for Excellence in Mental Health Media: Hannah Dreier, for her Washington Post piece “Trust and Consequences,” which details how U.S. immigration authorities use statements migrants make in mental health counseling sessions against them in the courtroom in gross violation of patient privacy laws.

Of the recognition, Dreier said: “I’ve been so inspired by past winners of the Austen Riggs Erikson Prize, and am tremendously humbled to be in their company. This prize is so special because it recognizes a topic that is too often stigmatized and or simply ignored and pushed out of mainstream coverage. I also take this award as an acknowledgment of the bravery of the young man who entrusted the Post with his story, at great personal risk, and the therapists who put their careers on the line to draw attention to what they saw as a violation of the core tenets of patient confidentiality. I hope this recognition helps bring more attention to the gaps in mental health care for children who seek asylum in the U.S.”

The Austen Riggs Center will hold a virtual event later this year to honor Dreier.

Becket — SculptureNow has announced the addition of Natalie Tyler as program director, and Sheila Baird and Jennifer Crews as advisory board members.

Tyler is the former gallery director of L’Atelier Berkshires. With an extensive background in the arts as a sculptor, curator and art educator, Tyler is an internationally exhibiting artist whose work has shown in galleries and museums nationwide and in Europe. She has been a U.S. Embassy-sponsored artist in Dublin, Ireland, and in Tallinn, Estonia. She has received grants and awards from art institutions including MASS MoCA’s Assets for Artists, Massachusetts Cultural Council, Berkshire Taconic Community Foundation, Art Students League of New York, Vermont Studio Center, and Cornell University. She received her Master of Fine Arts from the California College of the Arts in San Francisco and studied sculpture in Bologna, Italy. Originally from Encinitas, California, she lives and works in the Berkshires.

Baird is a founding partner of Kimelman & Baird LLC, an investment advisory firm that includes clients who are high net worth individuals. She also serves on the boards of Children’s Aid, STREETS International and the New Marlborough Land Trust.

The supermarket brand has raised over $1.8 million for the Check-Out Hunger initiative since 2002.