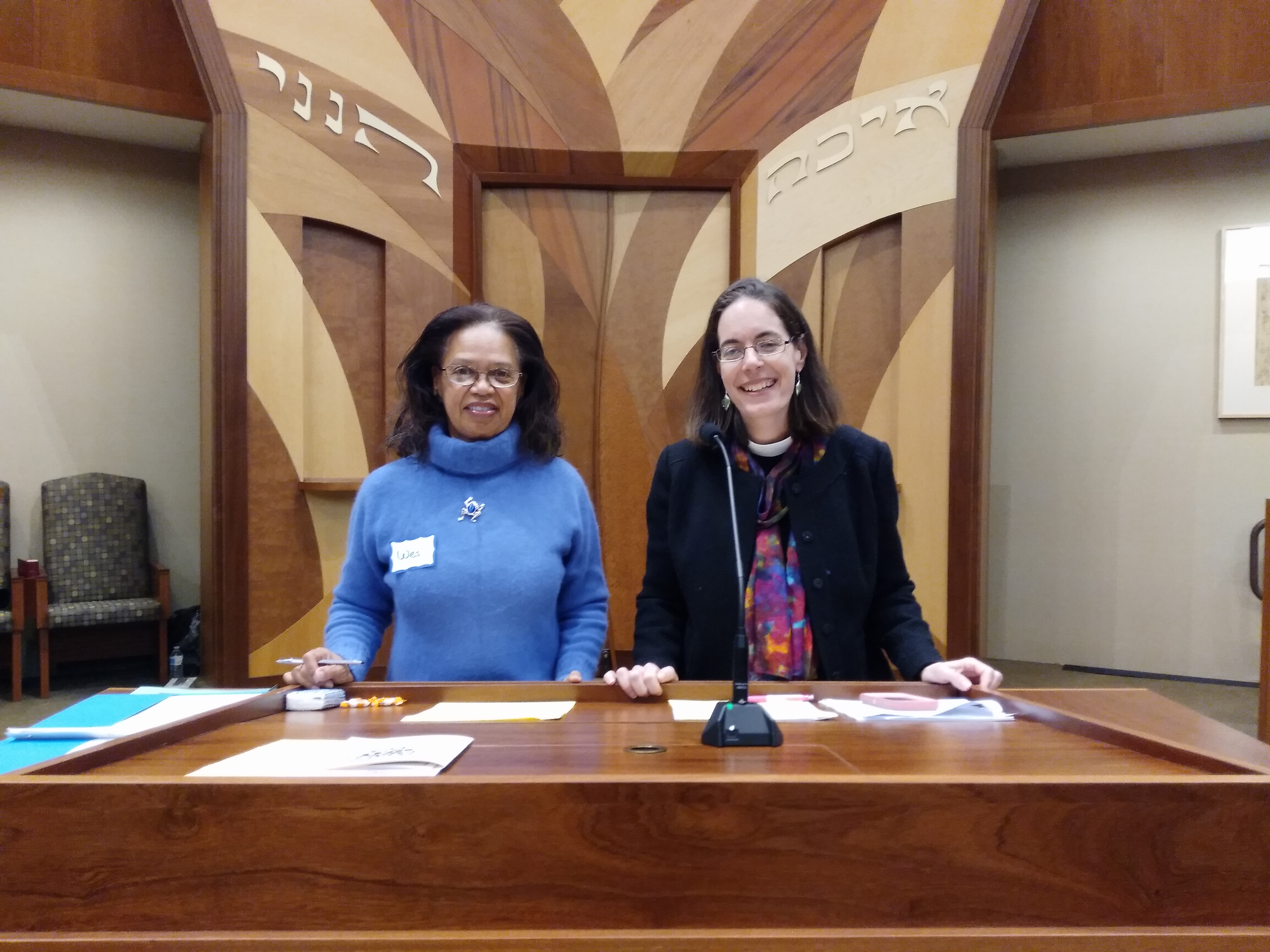 Pittsfield — Berkshire Interfaith Organizing elected officers, welcomed its newest member group and shared stories from the front lines of its work organizing throughout the county to advance social justice at its annual convention held Jan. 28 at Congregation Knesset Israel.

“When there’s a crisis, you call BIO,” said Maddie Tremblay, a member of Lee Congregational Church, describing her response to last summer’s closing of the Lee Price Chopper, which has left many senior and low-income neighbors without easy access to groceries. She related how she was drawn into helping organize, through BIO, a community response that has so far included expanding transportation to other stores and working to recruit another provider to fill the gap.

Members also shared stories of personal involvement with two other BIO efforts: last spring’s passage of Great Barrington “trust policy,” which codifies the role of local police in working with federal Immigration and Customs Enforcement; and the work of developing a system to provide local sanctuary to immigrants. The gathering also welcomed new member organization Temple Anshe Amunim, which brings the number of member groups to 18.

The convention also kicked off BIO’s biennial Listening Campaign, which consists of meetings offered throughout the county that will inform BIO of new issues residents might be facing. Listening gatherings will be held Tuesday, Feb. 6, at 6 p.m. at St. Stephen’s Church; Tuesday, Feb. 20, at 6 p.m. at All Saints Episcopal Church in North Adams; and Thursday, Feb. 22, at 6:30 p.m. at Christ Trinity Church in Sheffield.

Great Barrington — The Nonprofit Center of the Berkshires is launching an annual awards program to recognize those who work in the nonprofit sector to serve the Berkshire community. Nominations are being solicited from across the Berkshires in seven categories: Executive Leadership, Board Member, Super Staffer, Unsung Hero, Volunteer, Rising Star and Lifetime Achievement. Online nomination forms are available and the deadline for submissions is Saturday, March 31. Finalists and winners will be selected by a committee of business leaders, and the first Berkshire Nonprofit Awards breakfast will be held Tuesday, May 22, from 8 to 10 a.m. at the Country Club of Pittsfield.

“This event is long overdue,” said NPC Berkshires founder Liana Toscanini, “especially in our county where nonprofits are a huge economic driver and contribute so much to the quality of our lives.”

The foundation, supported by the 150 member banks of the MBA throughout Massachusetts and New England, distributed 43 grants over eight geographic regions in Massachusetts in late 2017. Other area organizations that received awards from the foundation include Childcare of the Berkshires and Northern Berkshire United Way in North Adams and the Gladys Allen Brigham Community Center in Pittsfield.

The Moviehouse launches campaign for elevator

Millerton, N.Y. — Robert and Carol Sadlon have been operating the Moviehouse for almost four decades in a two-story 1903 grange hall that has been showing movies since 1915. For many years the Sadlons have been accommodating moviegoers by moving films and events downstairs on different days and showtimes for those who have difficulty negotiating the stairs to the second floor.

With the installation of a new limited use/limited application commercial elevator, the Moviehouse will be able to offer all films and events to all people at all times. An elevator to the second floor will also allow the creation of an accessible restroom for those with disabilities, serving the entire theater. The Sadlons have launched a GoFundMe campaign to help raise the $140,850 needed to complete the project. In gratitude to community members for their help with the project, the Moviehouse is offering gifts dependent on the level of commitment to project donors.

Pittsfield — Balance Rock Investment Group has announced recent honors received by its LPL Financial advisors David Milligan and Jonathan Meczywor. Milligan, who has been providing financial services to clients across the country for 30 years, has been named to LPL’s Chairman’s Club and Meczywor, who has been working with clients nationwide for 11 years, has been named to LPL’s Freedom Club. The distinctions are given by LPL Financial to top advisors based on their business success as compared with more than 14,000 LPL advisors registered nationally.