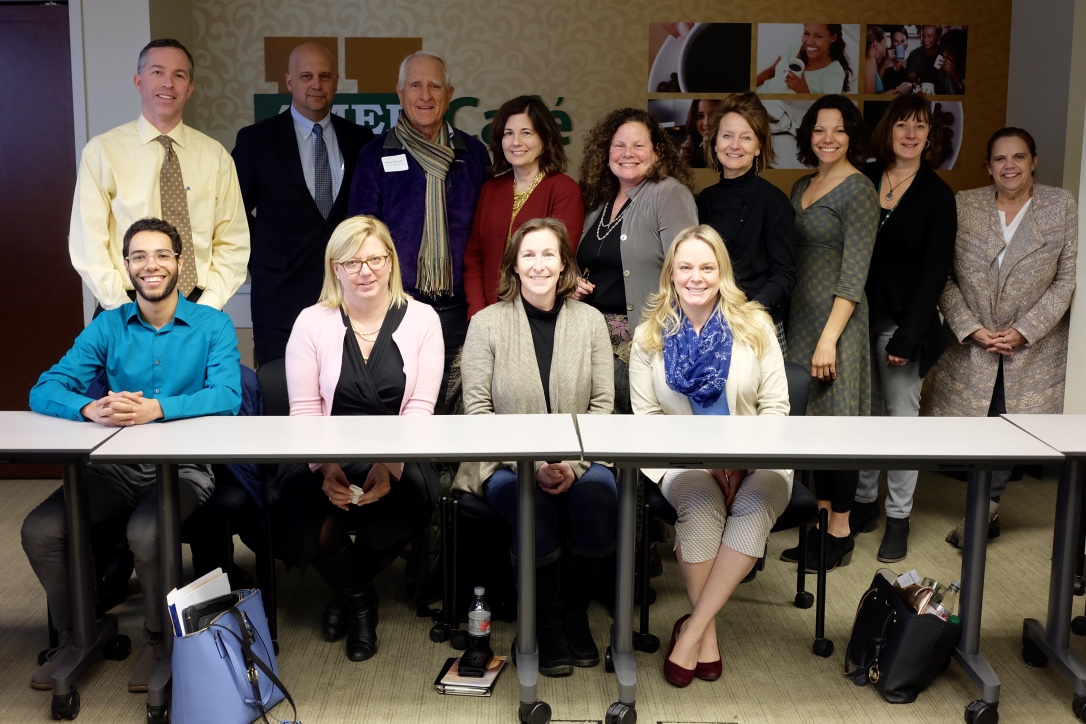 Nominations were solicited throughout February and March. A team of 14 judges from the business sector reviewed and ranked the nominations, choosing the finalists and winners at an April 10 meeting. The finalists are Gwendolyn Hampton-VanSant of Multicultural BRIDGE, Kristine Hazzard of Berkshire United Way and Carolyn Valli of Central Berkshire Habitat for Humanity for Executive Leadership; Linda Conway of Berkshire Children & Families, James Mahon of Berkshire Food Project and Amy Rudnick of Flying Cloud Institute for Board Leadership; Darlene Ellis of Berkshire Food Project, Jesseca Williamson of Berkshire Museum and June Wolfe of Construct Inc. for Super Staffer; Hye An “Harry” Park of Berkshire Museum, Kathleen Toomey of Berkshire United Way, and Jay Weintraub and Mark Lefenfeld of Backyard Bounty of the Berkshires for Rising Star; Amy Guachione of Berkshire Children & Families, Gary Leveille of Great Barrington Historical Society and Jean Ryan of Barrington Stage Company for Volunteer; Kelly Akroman of Moments House, Katie Clarke of Community Access to the Arts and Maurice “Pops” Peterson for Unsung Hero; and Francesca Cote of the Brien Center, Deborah Parkington of Elizabeth Freeman Center and Carole Siegel for Lifetime Achievement.

Pittsfield — Foster families will be able to visit the Berkshire Museum for free this year. Working with the local Department of Children and Families, approximately 500 individuals—350 children and 150 adults—will have access to the museum via one-day passes to be distributed by DCF. The program was made possible through a fund administered by the Berkshire Taconic Community Foundation and an additional grant from the Wonderfund.

The museum also offers free admission to EBT cardholders through the Museums for All and EBT Card to Culture programs, as well free admission for high school students during the school year.

Great Barrington — Salisbury Bank will offer a seminar on internet security Wednesday, April 25, from 5 to 6:30 p.m. at the Mason Library.

Seminar attendees will learn how hackers invade computers to steal financial information, what they can do to avoid being vulnerable to computer breaches and what to do if they have been hacked. The seminar will be presented by CompuWorks President Dave Hall, has over 25 years of experience managing and maintaining the safety of computer networks for a variety of companies in the Northeast.

The seminar is free and open to the public. Reservations are suggested but not required. To reserve a spot, contact Kevin Norton at (860) 453-3497, or email knorton@salisburybank.com and type “Internet Security” in the subject line.

Winsted, Conn. — The American Mural Project has received grants from the Department of Economic and Community Development, the Home Depot Foundation and the Northwest Connecticut Community Foundation.

Two separate grants were awarded to AMP from DECD’s Connecticut Office of the Arts. The first, for $12,000, allows AMP to further develop education programs for students, teachers and visitors, and initiate a partnership with the After School Arts Program in Washington to pilot programs in Torrington schools. The second grant, for $5,290, was made possible through the Connecticut Arts Endowment Fund to support operations.

AMP also received a $3,700 grant from the Home Depot Foundation for materials to build a new porch entryway for the Art House and for raised garden boxes for a pilot gardening and culinary summer internship program for middle-school students.

NCCF awarded AMP a $7,300 grant for a school-wide mural-making project at the Rotella Interdistrict Magnet School in Waterbury. The project will bring together more than 600 students to create a large-scale mural honoring family and community members.

Sheffield — In partnership Janet’s Fund and under aegis of Berkshire Taconic Community Foundation, the Eagle Fund has awarded $51,688.12 in grants to the Southern Berkshire Regional School District community.

Created in 1998 to provide educational opportunities beyond the core curriculum for SBRSD students, the fund received more than 20 applications and awarded grants to students, teachers and community members in support of new and ongoing projects that will engage students in educational experiences about climate change, solar energy, ecology, fine arts, health, multiculturalism and robotics.