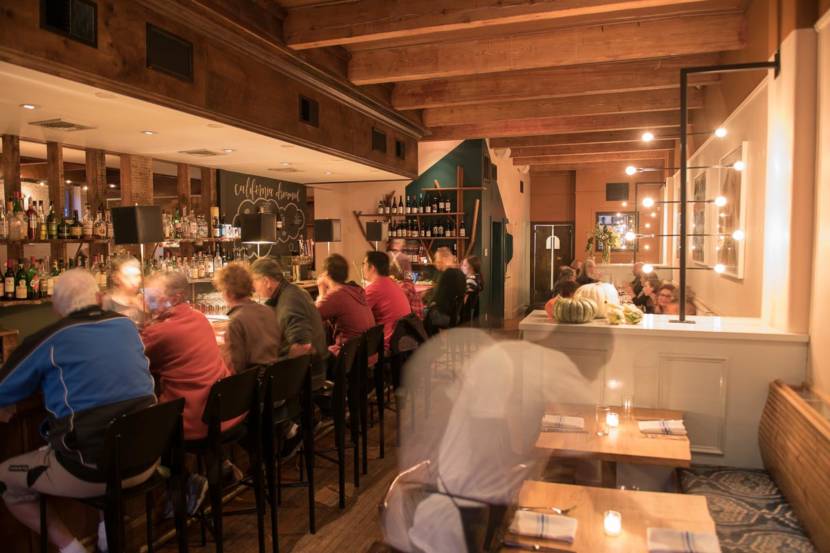 After 12 years in the Berkshires, Allium Restaurant and Bar in Great Barrington will close its doors Tuesday, Jan. 1, 2019. Image courtesy FED Guides

Great Barrington — After nearly 12 years in the Berkshires, Allium Restaurant + Bar will be closing its doors Tuesday, Jan. 1, 2019.

Since May of 2007, Allium has presented casual-fine food in downtown Great Barrington. The management team recognizes the popular gathering place Allium has become and wanted to give as much notice as possible. Working with their staff members to find new jobs and taking time to properly say goodbye is of great importance as they close this chapter.

“Regretfully, and after sincere thought and consideration, we’ve decided to set our sights on new goals,” said Allium proprietor and founder Nancy Thomas. “This journey would not have been possible without the support of our community. The people of Great Barrington welcomed us with open hearts, and for that we will be forever grateful.”

As a farm-to-table advocate with a commitment to supporting the local economy, parent company Mezze Restaurant Group decided to close Allium to pursue what’s next. “We’ve come to realize we need to focus our efforts on other endeavors and open up the possibility to present new, exciting ideas in the food space,” said co-owner Bo Peabody. “We’re excited to offer Allium fans opportunities to join us again with pop-up events and food experiences in future.”

As they prepare to move on, the owners thank the community, their valued guests, farmers, foodmakers and vendors for successfully making Allium a part of the Berkshires. Mezze Bistro + Bar in Williamstown and Mezze Catering + Events will continue operating in the region.

Great Barrington — The Community Development Corporation of South Berkshire has announced that Salisbury Bank has made it a $5,000 grant, which will support the organization by growing its general fund to expand staff and further the nonprofit’s work helping families and individuals in the southern Berkshire region.

“There continues to be a need for affordable housing in our local communities and we are pleased to support the work of CDCSB and similar organizations who are taking steps to meet that need,” said Rick Cantele, president and CEO of Salisbury Bank.

“Access to affordable housing strengthens our economy and positively affects the lives of families by improving financial stability and providing a safe and stable environment for parents and school children,” said Tim Geller, executive director of CDCSB. “We are grateful to Salisbury Bank for its continued support of our work in creating healthy and sustainable communities.”

NPC Berkshires name Allison to board

Great Barrington — The Nonprofit Center of the Berkshires has elected Erika Allison of 1Berkshire to its board of directors.

Allison is an engineer, educator and entrepreneur.  A recent transplant to the Berkshires, she is currently the director of member services at 1Berkshire. Previously she was the founding director of a STEM education nonprofit startup in New York City, leading the launch of East Coast operations and programming.  She then moved to Maine to became project director for a five-year, $12 million National Science Foundation research and implementation program to improve rural STEM education and STEM teacher preparation.

Great Barrington — Katherine Ryan Waiveris, BSN, of Monterey has joined the staff of Volunteers in Medicine Berkshires as its clinical care coordinator. Waiveris brings with her more than a decade of nursing and leadership experience as well as community service.

Waiveris has most recently served as a cardiopulmonary program manager at Fairview Hospital. Her background also includes work in emergency room nursing where she was often the charge nurse. Prior to that, she worked in a 32-bed medical telemetry unit at New Britain General Hospital in Connecticut. Waiveris received her Bachelor of Science in nursing from University of Saint Joseph in West Hartford, Connecticut, and her Bachelor of Arts from Hartwick College in Oneonta, New York. She has studied abroad in Ghana and Ireland.

Richmond — Professional certified coach Karen O’Donnell has been selected to work with attendees at the Massachusetts Conference for Women Thursday, Dec. 6, in Boston. O’Donnell will be assisting participants with career concerns, management issues and personal challenges.

MCFW’s mission is to promote, communicate and amplify the influence of women in the workplace and beyond. MCFW is committed to helping close the pay gap, eliminate gender discrimination and achieve parity in company leadership and on corporate boards.

The conference is celebrating its 14th anniversary and the seventh anniversary of its partnership with the International Coach Federation of New England. Professional accredited coaches like O’Donnell provide participants with the opportunity for one-on-one “speed coaching” sessions to take what they have learned at the conference and make it applicable to their personal situations.

O’Donnell is a longtime resident of Richmond, a certified professional coach and a human resources professional. She worked at GE Plastics and other General Electric divisions for over 30 years before launching her professional coaching business five years ago.