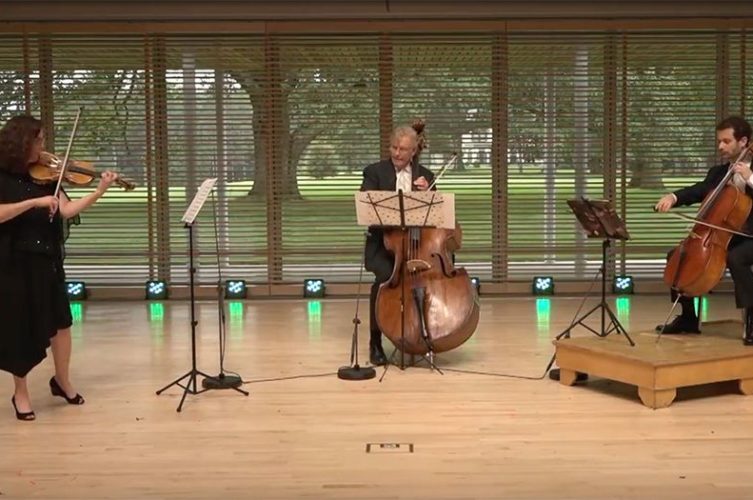 Perhaps you heard Bonnie Bewick’s set with her band Frame at Six Depot in West Stockbridge a few years ago. Frame is the ideal vehicle for transporting Bonnie’s fiddle music into the imaginations of classical music listeners. That’s because Bonnie, when she isn’t fiddling Celtic, is onstage with the Boston Symphony Orchestra playing some insanely difficult piece of classical music, as she has done for more years than she’d want you to know, or perhaps one of John Williams’ movie scores with the Boston Pops.

Here’s where things get terribly interesting: Bonnie takes all the things she’s learned from far-flung musical worlds and subtly works them into her own musical compositions. In this recital, she performs two of those pieces (and others she has arranged) with BSO cellist Mickey Katz and BSO assistant principal bass Lawrence Wolfe. In certain of her compositions, Bewick plays off the advanced technical capabilities of her colleagues to produce quirky symphonic accents that pop up here and there throughout passages of traditional fiddling. When cello and violin play fiddle lines in octaves at breakneck speed, the effect is exhilarating. There’s not much rest for the double bass, either. It all amounts to an engaging and novel intermingling of styles.

This video will be available for streaming through Friday, Aug. 14, at bso.org.