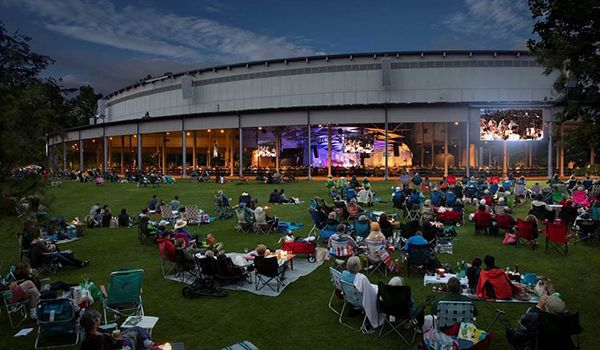 Boston — Because of concerns and limitations imposed by the COVID-19 pandemic, the Boston Symphony Orchestra has canceled the spring season of the Boston Pops scheduled for May 6 through June 13. It is only the second cancelation of a Pops season since 1890.

“Though all of us at the Boston Pops are sad and disappointed to have to cancel the upcoming season, we know it is our obligation to our audiences, musicians, and staff to do everything we can to ensure everyone’s safety and well-being during the unprecedented time of this pandemic,” Pops conductor Keith Lockhart said in a statement this afternoon.

Decisions about this year’s Boston Pops fireworks spectacular and the 2020 Tanglewood season will be made “over the next several weeks,” the BSO said in a brief accompanying statement.

The decision will be made based on recommendations from the U.S. Center for Disease Control and Prevention (CDC) and the World Health Organization (WHO), as well as the state and the city of Boston, where the BSO is based. Those decisions are expected to be announced by mid-May.

The BSO had planned a special season to celebrate Lockhart’s 25th year as conductor. Those plans will be forwarded to the 2021 season. In addition to its Boston performances, the Pops were scheduled to perform twice at Tanglewood, on Aug. 15 and Aug. 21.

The decision to cancel the Pops spring season does not immediately affect the Tanglewood season. That determination on whether to cancel or shorten the Berkshires season will be made over the next several weeks.

The Berkshires cultural scene has been reeling from the effects of travel restrictions and emergency orders imposed by Gov. Charlie Baker and other governors. Both the Williamstown Theatre Festival and Jacob’s Pillow have essentially canceled their 2020 seasons because of the uncertainty around the COVID-19 pandemic. The Berkshire Theatre Group wants to start its season on Aug. 1. The decisions of other institutions are pending.

If the BSO were to cancel its summer season in Lenox, the effects on the local economy could be devastating because Tanglewood is the largest cultural attraction in the Berkshires.

“At this point, all of us in the business community and the visitor economy are waiting with bated breath,” Jonathan Butler of the economic development group 1Berkshire told The Edge. “We’re keeping our fingers crossed.”

The loss of the Tanglewood summer season would, Butler said, “be a significant blow to the economy,” because a summer without Tanglewood is practically unimaginable.

It is difficult to know what the future holds because no one really knows when life is going to get back to normal, said Butler, who noted the cancellations at Jacob’s Pillow and Williamstown, and the scaled-back plans at Berkshire Theatre Group.

“The sum of all these things is very real and very significant,” Butler surmised. “We could feel it for years.”