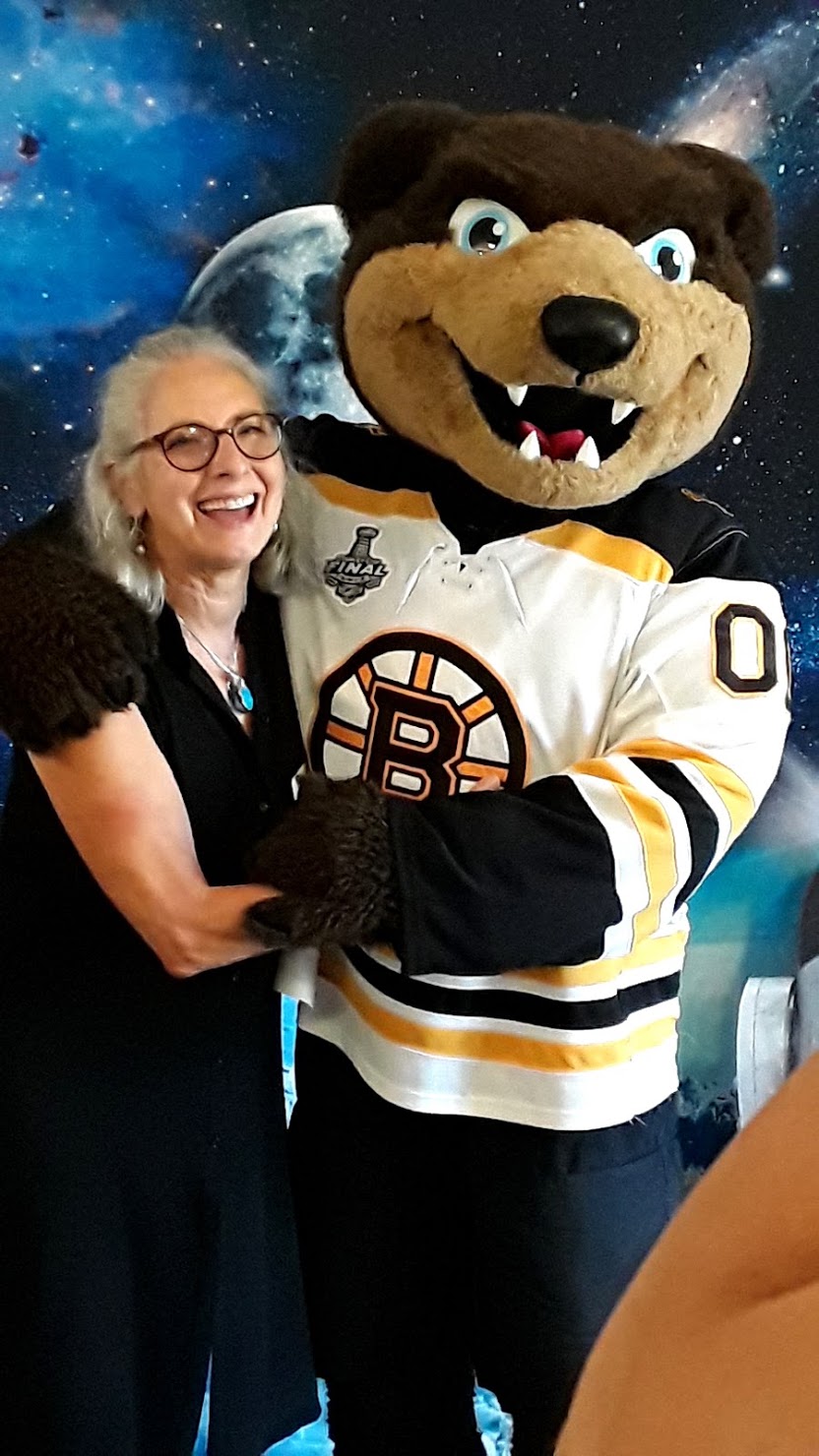 Sheffield — An animal was on the loose Wednesday afternoon at the Bushnell-Sage Library—well, sort of. The library received a visit from Blades, the mascot of the National Hockey League’s Boston Bruins.

The Bruins organization and the Massachusetts Board of Library Commissioners have been collaborating for 10 years on a program that encourages children and teens to read over the summer months in order to retain academic progress gained over the previous school year and avoid the “summer slide,” the MBLC said.

“Through the generosity and financial support of the Bruins, the group travels to libraries across the state meeting children and highlighting the fun in reading,” said Sandy Balayan, circulation manager at Bushnell-Sage.

This week, Blades and his entourage were in the Berkshires at the Sheffield library, where young people and old enjoyed having their pictures taken with the bear clad in a Bruins uniform, as well as participating in all kinds of activities, and receiving special gifts from Bruins players who shared their own lists of their favorite childhood books.

“We are excited to celebrate ten years of partnering with the Boston Bruins for the statewide summer library program,” MBLC director James Lonergan said in a news release. “It is especially exciting with the Bruins competing for the Stanley Cup this year. We hope the success the Bruins had on the ice this year translates to our summer library program.”

Since 2009, over 3 million children, teens and adults have participated in summer reading as part of the “When You Read, You Score!” program. The collaboration has grown to include New Hampshire and Rhode Island, where it has been equally successful.

Children and teens who participate in summer reading programs show an increase in vocabulary scores on standardized testing and an increase in comprehension scores. The MBLC says reading just four books over the summer can prevent summer learning loss.