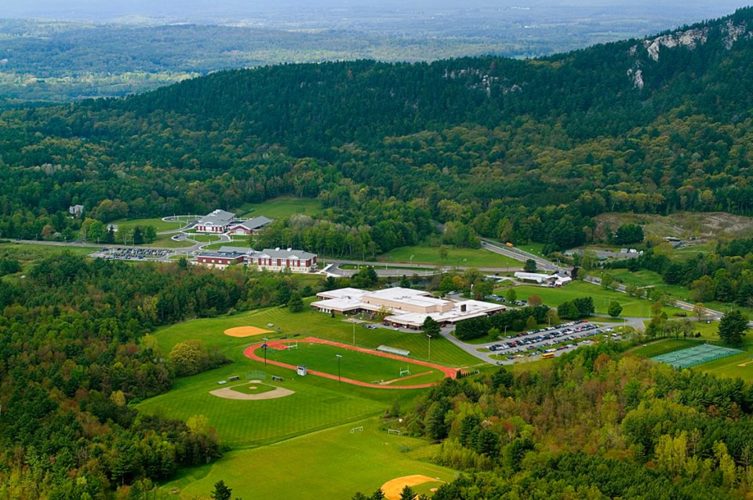 Berkshire Hills began using a lottery system last year due to the overwhelming popularity of the district, and the need to control the influx of students from surrounding districts. School officials have already begun working to set the numbers of new choice students for the 2016/2017 school year, and will notify families of their decision after May 1, said Superintendent Peter Dillon.

Muddy Brook Regional Elementary will see 10 choice-in students; Monument Regional High will see 10 to 15. None will enter Monument Valley Regional Middle, however, and all the numbers may shift, Dillon added, depending on whether people move, or other changes.

School officials have had to perform a balancing act in the school choice arena, since $5,000 comes and goes with each child, as mandated by the 1991 state law. Berkshire Hills typically sees around 90 to 100 students choice-out to other districts for a variety of reasons, but usually because of family geographic issues, according to Dillon. That’s a $450,000 loss to the district that somehow needs to be made up. But it needs to be done carefully, by filling already-empty seats, for instance, so as not to increase expenses by hiring more staff.

School districts are hamstrung by school choice policies all around: once choice-in students are accepted, the school must keep them until they graduate, unless they move out of the district. But they do continue to bring with them that $5,000 per year.

What makes school-choice so controversial in some districts is the heavy toll it takes on schools where the choice-out rate is high and the choice-in rate is low. On the flip side, in popular districts like Berkshire Hills, there is mounting frustration from taxpayers about shouldering the bulk of what it costs to educate a child who comes from a town other than the three in the district: Stockbridge, West Stockbridge and Great Barrington.

That’s because the $5,000 state reimbursement rate isn’t really enough to cover the full nut; what the the state Department of Education (MassDOE) says was the 2014 cost per pupil in the Berkshire Hills District: $16,105.56.

There are 242 total choice students in the Berkshire Hills system, according to fall 2014 enrollment numbers. The roughly 25 new choice students, coming in the fall, will bring the $5,000 with them, and perhaps even more if some of those students have special education needs.

That $5,000 per pupil was never indexed for inflation, however. So in a punishing school-choice and school-funding landscape, Berkshire Hills has crafted itself into a desirable district, and Monument High a top comprehensive high school, offering programs that attract students from other districts along with the revenue that keeps the exciting programs running.

Great Barrington taxpayers have lit a fire under school officials to do something about the unfair elements of school choice. When most of the town’s taxpayers twice rejected the plan to renovate the deteriorating 50-year-old Monument High, the clamor exposed the underbelly of a state policy initially crafted to “help poor kids trapped in failing school systems,” noted school committee member Richard Dohoney, who called the policy “a cancer” and “a zero-sum game.”

Committee member Fred Clark said he agreed that the policy was “unfair,” but that school choice “actually enriches our population…benefits our kids by giving them opportunities.”

“One of the paths forward,” Clark added, “is to equalize the number of kids going out and in — that could be a formula…the problem is financial.”

Both Dohoney and Clark said voting to close the doors this year on entering choice students would be disastrous to next year’s budget, since the revenue of $1.3 million had already been planned for.

But Dohoney wondered how to “wean off” choice revenue in the future, and was hopeful about a “multi-district agreement” on the issue. “If we could get all our neighbors on board,” he said. “If everyone agreed to a moratorium on choice it would mitigate that.”

“The kids who are coming here are not coming from failing school systems,” Dohoney added. “And they’re not poor, the vast majority of them — it’s rich white kids who are coming here. So it’s making us better, but it’s detracting from our neighbors as well. I want to be a good neighbor to other school systems. Pittsfield and North Adams are being destroyed by school choice.”

Committee chairman Steve Bannon said that the “the state doesn’t think [choice] is a problem. We think it’s a problem…when it’s only affecting small number of rural districts for the most part, raising that $5,000 would adversely impact many cities and towns.”

“We have to form a coalition,” Bannon added, “to see if there’s an alternative.”

That coalition would be made up of other districts, which, like Berkshire Hills, need a higher reimbursement rate to correct the imbalance. There are 13 such districts, Dillon said, and Great Barrington Finance Committee member Michael Wise has identified them and is helping Dillon and the school committee craft the approach to join forces. Dillon noted that “changing the dollar amount” is a tricky business for elected officials depending on how the schools in their districts are faring.

Dillon said the situation was unfair. “Even the virtual high schools are getting more than the $5000,” he said. “There’s been an inconsistency over the crafting of policy and formulas over the past three decades.”