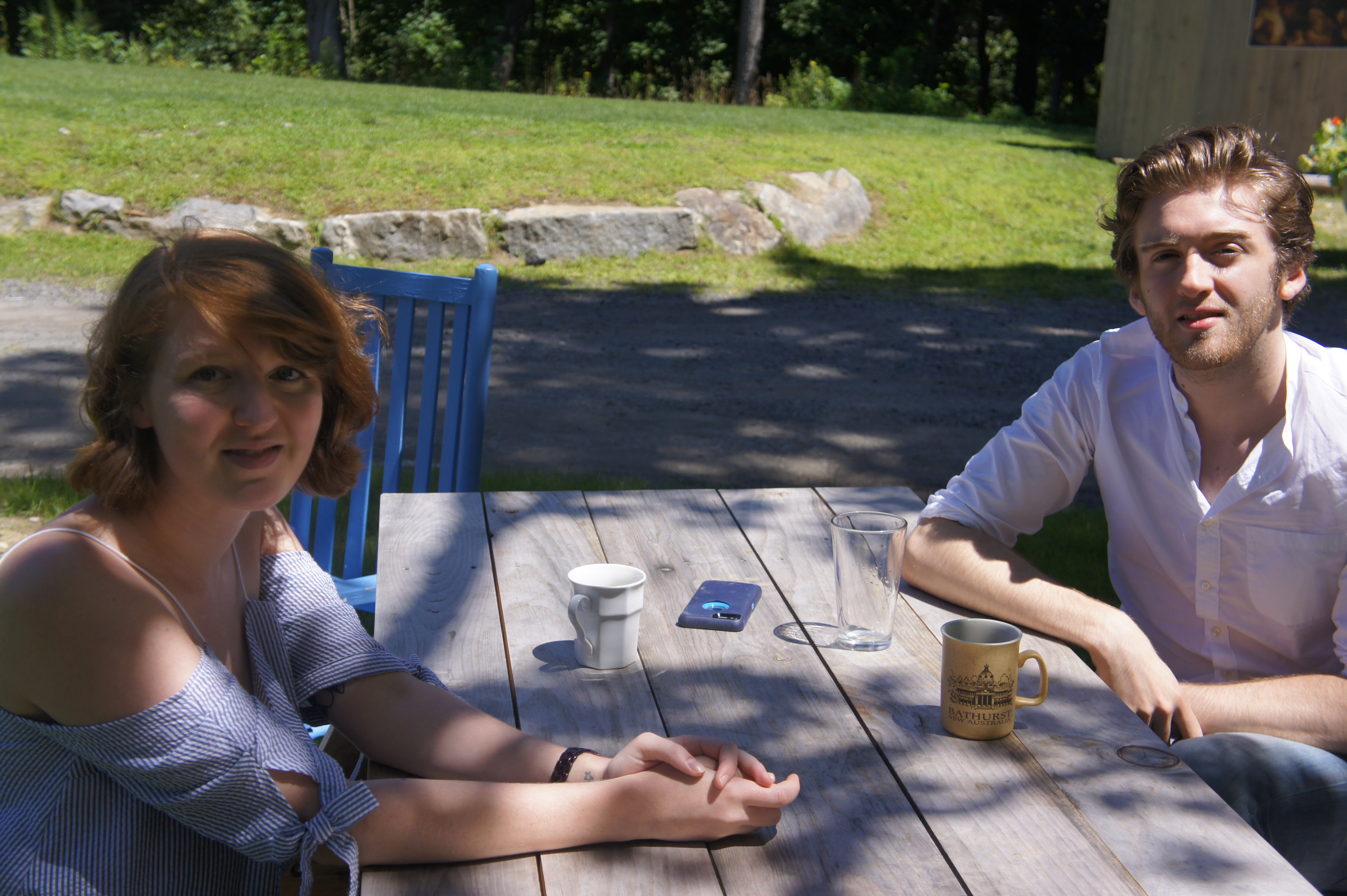 Egremont — For Jackson Teeley, there’s no place like home; the 23 year old, who ventured off into the world to study music composition at the University of the Arts in Philadelphia, describes the Berkshires as “[one of the] most magical places in the summertime,” a locale that has had a prodigal pull of sorts on the wildly talented composer/actor/director since his graduation from Monument Mountain Regional High School in 2012. “I love to do so many things,” Teeley admits, “and composing brings me lots of joy,” he adds — gesticulating wildly — from his seat at a picnic table covered with dappled sunlight. Despite living in New York City, Teeley is relaxed and comfortable on the lawn at the Egremont Village Inn, a property his family acquired in 2012 — largely because of “The Barn” — a venue poised to make seasonal theater a fixture in town thanks to the efforts of the dynamic duo that is Teeley and his sister, Caitlin.

The Barn, as it’s known to locals, has had many iterations — dating back to its origins as the Robbie Burns Pub, a biker bar frequented by Arlo Guthrie — the most recent of which was launched in June 2016 as The Barn at the Egremont Village Inn. I caught up with the Teeley siblings on a recent Sunday morning, where I found them sitting opposite one another–iPhones face down and at arm’s length — drinking coffee and genuinely enjoying one another’s company. They come from a family of artists and musicians who picked this area for its energy — and the siblings’ collaboration is one that was hoped for, although neither of them was sure the form it would take.

The pair, beneath a string of white fairy lights and orange paper lanterns, were decidedly animated in their discussion of myriad topics — from high school arts education and graduate degrees to their favorite theatrical roles as well as the merits of food trucks — in no particular order. Their recent run of Spring Awakening — an original musical production starring both Teeleys — was the duo’s first full-fledged theater production at The Barn. The show was fully produced and directed by Caitlin — who holds her BFA in theater from CAL Arts — and Berkshire native Harrison Lang; it featured an entire cast of incredible Berkshire youth talent. “It was a lot of work…[for a] limited run; [and it] was more successful than anyone could have expected,” says Caitlin Teeley of her experience working with her brother on this project.

The Teeleys’ current project revolves around the stage adaptation of a musical short film composed by Jackson — part of the 2016 Made in the Berkshires Festival — titled, What We Were. The 2015 work, written with fellow MMRHS student Corey Potter, has been expanded to include 13 original songs. Throughout the workshop phase, it became undoubtedly clear as to the influence of place — one which Teeley calls “an opportune location,” that is the Berkshires. In it, a pair of siblings return to their hometown and face the realization that a sense of home eludes them. Jackson explains the search for a place to call home as having, “an allure, a pull — one that equates to a longing for what [the protagonist] remembers.” This, of course, is not always an accurate reflection of what exists, however, making What We Were a memory play.

“Memory is not honest,” Teeley reminds me. “It blurs the imperfection and bathes it all in nostalgia and warmth,” he explains. In this vein, the subject matter has what Teeley calls, “a remarkable resonance with people,” one rooted in their visceral reactions to the siblings who experience similar albeit disparate paths: following one’s dreams versus finding home. As to the evolution of short film into full-length production? “The direction it has taken works,” says Caitlin, noting the uncanny compatibility with the Teeley siblings’ story. Jackson Teeley speaks of the Berkshires as “such an amazing community — [one that is] hard to escape — and [one in which he feels] so fortunate to grow up.” His sister cuts straight to the chase, calling it a “cultural landmine…a place [she] didn’t expect to be on the list,” of locales on the proverbial roadmap for those individuals — such as herself — following what she calls a “solely acting route.” After stints in both Los Angeles and New York, Caitlin came to the realization that she did not like urban living, but she wanted to be an artist. Thankfully, her family put down roots in fertile soil.

“As much as all art struggles in public education, there is an amazing program at MMRHS,” said Jackson Teeley, one that he considers to have been, “very influential,” in his chosen career path. Caitlin Teeley is even more specific noting, “what [Linnea Mace] did for high school musical theater education was monumental.” Caitlin, a 2008 graduate of MMRHS, cites her role in the ensemble cast of Beauty and the Beast, when she was a sophomore, as her entrée into the world of acting and theater arts. As for Jackson? He played the Scarecrow in the MMRHS production of The Wizard of Oz when he was a sophomore — and so, in more ways than one, his nostalgia for bygone time and place is apropos. As is his ultimate return to the Berkshires. His show Arrowhead: A New Musical premiered at the Daniel Arts Center at Bard College at Simon’s Rock in 2014 with an all Berkshire youth cast; the show went on to have its first New York City debut in February 2017.

In short, check out theater at The Barn at the Egremont Village Inn — not only as a means of quality entertainment, but also as a barometer against which to measure the accomplishments of Jackson and Caitlin Teeley who — with all their talent, humility and ebullience — are sure to soar well beyond the parameters of the Berkshires. Pardon my mixing of metaphors while I recall Shakespeare, who said “all the world’s a stage,” and L. Frank Baum whose cliche phrase — oft accompanied by the clicking of one’s heels — promises, “there’s no place like home….” It is a foundation in the latter that facilitates flourishing on the former, and I look forward to hearing of the Teeleys’ imminent success in both arenas.

What We Were will be work-shopped in three performances at The Barn; the first, on Friday, August 18th at 8 p.m. will be followed by two shows on Sunday, August 20th at 2 p.m. and 8 p.m.. For tickets and more information, consult the Berkshire Edge calendar, www.theegremontbarn.com, or call 413-528-9580.