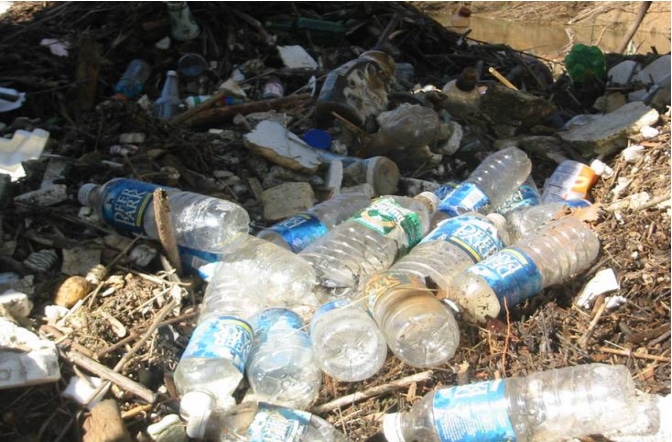 It never ceases to amaze me how history likes to repeat itself.

It’s been over three decades since the Commonwealth of Massachusetts passed the Bottle Bill, a bill mired in controversy from the get go. Since first proposed in 1979, it has undergone a number of incarnations. It has been postponed, passed, vetoed, postponed and passed again. Today, its proposed purview of expanding the nature of the bottles receiving a 5-cent deposit is back again.

Labeled Question 2, it is now appearing on November 4 ballot because while the state Senate has voted three times to pass it, it still never went for a vote in the House.

To turn things around, die-hard proponents for the expanded bill, led by environmental groups, (including a Berkshire delegation that has been 100 percent in favor of updating it) delivered two petitions this past year to the House totaling close to 150,000 signatures. It’s now up for voters to decide.

A“ yes” vote would expand the range of plastic bottles and metal cans that offer a refundable nickel deposit. As of today’s bill, this only applies to carbonated soft drinks and beer. Based on major changes in consumer trends since the first bottle bill, many do not view it as reflective of our changing tastes. 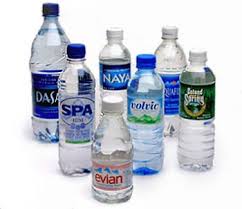 Since the first bill’s ratification in 1983, “new age” bottled drinks have exploded exponentially. Among these are Dasani and Poland Springs (whose source is mostly tap water, but that’s another issue), sports drinks such as Gatorade, ice teas, and countless versions of pink, yellow and peach-colored “vitamin waters.” And, in spite of the decline in demand for sweet carbonated drinks in the U.S., multi-national corporations such as Coca-Cola, Pepsi and Nestlé have not seen a dent in their profits, even during the past recession. With demand for sweet carbonated drinks exploding in much of the world where countries such as Mexico have a higher plastic litter problem than our own, new, “healthier” drinks are being grabbed back here.

So, how has our bottle bill made an impact since 1983? According to the Massachusetts Sierra Club, the added incentive of a nickel deposit has enabled 35 billion bottles to be recycled in the Commonwealth. Bottle bills cut litter while supplying the plastic, aluminum, and glass that goes directly back into remanufacturing.

Most municipalities endorse bottle bills because such cleanup and disposal is expensive. The Massachusetts’ Department of Environmental Protection estimates that updating the nickel deposit to include new beverages would save taxpayers up to $7 million each year.

Again, the numbers say it all: 80 percent of deposit bottles get recycled while 77 percent of no-deposit containers end up in landfills, incinerators, or worse still, roadside litter. This is in spite of the fact that recycling has also been with us for decades.

Or has it? Over half of this “green” state’s cities and towns do not offer curbside recycling (unlike what the bottle industry is saying). Compounding the issue is the ubiquity of $1 plastic bottles in people’s hands while out and about. Where do they go once consumed? 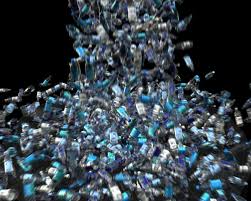 “Big Beverage companies know that three-quarters of these beverages are consumed away from home, out of the reach of curbside. They want the cities and towns to pick up the tab, pick up the litter, and basically let the bottlers do what they do best… make more profits.” (Phil Sego, “Big Beverage vs. The Environment: The Battlefield in Massachusetts” Huffington Post 10/6/13)

Currently, 10 states have adopted bottle bills. Some, such as California, are far more comprehensive than our existing one. Implemented in 1987, California’s bill includes all non-alcoholic beverages including fruit and vegetable juices.

A little history of the bottle bill in Massachusetts:

Massachusetts is all about history. However, while our own bill was officially conceived in 1973, it had emerged in Dublin for mineral water in 1799, soon to be taken up by Schweppes that was promoting the recyclability of glass. Much later in North America, it was first passed in British Columbia in 1970 followed by Oregon in 1972.

Accompanying growing environmental awareness that brought about the Clean Water and Clean Air Acts, organizations such as MASSPIRG, the Massachusetts Audubon Society, Friends of the Earth, and the League of Women Voters formed a coalition known as the Committee for a Massachusetts Bottle Bill.

With much persistence and effort, the proposed bill finally cleared both the Commonwealth’s House and the Senate in 1979. It was promptly vetoed by Gov. Edward King. Not giving up, the coalition re-submitted it. It cleared both houses in 1981 but guess what? It was vetoed once again by King to be only ratified in 1983.

Just as in today’s scenario, several beverage industry-supported groups under the umbrella of the American Beverage Association had formed their own coalition to defeat it time and time again.

Fast forward to the 21st century. In the past decade, in spite of Gov. Deval Patrick’s environmental stance, expanding the bill has also been rife with politics and lobbying. Simply put, it has stalled to the point where one might conclude that sheer complacency and lethargy on the part of the legislators could be the only response.

In just the past few months since it was placed on the ballot, the opposition has incurred negative advertising bills to the tune of $8 million. One of their popular mantras: its passage would drive up beverage prices and hurt the consumer.

Jumping on the campaign bandwagon are supermarket chains complaining that expanded container deposits would be too cumbersome — and expensive to handle even though they receive a percentage of the deposits. Indeed, grocery chains such as Price Chopper in Great Barrington are handing out pamphlets urging rejection of the new Bottle Bill.

When it comes to the consumer, in a recent Boston Globe article, Janet Domenitz, executive director of the Massachusetts Public Interest Research Group, counters: “It’s a bogeyman, and it is not backed up in fact. You look at the other states where they’ve updated the container deposit law, you look at New Hampshire where they don’t have it, in no instance does it bear out that putting deposits on containers means the prices go up. But it’s a good thing to scare voters with, so they do it.”

Such tactics are now being challenged by more than 120 local and state environmental and civic organizations including our own Berkshire 350.orgMA. Most impressively, as a further testament to their environmental commitment, are the former 1970’s activist nonprofits leading the charge for “Yes on 2.”

According to the Massachusetts Sierra Club that has also been behind a sophisticated statewide phone campaign, the updated bottle bill is being endorsed by more than 400 small businesses while more than 200 cities and towns passed resolutions in favor of it. This should come as no surprise. According to MASSPIRG, the updated bottle bill will save municipalities up to $7 million a year, or an average of $1 per person in litter pick up and trash disposal costs.

On a national scale, the eyes are now upon us. The Massachusetts bottle bill is a model that points to the deeper issue of producer responsibility. “Those who create the waste are those who pay to clean it up,” sums up Phil Sego, author of the Huffington Post article and coordinator of the Massachusetts Sierra Club’s Bottle Bill campaign.

The state of Delaware and the town of Columbia, Missouri have already lost their bottle bill; hopefully Massachusetts will expand its own. Forty more states could join us.