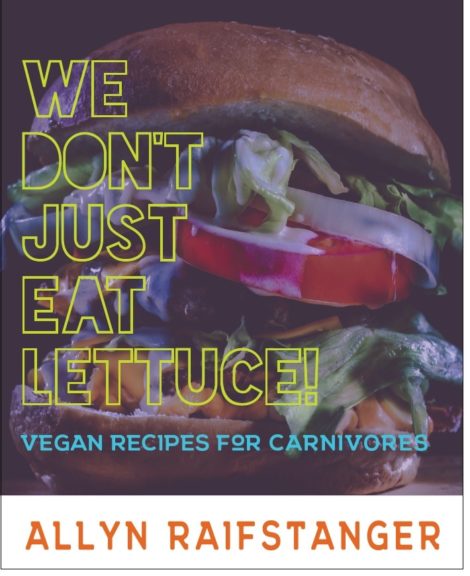 People were surprised when they ran into the “new” Allyn Raifstanger on the street. Typically the dialogue went something like this:
FRIEND: Oh wow!
ALLYN: I began a plant-based diet several years ago.
FRIEND: So… you don’t eat meat?
ALLYN: Correct.
FRIEND: Well, how about cheese?
ALLYN: No cheese.
FRIEND: Well, I couldn’t give up cheese or eggs or steak.

It was a blow to the newly slim, trim and toned Allyn Raifstanger. For the 55-year-old Great Barrington native, he hadn’t merely lost a few pounds, he gained insight, energy and, most importantly, more time on this earth.

“I can count on one hand the number of times someone said, ‘That’s interesting, I’ve been thinking about it,’ ” says Raifstanger. If you’re one of those people, read on. 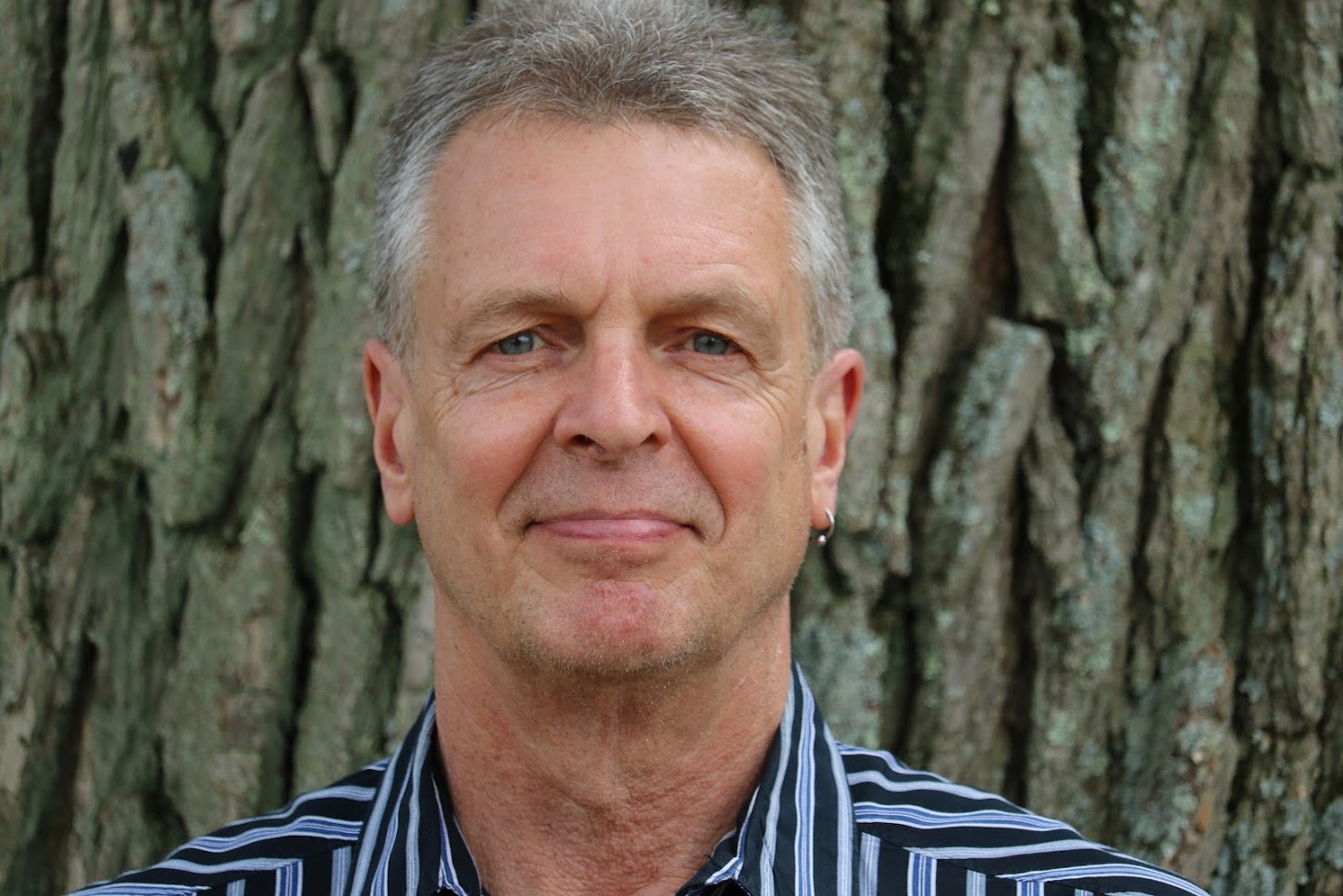 We live in a time when the simple choice of what to have for lunch now requires the kind of high-level prioritizing once reserved for room-sized computers. Now, when a server asks what you might like for dinner, the environment, one’s health and, finally, desire must be held in balance before deciding on the sprout salad (salmonella?) or the sirloin steak (methane!) or the flat bread (carbs/grain/celiac/pick-one), whether the food is fast, slow, farm-to-table or cooked by your own mother.,

Raifstanger’s background is not much different from that of many readers of this publication. Like many Berkshire natives, he spent his youth roaming around on bicycles, playing ball and enjoying the physical and spiritual freedom that the Berkshires offered in the 70’s. His first job was at Friendly’s as a breakfast cook, and later he was hired at The Red Lion Inn from which he catapulted into the hospitality program at UMass in Amherst.

Unlike many whose first job might be in a local restaurant, where the hours and minimum wages depend on a steady supply of teenage workers, Raifstanger stayed in the industry and found success in the fine art of feeding people. After working for several decades for Omni Hotels, he landed a senior level position at a hotel in Cincinnati, and eventually opened Allyn’s Café. By the time his restaurant was in its seventh year, Raifstanger was a married man with three children. With each new child he put another addition onto the restaurant. At age 55 he was a man in full. But his doctor began prescribing cholesterol, heart, and blood pressure meds and then a diagnosis of Diabetes 1. That got his attention.

Exterior of Allyn’s Café in Cincinnati.

“I was afraid of getting cancer and began to do some research,” he writes, sharing his discovery of the levels of steroids and hormones in meat, but the implications didn’t register at first. He believed poultry was a lean meat and wondered how sliced deli meats could be harmful. For his lifestyle, the chef writes that fast food was a must because of what he describes as the hectic, stressful, multi-tasking world he and his family lived in. “Besides,” he says, “fast food made life fun and easy. We lived in the United States, so our government and our food companies wouldn’t sell us products that were unhealthy, would they?”

One evening after watching the series Breaking Bad with his son, Raifstanger viewed a documentary that proved his diet was indeed killing him. The Beautiful Truth illustrates the path of a healer named Dr. Max Gerson who found a cure for terminally ill cancer patients with a therapy he had used to alleviate migraine headaches. Dr. Gerson was interested in the nutrients in the soil where our plants grow and applied this therapy to eliminate toxicity from the body and replace poor diets with more nourishing, organic, plant-based sources. Cancer patients regained their health through supervision from Gerson Institute doctors who introduced diets free of meat, dairy, and eggs. In addition, a regimen of an organic, plant-based diet and the daily ritual of juicing was implemented. Hungry for validation, Raifstanger found it in another documentary called Hungry for Change which revealed how obese people lost hundreds of pounds by turning to a plant-based diet and juicing. 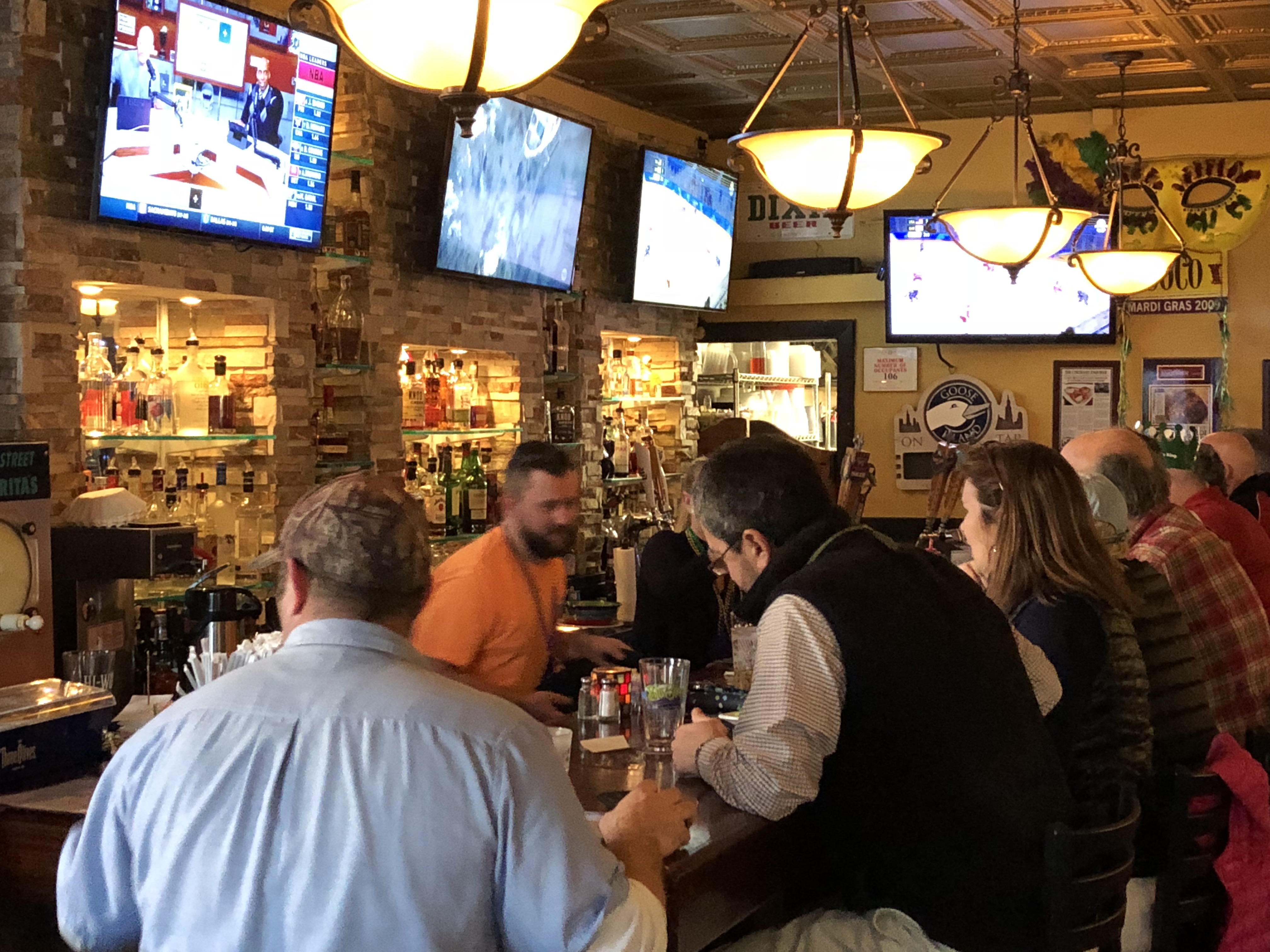 The bar area at Allyn’s Café.

Unlike a smoothie, there is no fiber in juice and that results in a higher concentration of nutrients. Raifstanger’s first step was to purchase a juicer and from there he convinced his wife and later his relatives to take the journey with him.

Because the plant-based diet is exactly that, the plants must be cooked or mixed into juice. There isn’t the ease of slapping a chop or a piece of fish into the frying pan and merely searing until edible. No easy protein solutions in this diet. But there is the easy-to-digest notion that a plant-based diet offers a longer life without the ailments that plague many Americans as they approach middle age.

According to Raifstanger, it takes only a half-dozen recipes to keep food on the table when starting a plant-based diet, and his book offers useful instruction on topics such as procuring, storing and processing the ingredients to make those half-dozen recipes.

Beginning with the purchase of a juicer, Raifstanger substituted what he was eating with healthier vegan alternatives. His wife joined him as did his brother, Peter and his wife Audrey, in Great Barrington who watched the videos and also started eating plant-based. Results came quickly. 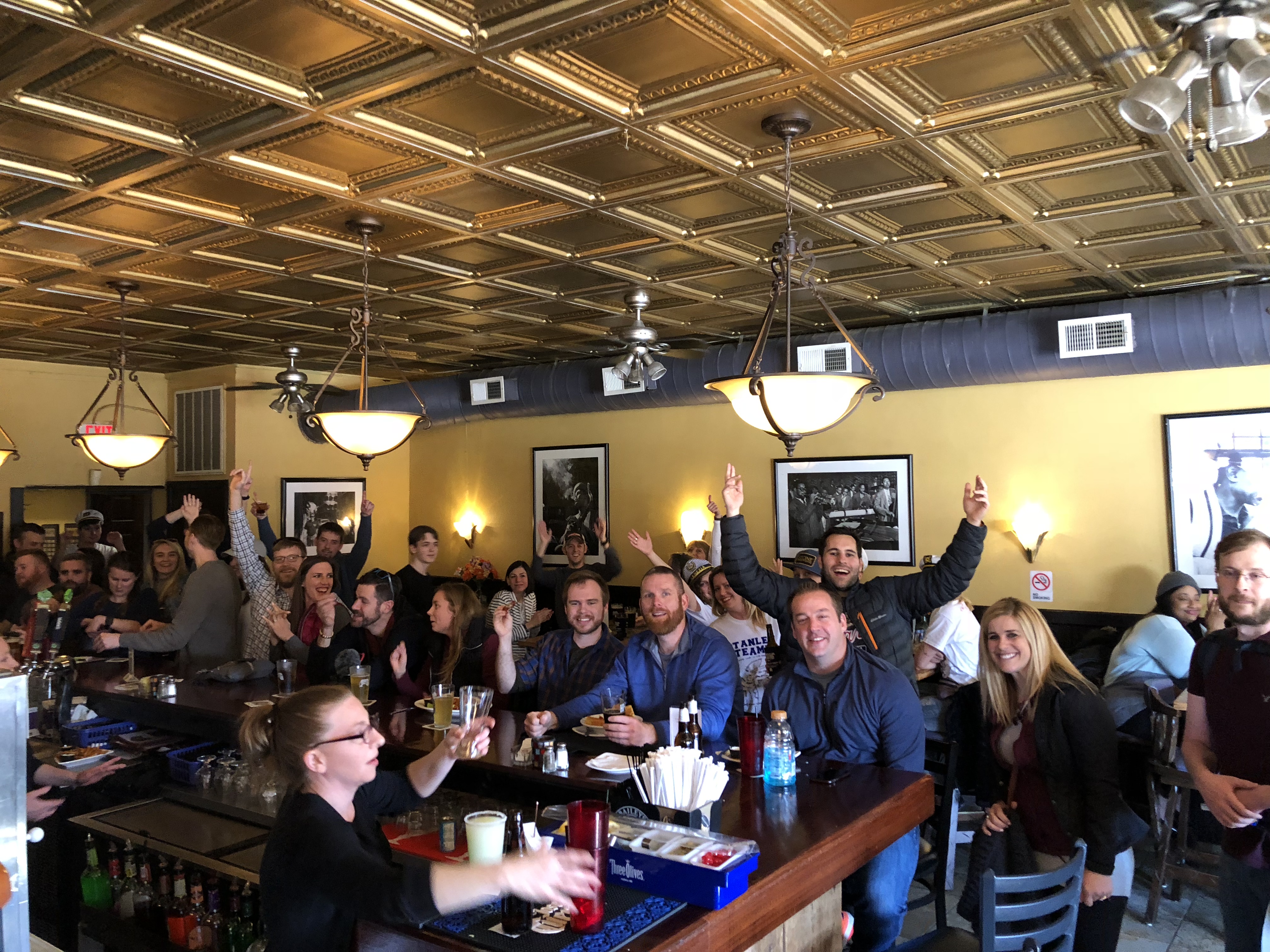 Raifstanger claims to have twice the energy he had before, lost 25 pounds within a 60 days and had so much extra energy he signed up to train for the Flying Pig Marathon in Cincinnati. He later joined a running club and ended up running two marathons, although he had never been a long distance runner before.

Finally, changes were made at Allyn’s Café, beginning with the addition of locally sourced vegetables and some faux meat products. As for eliminating all meat, he claims he could never do that because he would go broke.

The following recipes are from We Don’t Just Eat Lettuce!

RECIPE: Vegetable Quesadilla with Black Beans. Serves a small crowd.
(“Here is a favorite vegan quesadilla that is my go-to for a tasty treat. It’s very filling,” says Raifstanger) 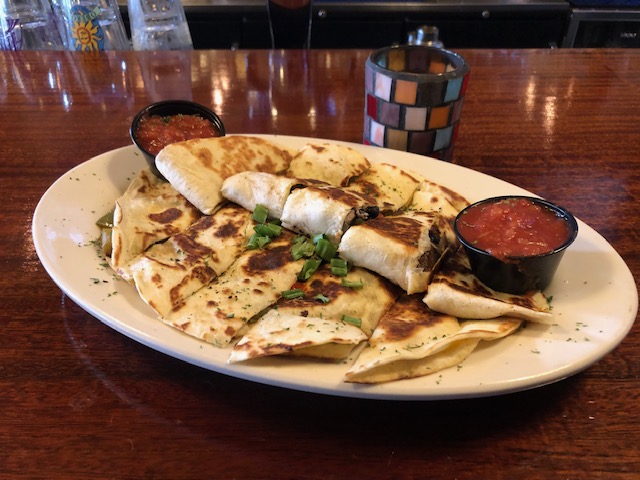 Add the canned tomatoes and green salsa, and continue to cook until the mixture is thoroughly cooked, and the vegetables limp. Set this aside in a bowl.

Drain the black beans and rinse with cold water. Finely dice the remaining cilantro and set aside. In a 2-quart pot or larger, add the beans, onions, peppers, and carrots. Cook over a medium to high heat until the mixture begins to lightly boil. Stir frequently and make sure that the beans don’t stick to the bottom of the pot; then, add the vegetable base cubes, 1 cup of salsa (thick like a Pace Salsa), thyme, cumin, brown mustard, and minced garlic. Cook at medium heat until the mixture begins to lightly boil again, and then reduce the heat to a simmer. Cook at a simmer, stirring occasionally for about 40 minutes. Make sure when you are stirring that the beans are not sticking to the bottom of the pot. When stirring, also mash the black beans to the side of the pot to break them down a bit. You can also use an immersion blender to slightly, but not completely, purée the black bean mixture. Add in the cilantro about 10 minutes before removing the beans from the heat. Remove from the heat and let cool until the bean mixture thickens.

Warm the tortilla shells slightly, either in your oven or microwave (20 seconds). Add a layer of Daiya cheese, the onion and the pepper mixture, and the black beans to half of each tortilla. Fold the tortilla over. In a large saute pan or pancake flat top, coat with vegan butter spread or olive oil.

At medium heat, cook the quesadillas on each side until golden brown (about 3 minutes per side). Slice the quesadillas on a perpendicular angle to create ribbons. I like to use a pizza cutter to do this. Serve them on a platter or on individual plates with a big side of salsa and vegan sour cream. Garnish with the scallions.

Place all the ingredients into a food processor and blend them until smooth. It should have a thick consistency. Add more lime juice, if necessary. Set this aside in a bowl for assembly.

RECIPE: ABC Juice
(Please note: Advance preparation for juicing is very important. Rinse off all your vegetables and then package them in gallon-size plastic bags, so they are ready to go the next day. This can be very time-consuming, so just pick an idle time of day to wash, rinse, and package your fruit and vegetables.)

DIRECTIONS:
Put the beet quarters into juicer, then the carrots, and then the apple quarters. 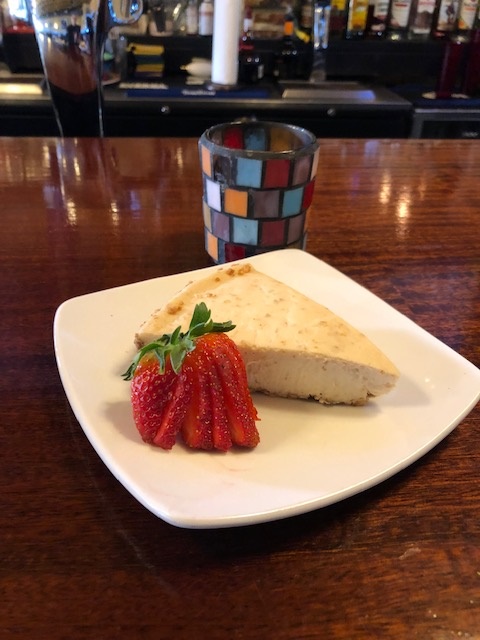 Grease a springform cake pan with more Earth Balance Buttery Blend sparingly (a springform pan has a clip that will allow you to take the side of the pan off when the cake has cooled). Pour the contents of the crust mixture into the springform pan and make an even layer of graham cracker along the bottom, then a ridge along the interior pan about an inch high. Preheat the oven to 350 degrees.

In a food processor, add the Tofutti cream cheese, Tofutti sour cream, silken tofu, flaxseed meal, organic sugar, pure vanilla extract and the juice of a half lemon. Blend this mixture for about four or five minutes. Pour the filling in to the cake pan and even out the top with a spatula. I also like to tap the pan lightly on the kitchen counter to help even out the mixture. Next, put the cake in the oven on top of a cookie sheet. This is important in case the buttery spread leaks out of the bottom of the springform pan (which could cause a fire). Bake for one hour.

Once the top of the cake has baked evenly and has a slightly light brown hue, it’s done. In my oven, it takes exactly one hour. Let the vegan cheesecake sit on top of a countertop for about 45 minutes and then place it in a refrigerator for it to cool completely. I generally wait four hours before I slice into the cake. Serve the dessert on a large or small plate with a fruit garnish, like fresh strawberries or blueberries.

We Don’t Just Eat Lettuce: Vegan Recipes for Carnivores can be purchased on Amazon or via the author’s website, www.envisionhealthandwellness.com. 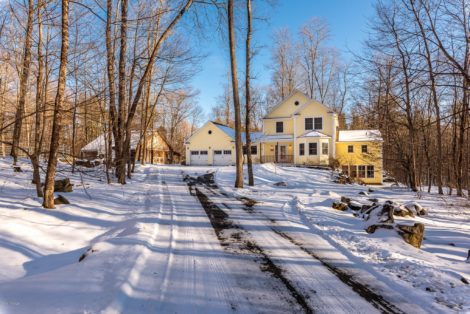 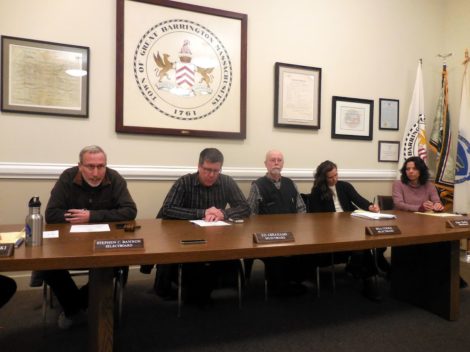 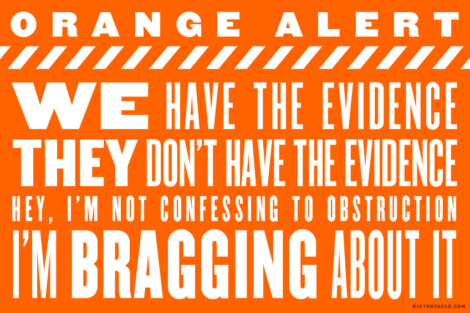 FDR was far left of Obama? Do you think Obama would have interned Japanese citizens? Obamacare is a gift from the right wing? Now that's a head scratcher, seeing as not one Republi...