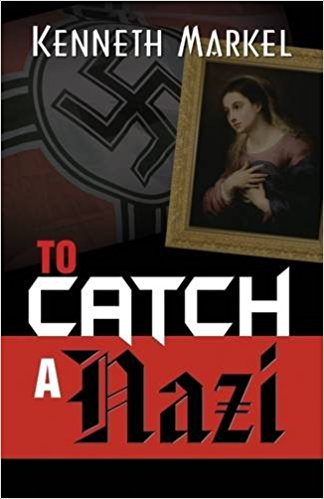 BOOK REVIEW: ‘To Catch a Nazi’ by Kenneth Markel

“To Catch A Nazi” by Kenneth Markel is an historical novel, a spy thriller and a gumshoe noir all in one riveting story. The novel sites the figure of at least 1,000 Nazis who were somehow freed to roam the world after the Nuremberg Trials, some escaping to South America and some coming to the United States. These murderous monsters cleverly settle, amass wealth and regroup for action on many fronts. This novel is the story of one man’s lifelong pursuit of one such Nazi whom he must find, identify and dispatch justice upon as an oath made to his dying mother and because, as a child of nine in 1933 Berlin, he was inadvertently made responsible for her death by two Gestapo agents.

When his German father, Ernst Manneheim, disappears, and his Jewish mother, Freda Adler, a writer for “Vossische Zeitung,” an anti-Nazi journal, is in hiding, Wilhelm (Willy) Mannheim is taken from school one day at the age of 9 and interrogated by the Gestapo. They trick him into revealing the whereabouts of his mother and, when he comes home, he discovers her on the lawn, tortured and dying. Her last words were, “… Kessler painting,” and then she was gone. But Willy knew then and there that he would spend his life devoted to solving the mystery of her murder and seeking justice for his mother.

The story picks up in New York City in 2004; Willy has long since been adopted by an American family and his new name is David Menard. He is now a very fit 80 years old. The other players in the mystery, if alive, are around 100 years old in age. Like Simon Wiesenthal, “the conscience of the Holocaust,” David is a Nazi hunter and makes his living as a binder of fine volumes. When, in his investigations, he notices an auction of paintings by Bauhaus artist Anton Kessler, David is excited that he may finally be close to the clues and the people he must get near to resolve the mystery of his mother’s death and confront the Nazi renegades he will bring to justice. 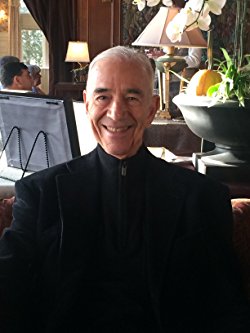 Remarkably, when he shows up for the auction, he is outbid on every piece of art by a small group with German-sounding names. Even more startling is when he is invited to a cocktail party for all the winners. They want to meet him because they know more about him than he does of them and they also know who the mysterious Uncle Kurt is that has been sending David letters of support. The “winners’” clutch are the Nazi gang of Bruno Schneider, one the most despicable of all the Nazis.

The way to confront Bruno is treacherous, murderous and fraught with intrigue involving love, friendships and ghosts from the past – one literal and another real-life, impossible and yet true. David Menard’s mission is vengeful and deeply personal and he is finally given every chance to carry it out. The story involves the Israeli Mossad, the CIA and the help of many kindred spirits but, in the end, it is David Mendard – the grown-up Willy Manneheim – who must shoulder the load and take care of business for himself and the memory of his mother.

Kenneth Markel is a former editor at Magazine Management, a pulp-fiction company publishing adventure magazines. His short stories have appeared in True, Adventure Life, Sportsman and Mystery Tales, among others. He lives in Great Barrington.