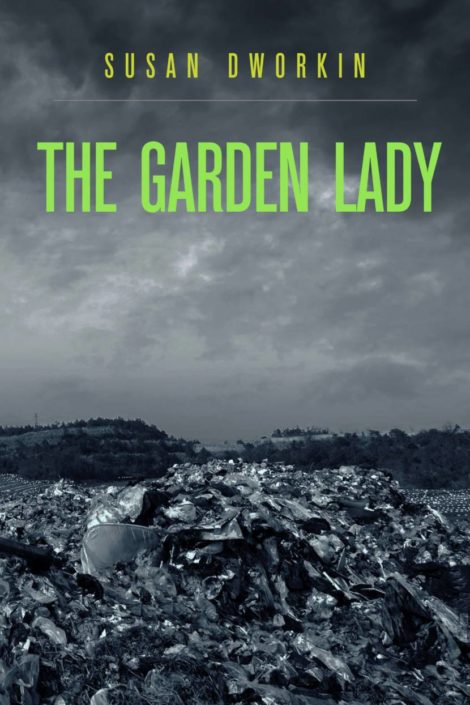 What price beauty? Beauty, in the form we know it today, has been written about, painted and sculpted since the period of the ancient Greeks. And, before that, in more primitive forms. Maxine Dash, a professional beauty, famous model and comic supporting actress, is the main character in Susan Dworkin’s new novel, “The Garden Lady.”

By the time Maxine is a young preteen, her beauty is evident to everyone. She uses it to its fullest advantage in life-saving events well into adulthood. She gives back something beautiful in the form of a magnificent park. The transformation of the landfill, called Garbage Mountain, is hoped to be Maxine’s legacy.

From the very beginning of the story, we know that Maxie is planning a memorial garden in New Jersey to her dead husband, Frank Dash. She now shares her lavish palace in New Jersey with her very wealthy, elegant second husband Albert Vandeblinken, an aircraft broker and collector of fine art, furnishings and jewels, which are kept in a locked vault in their home, a collection that Maxie is forbidden to enter alone or to tell anyone about its contents. Although Albert married Maxie initially because of her beauty, a real love developed between them in spite of his Svengali-like hold over her.

Right at the start, we learn that Albert has been savagely murdered. He had been under scrutiny because several of the small airplanes he bought and had refurbished have crashed over the years. Sam Euphemia, director of strategic operations for the western hemisphere for a big courier company, is convinced that Albert is responsible but can’t find any proof. He pursues Maxine, who honestly doesn’t know anything about her husband’s businesses. She merely hosted his business parties, knowing only the first names of the guests, forbidden by Albert to tell anyone about these gatherings.

Dworkin brings us back to Maxie’s early life as an orphaned eight-year-old child from New York whose parents died in an accident in 1939. She is sent to live in Sweet Pea, Arizona, with her aunt Gladys, who teaches at an Indian school on the reservation. It was in Sweet Pea that she developed her lifelong friendship with Celestita Rodriguez, known as CeeCee. Their lives remain intertwined as their careers develop in New York. They share losses, marriages, children, pain and joy together.

Dworkin epitomizes Maxine’s life as she is trying to turn Garbage Mountain, a landfill along the New Jersey Turnpike, into the beautiful garden she dreamed of. She realizes how much of her life was like what was found in the landfill, and building the garden is her path to redemption.

“If I did what my aunt Gladys said – planted the earth and shared the bounty – I would have a handle on rightness”.

Many authors bring a part of their lives into their work, sometimes overtly so and sometimes not. Dworkin’s book “Miss America 1945” about Bess Meyerson certainly made Dworkin aware of the advantages and disadvantages of too much beauty. Her book “Making Tootsie” about the movie with Dustin Hoffman certainly exposed her to Hollywood actresses and their pursuit of maintaining their beauty at any price. Her knowledge of agriculture is evident in her novel “The Commons.” Her family was in the courier business. In “The Garden Lady” she explores all of these issues, blending them seamlessly to create a remarkably believable novel of the good and bad that is part of the human condition. There are fully developed characters in the story: Sam, CeeCee, Albert, Gladys and, of course, Maxine. There is a level of suspense and tension throughout, and the ending is a real shocker and brilliantly written.