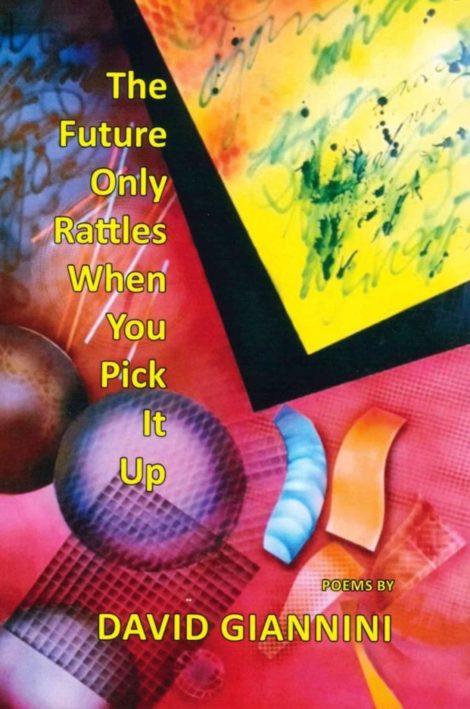 BOOK REVIEW: ‘The Future Only Rattles When You Pick It Up’ by David Giannini

“The Future Only Rattles When You Pick It Up”by David Giannini of Becket is, astonishingly, his 45th volume and representative of his finest work. It is divided into three sections: I – verse poems addressing a devotion to nature; II – “A Speaking Born of Us,” a 10-part love poem celebrating his relationship with wife Pam; and III – “Vertical Prosepoems,” opening with an excerpt from a New York Times commentary on the novelist Javier Marias, which reads in part, “His special gift is to bring these two processes, inquiry and narration, into a conjunction, making things up as he discovers them and discovering them as he makes them up.”As unusual as this might seem to borrow this commentary to precede these prosepoems, this description captures much of the spirit of Giannini’s own work and opens the door to reading it. 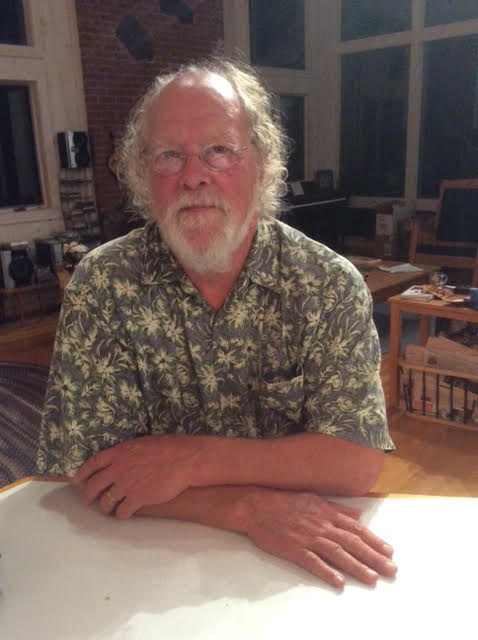 What succeeds best is Giannini’s elevated grasp of writing poetry that holds up the freedom and inventiveness of words, positioning words as Emily Dickinson might: spare, poignant and celebratory, as “the parcels of the heavenly grace,” as she has written. In the third of “RICKSHAW CHASM,” 12 Graphs, in part III, a series of moments, we are treated to one of several arcane facts in “A Moment Before 9:00 a.m.,” that it took the U.S. Supreme Court to rule that tomatoes are vegetables and not to blame for werewolves and witches. It ends, “Don’t osculate when you can kiss.” “SHARING 70% OF THE HUMAN GENOME” in part I informs us we have “14,000 genes in common with the deep-sea acorn worm.” These whimsical and inventive insights are all through the book, replete with clever vocabulary. “B.A.D,” an invention (I hope) of the varied cases of “cabin fever” in midwinter Becket and “Keys,” about his kindergarten teacher “Miss Angina, or maybe it was Angelina,” in “Vertical Prosepoems” are laugh-out-loud parodies that just may be truer than fiction.

Subjects range from resolving family issues later in life, marveling at creatures and plants great and small, to a kind of philosophical analysis of how we discover ourselves obliquely. “Vertical Bolt, An Assay” in section III opens: “Prosepoetry (as I spell it) is a sort of Dutch door on a cabin in the woods.”And in Part 10 of this poem, a couplet dreamily inspired by his partner’s hair” “… further and further fur on the pillow / a panther metaphysics of address.”Deft turns of phrase are frequent, and he delightfully and precisely uses beautiful words like “auric” and “refulgent” or “Lethe” (a river in Hades that causes one to forget the past) from “Exploration: What Is The Smell of Space?” Playful phrasing in lines like: “a force of a different clutter-horse / nickers, jester-hat-bee-balm, dog, / and with a knick-knack paddy whack / this old gent went howling…” from “MAYSONG OTHER, 2: SILLY WITH FATIGUE” create good fun.

The first line of “Buona Notte” captures perhaps how all these poems will make you feel reading this book: “Even now we are in the words we knew together…” While the reader may see nods to Walt Whitman, Wallace Stevens and Emily Dickinson in this volume, it is all David Giannini, powerful and strong in this collection.