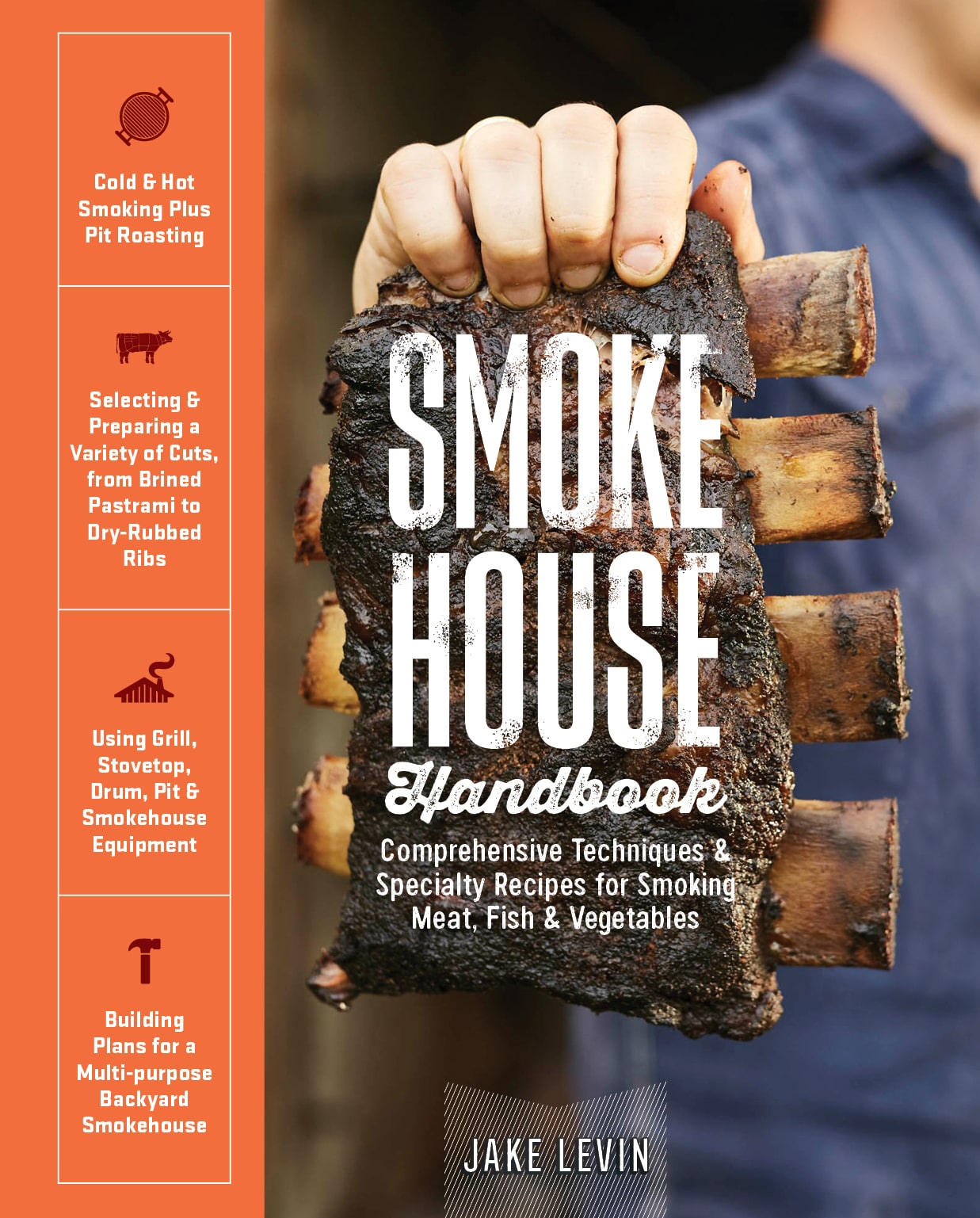 New Marlborough — Jake Levin’s earliest food memories are distinct and local: He grew up in New Marlborough, with close family friends who kept animals, where the focus was on livestock. Levin recalls corralling the cows and playing with the pigs all summer; come winter, he would eat them. Suffice it to say, Levin’s passion for nose-to-tail butchery was born of these early rituals. “I have always been interested in the viscera, and I grew up in a family culture where there was a lot of comfort, honor and pride in eating animals we knew were raised well,” he explained in a recent interview on the heels of his April 30 book release.

“Smoke House Handbook: Comprehensive Techniques & Specialty Recipes for Smoking Meat, Fish & Vegetables” (Storey Publishing) is an essential manual that guides readers through the entire process, from meat selection to smoke source and temperature. To celebrate the book’s launch, Prairie Whale will be offering an à la carte menu Sunday, May 5, from 5 to 10 p.m. featuring a variety of smoked dishes from book as well as Cinco de Mayo favorites and cocktails. Levin will also be on hand, signing copies of his book throughout the evening.

Levin’s book hinges on a single, albeit instrumental, definition: “Smoking, at its most basic, is a form of preserving meat by exposing it to smoke from burning plant matter (usually wood) over a period of time (anywhere from a couple of hours to a couple of weeks).” Despite his cavernous depth of knowledge on the subject, Levin aims to make the topic accessible to everyone from barbecue aficionados to curious novice chefs. In fact, he is quick to point out the three basic elements needed to be successful in smoking: the meat itself, the temperature at which the meat is smoked, and the source of the smoke. Through his book, Levin looks at the myriad ways in which these elements can converge to create a slew of delicious smoked products.

For backyard grilling enthusiasts looking to hone their smoking skills, Levin’s book dives into the world of backyard smoking and offers an in-depth yet wholly accessible introduction to every aspect of this timeless culinary art. Novice smokers need not shy away from this manual. While Levin’s book includes stunning photos and detailed instructions for building your own smoker—including one that resembles the free-standing, tri-purpose backyard smoker he and his brother Will built—he includes recipes the home chef can execute easily. Case in point? Tea-Smoked Duck Breast, one recipe Levin calls “really easy and a great one to start off with.” In this stovetop recipe that requires no additional equipment, Levin uses frozen duck breast (sourced from La Belle Farm in Sullivan, New York, and available at Bizalion’s Fine Food in Great Barrington). Levin then uses long-grain white rice and loose black tea to create an earthy, floral aroma that lends unexpected complexity to the dish.

As to his favorite smoked food? Levin is quick to answer: “Very obviously, classic American barbecue pork ribs,” a choice he makes due to their being easy, quick and delicious. Levin’s recipes run the gamut from mackerel and salmon to brisket and bacon, and even including smokehouse beans. Surely there is something to satisfy everyone at your table.

“Community and community building is really important to me,” said Levin in a nod to the inherent connection he sees between his work and the work of local farmers. “It’s why I got into the food business,” he added. Levin, known to locals as the Roving Butcher, is passionate about educating others, in particular about the merits of having respect for farmers, where your food came from, and how it got onto the dinner plate. He is known for his workshops such as “From Pig to Prosciutto,” in which participants are walked through the process of slaughtering a pig, breaking it down, and turning it into charcuterie—a word with a meaning that derives from the French for “pork butcher’s shop.” Levin points to what he calls the “convivial [food] culture” in the Berkshires as inspiring his work. “I feel really connected,” he said, “and part of that [connection] is part of who I am,” he added, noting that he serves on the boards of both Berkshire Grown and the Berkshire Food Co-op, two organizations aimed at supporting local farmers and food purveyors.

Advance praise for Levin’s book has been far reaching. Ruth Reichl, former editor in chief of Gourmet and author of “My Kitchen Year,” said, “If you think you have no interest in smoked foods, Jake Levin will show you the error in your ways.” Straight from the local food scene, Mark Firth, co-founder of Diner and Marlow & Sons and owner of Prairie Whale, said, “Jake Levin’s genuine love of cooking shines through in this rich exploration of the ancient art of smoking.”

Levin is a butcher and charcuterie expert who trained at Fleisher’s Grass-Fed and Organic Meats in Kingston, New York; he has worked in whole-animal butcher shops including the Meat Market in Great Barrington and Eli’s Manhattan in New York City. He currently produces cured meats at JACüTERIE, an artisanal charcuterie in Ancramdale, New York, and travels nationwide conducting workshops on how to slaughter, butcher and cure meats. Copies of Levin’s book are currently available in Great Barrington at JWS Art Supplies; they will be in stock at One Mercantile later this month.