Book Review: ‘Mapping Shangrila,’ essays on a world of mystery 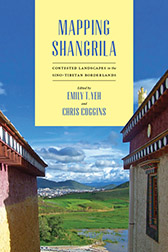 In Lost Horizon, the legendary 1933 novel by the English author, James Hilton, the mythical place he called, Shangrila (Shangri-La, Chinese: Xianggelila), captured the western world’s imagination for an as yet little known region of high altitude landscapes, supremely lovely mountains, and the diaphanous cloud-swept fictional world of perfect harmony, high in the mountains of Tibet. The setting for the novel is quite possibly based on descriptions of the region around Zhondian, Tibet (now Zhongdian County), written about and photographed by the botanist and explorer, Joseph Rock, who published the amazing story of his adventures in National Geographic beginning in 1931. He was one of the first from the outside world to visit this extremely remote place that we have since come to know as extremely beatific as well as exotic — and it has remained so for the most part ever since.

But that world of mystery and myth has been forever changed in a myriad of ways. China’s State Council announced, in 2001, that its teams of ecologists, geologists, cultural experts, and anyone else who may be required to verify the facts, had “discovered Shangrila” in remote southwest China. The world now has had a new focal point for exploration, tourism, entrepreneurism, and a borderland of high expectations, whose varied riches in ecological, cultural, and political worlds intersect, and China’s growing middle class multitudes is eager to explore.

Mapping Shangrila is an absolute gem of a collection that takes many views of how the floods of people, with a wide variety of interests for invading this tough and spiritual world, have changed this region and its indigenous population, a direct result of a geographical renaming and a political agenda by a massive state power. 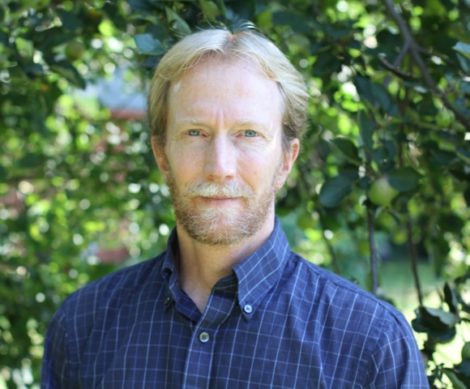 Chris Coggins, author, editor, and instructor at Bard College at Simon’s Rock, will present his exciting new book of collected essays on Tibetan landscapes and discuss a wide range of views on this intriguing world-in-flux at The Bookstore in Lenox (11 Housatonic St.) on Sunday, March 22, at 3 p.m. He will present a slide show of photos collected in his travels and investigations in the various lands discussed in the essays. A book signing will follow the event. For information, visit The Bookstore or call 413-637-3390.

Mapping Shangrila is a collection of about 13 perspectives that treat the ecological, the historical, the ethnic and cultural, the economic, the political, the adventurous, and the very meaning of “place,” “harmony,” and spirituality that seem to be uniquely available for definition and discussion in this special place and at this unusual time frame of changes. Every essay offers personal but well-informed and well-researched knowledge in accessible, if sometimes very formal and serous language, that gives the reader the undiluted and clear view of this world, not unlike those first photographs by Joseph Rock in the 1930s but with a realistic take on the past and future of this most astonishing place that most of us will only visit in books. The concept of “governance,” for example, is examined in one essay by Michael J. Hathaway in which he explores the particular aspects of the matsutake mushroom trade. This species of mushroom is very highly valued in Japan and meticulously harvested but unconventionally marketed.

The authors and the editors offer the required background information on the reasoning behind Chinese intentions in creating a kind of theme park out of Shangrila, and what it means for tourism not only by the Chinese themselves but also by European trekking groups. Multinational groups are now touring Shangri-La. They represent conservation, transnational environmental organizations, and entrepreneurs capitalizing on the extremely rare and highly valuable matsutake mushroom.

Whatever Shangrila has been, in its mythological sense, or what it has always been to the varied peoples of the region, it will never be that way again and this wonderful collection edited by Emily T. Yeh and Chris Coggins is the best resource we have for reading about the way our world is yet affecting another remote region of the world through the changes imposed by politics, greedy speculators, NGO’s, tourism, environmental action groups, growing populations, and world climate change. But as Ralph Litzinger points out in the afterward of the book, “Shangrila” has been misrepresented in many historical contexts and this important book nobly sets the record straight and represents this special region in fair, ethical, scholarly, and compassionate perspectives.