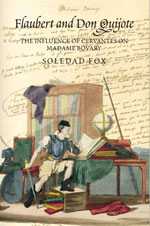 The Influence of Cervantes on Madame Bovary 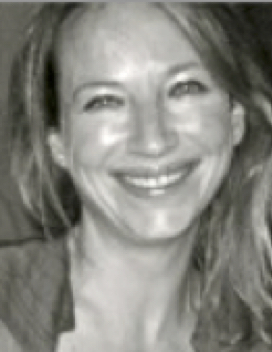 The great questions of how life influences art, how history influences and is interpreted in art, and how and why authors create particular novels in context of their respective eras, is a river of many tributaries, eddies, and courses. Flaubert and Don Quijote, The Influence Of Cervantes On Madame Bovary, by Soledad Fox, chair and professor of Romance Languages at Williams College.

Flaubert and Don Quijote begins with an exploration of Cervantes, his world, and what influences and what later criticisms of his work are important to understand. From there, Fox leads the reader into chapters that propose how this epic must have influenced the novel, Madame Bovary, by the great French author, Gustave Flaubert.

The focus of Flaubert and Don Quijote: The Influence of Cervantes on Madame Bovary, is the nature of epic writing, and how Flaubert had been inspired by reading Don Quijote as a child and subsequently read again in adulthood. Fox suggests that Flaubert embodied the core of Cervantes’ inventions and profundities within Emma Bovary, a character who was entirely foolhardy, ridiculously romantic, and even delusional to the point of madness. Madness and delusion and irony take on new heights in both works and appear as jewels that seem to reflect each other over the centuries. This is a wonderful new book: innovative, in-depth, lucid in its examination of the details of both Cervantes’ and Flaubert’s lives, and important in its recognition of the need to compare what more often would be read separately as great French and Spanish literatures.

The in-depth examination of just how Cervantes influenced Flaubert in his writing is laid out first by a highly interesting account of just who Cervantes was and how and why he wrote what he did in his time and historical context. And Fox then writes how Flaubert, having read Cervantes at an early age, lived out the heroics of Cervantes’ characters.

Particularly interesting is Soledad Fox’s exploration of theme of irony in the works of both Flaubert and Cervantes. She offers a fascinating comparison between the nature of Don Quijote and Emma Bovary, characters whose tendency to fantasy and delusion represented literary innovation.

In Flaubert and Don Quijote Soledad-Fox has provided a fascinating insight into how the a writer of one era, in one cultural and literary tradition, can profoundly influence an author in another later era who flourished in different tradition and writes in another language.