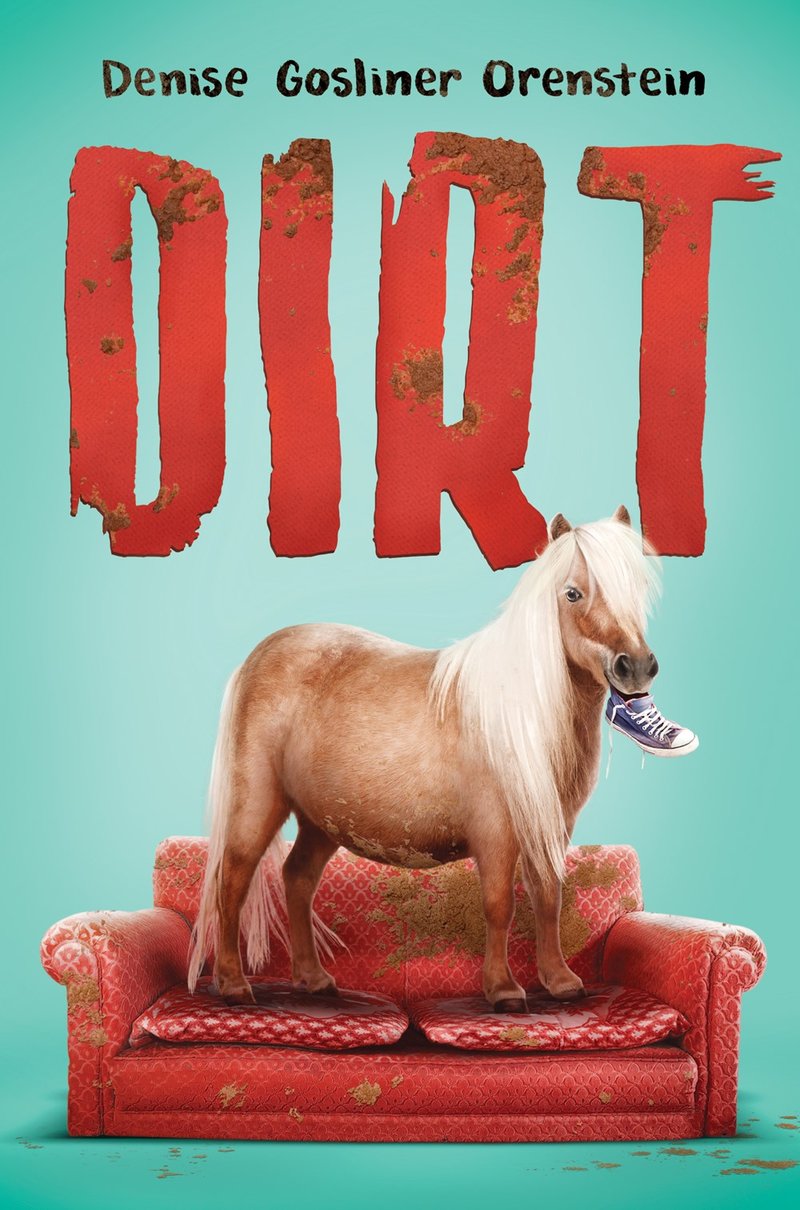 “Dirt,” by Northampton author Denise Gosliner Orenstein, is a heartwarming adventure story about a traumatized but plucky 11-year-old girl named Yonder who lives in Shelter, Vermont. When her mother is killed in a car accident, Yonder’s father, although he is very loving and kind, withdraws deeply into an alcoholic depression and their already somewhat hardscrabble existence worsens. For her part, Yonder goes silent, never speaking, as “silence had always protected me from falling apart, from keeping the past from storming loudly back to life.” But being silent, a rare speech disorder according to the doctor her father takes her to, is often a huge challenge when you really need to communicate, especially in a tight spot, in which Yonder often finds herself.

Yonder is mostly a solitary, lonesome figure who loves to read. But there is a cruel band of children at Robert Frost Middle School, led by one Heywood Prune, who torment her every day. It is the next “fork in the road,” as her father calls life events, and she meets this social difficulty by deciding to stay home from school for an extended period after having been out sick. This extended truancy is lengthened indefinitely to protect and be with her loyal and only new friend, Dirt, a charming but mischievous Shetland pony who, one morning, wanders into her lonely life.

One day a one-eyed, pudgy Shetland pony appears when Yonder is out gathering rotting pumpkins and squash. Yonder discovers soon enough that the pony understands her without her having to speak and they instantly become friends for life. But the pony is exasperating and inattentive at times. In fact, when Yonder first meets him, the pony is covered in dirt and leaves, as though he enjoyed rolling in the grime, and that is how he gets the name Dirt. Yonder makes a pact with Dirt, whose life has also been hard, to take care of him, but that he needs to behave as best he can.

The next fork in the road is that Dirt actually belongs to the mean Miss Enid, who doesn’t understand Dirt and mistreats him. So Yonder convinces her father, who she mostly takes care of anyhow, to allow Dirt to live in one of the bedrooms of their crooked old house in order to hide her precious pony from Enid. It isn’t long before child social services comes to check up on Yonder for being truant from school and when Ms. Trudy Trumpet, a kind but rule-bound social worker, actually discovers Dirt living in Yonder’s house, the situation takes yet another turn. Yonder is sent to live with a kind and caring foster family, Mrs. Prattle and her husband, called Pa. For once Yonder is well-fed and clean and nurtured, but she has been separated from her beloved Dirt, who she fears will be found by Enid and then sold for horsemeat. She immediately begins plans to rescue him from disaster. In fact, Enid does sell Dirt to strange Itty Bitty, a complex hermit-like fellow whom Yonder eventually befriends—but not before Itty has sold Dirt to his unscrupulous brother Carlo (Carlo never pays him, in fact), who has created a horrible petting zoo for animals far to the north.

Yonder’s chance comes when her father unfortunately suffers a stroke when he does not find her at home and he is hospitalized. Yonder escapes when the adults are preoccupied at her father’s bedside, and she meets the next fork in the road by working her way north on an amazing journey to find Dirt in the northern Vermont town of Holler Hollow. Enlisting the help of Jane Herriot, DVM (Doctor of Veterinary Medicine), they work together to rescue Dirt and a number of other animals caught in the cruel petting zoo slated for sale to evil livestock dealers.

“Dirt” is a wonderful coming-of-age story that confronts the challenging issues of child protection and care; animal rights; and, more importantly, the healing powers of animals in the lives of people who need love, devotion and understanding in ways people sometimes can’t provide.