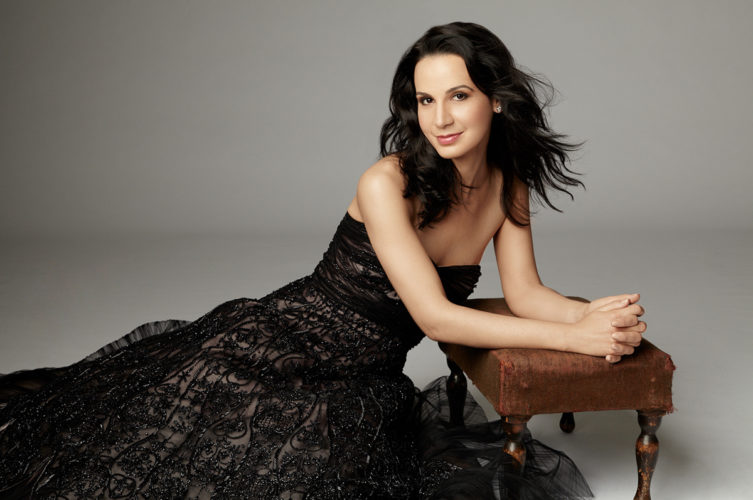 “The amazing thing about Antonin Dvorak’s music,” declares Yehuda Hanani – with his customary irresistible enthusiasm — of the Czech composer who lived from 1841 to 1904, “is that all of it is an inexhaustible cornucopia of great melodies – including Gypsy and Bohemian folk-inspired tunes.”

The renowned cellist, teacher and notable raconteur, Hanani is founder and artistic director of the Great Barrington-based chamber music series, Close Encounters with Music, whose final concert of its 23rd season will be a program exploring Dvorak’s musical legacy – its sources and its subsequent influence.

View this event on The Berkshire Edge Calendar

The concert will take place June 15 at 2 p.m. in Ozawa Hall on the Tanglewood campus in Lenox. “I feel this concert will be a real treat for our audience at Ozawa Hall. The music is wonderful and thrilling and our performing artists will present it with deep insight and flair. Memorable it will most certainly be.”

The program that Hanani has put together represents what he calls Dvorak’s “far-ranging genius” and consists of five pieces that express Dvorak’s unique combination of Romantic ardor filtered through the prism of the folk music of the composer’s beloved homeland. The five works are the “Dumky” Piano Trio (piano, violin and cello); “Biblical Songs”; Three “Gypsy Songs”; an aria from the opera “Rusalka,” and the Quintet for Piano and Strings No. 2, in A Major.

The trio and the quintet are among the most dazzling in chamber repertoire, incorporating pensive Slavonic music (Dumka) and Czech folk dances, resonant with Dvorak’s optimism, rhythmic vitality and intoxicating melodic richness.

The added dimension to this chamber concert is special guest mezzo-soprano Kelley O’Connor, making her Berkshire debut singing Dvorak’s rarely heard “Biblical Songs” and “Gypsy Songs,” and “Song to the Moon” from the opera “Rusalka.” A California native and Grammy award winner, O’Connor is taking the musical world by storm. This season her calendar included John Adam’s “The Gospel According to the Other Mary,” with Grant Gershon conducting the Ravinia Festival Orchestra; the world premier of John Harbison’s “Crossroads,” with the St. Paul Chamber Orchestra, conducted by Edo de Waart; and Beethoven’s Ninth Symphony with Alan Gilbert and the New York Philharmonic.

Hanani’s genius for creating programs that broaden and deepen your understanding of music. His engaging, informal talks that he delivers from the stage before each concert – filled with the fascinating backstories about how the music the audience is about to hear was created – allow the audience to come away with an understanding of both the meaning behind the notes and the wider context in which they were composed.

“On this program, we will also be showcasing very different types of styles that constitute Dvorak’s musical legacy: the three vocal selections, for example, feature liturgical, operatic and folk-inspired works, that are generally not as well known as the composer’s chamber music and symphonies,” Hanani explains. “The Close Encounters’ mission here, as always, is to present a comprehensive picture of the a musical world that we can encapsulate and share.”

And he points out that as Dvorak “dressed up” the folk melodies he so dearly loved, we, as listeners, “participate in a merging of high art classical music with music that sprang from the people. That is Dvorak’s enduring contribution to the classical tradition, and fits in with the nationalistic musical trend that also inspired composers as diverse as Smetena, Glinka, Rimsky-Korsakov, Borodin, Tchaikovsky, Liszt, and many others, leading into the 20th century, with composers Stravinsky, Bartok and Shostakovich.

“Even after Dvorak gained world fame, he never lost that deeply-ingrained feeling of love for music of the people. Everyone knows the story of Dvorak’s advice to American composers: ‘Look to your own Native American music for inspiration in creating a truly national style.’ We have his beloved ‘New World’ Symphony No. 9 to prove the point.”

For more information on this event or to inquire about tickets, contact the Close Encounters with Music web page: www.cewm.org or call 800-843-0778.