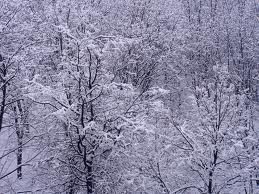 Robert Frost’s poem “Fire and Ice” must have been written in the middle of a “good, old-fashioned” New England winter, much like this one we’re muddling through this year.

He wrote: Some say the world will end with fire. Some say in ice.

He must have been writing in the warm glow of his hearthside on a mid-winter night, staring into his open fire as the polar wind rattled his sill.

Fire is an elemental force, but right now is the ice’s time. The days are still short and twilight deepens into the long night warmed only by the cold and distant fires of winter stars. The sharp-edged wind sweeps over our hills and down our valleys from the frigid vastness of space. Winter came in shyly In December, masquerading as delicate snowflakes, but now cabins us in, piles up around our foundation, hangs over us as icicles, dripping melt one minute, a glittering sword to land on our heads the next.

The pond ice, restrained by the shoreline, cracking and booming in the night with the same restless force that heaved up mountains when the earth was young.

The cold and ice try our souls. We may complain, but they are the touchstone we New Englanders try ourselves on, makes us stubbornly persevere.

Years ago in a winter much like this one, my friend Trudy and I walked in the gathering dusk from her house in Richmond down a rock-hard, rutted dirt road to a small pond to skate. 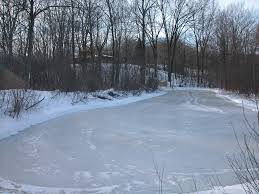 The whole thing started as a lark, an excuse not to go running on a frigid afternoon. Without expectations, but serious trepidation for me, we slipped down the bank to the pond hemmed in by steep hills on three sides and bearded all around by stark stalks of last year’s flowers. The wind had scoured the unblemished ice black.

I hadn’t skated for years, and was terrible at it, so as Trudy cut white figure-eights into the dark ice, I struggled to jam my size ten feet into her boyfriend Tad’s size-twelve skates cursing as my fingers stiffened and snow spilled into the skates.

We tried to skate together but gave it up as a bad idea. So as she, filled with fire and passion swept along the ice, I, with no passion whatsoever, and no feeling in my toes, was content to poke along the shore exploring a beaver lodge and looking for animal tracks in the snow.

For a half-hour or so, years dropped away and this small dark pond raised memories of other ponds in other places.