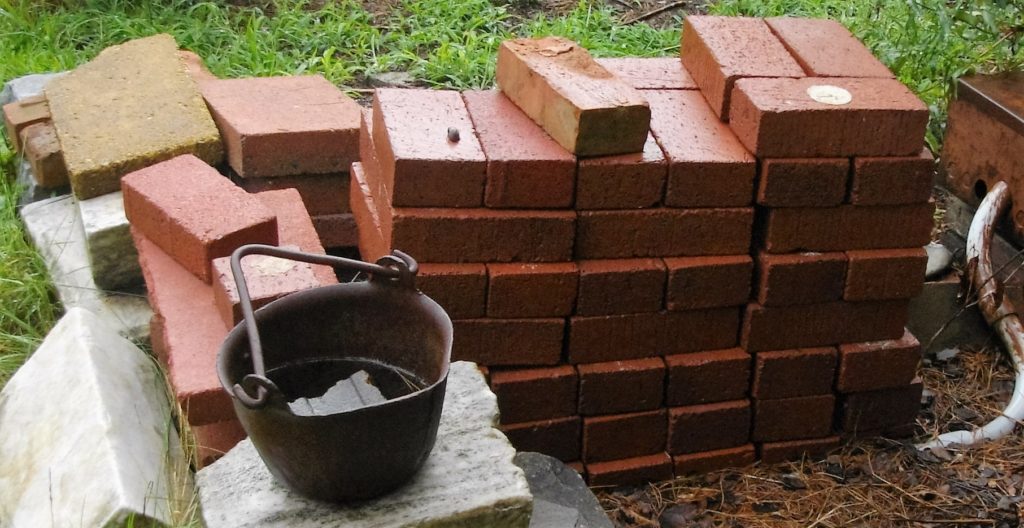 BOB GRAY: A pile of bricks, a stack of wood

Housatonic — Out back, on a platform I’d built over the base of the former fish pond, sits a neatly squared pile of bricks and a raft of dimensional timbers – 4×4’s, 6×6’s – laid out neatly according to length and dimension.

This is a fine, clear listing, a legacy of sorts, the quiet remains of a once constantly evolving body of work.

When we moved here nearly 40 years ago, the place seemed empty so I built walls and dug in landscape borders around flower beds, erected landscape fixtures, and generally had the whole place either mowed or decorated. We had a patio around the pool and a piazza off the south side of the garage.

I built the piazza with a mold in a shape that resembled cobble stones and 50 or so 80-pound bags of cement. According to the bucks in my wallet, I may have bought one bag or maybe five if I were feeling flush..

The thing took me two summers to complete – two summers, day-after-day, jerking the hard, dusty bags to the wheelbarrow. One bag of cement, unloaded, mixed, and poured produced an 18-by-24-inch pattern of block. Once the cement had set up and I’d removed the mold, I had a genuine-looking patch of artificial cobblestones.

Because my biceps outworked my brain back then, I never bothered to realize I was building my masterpiece on the very hottest place on my property. The finished product was hotter than hard-pan dirt in Death Valley. It’s still there, and I like to admire my work. We never used it, but I didn’t have to mow so much grass.

I used the bricks to build a muddy-looking fish pond which never worked out, thus the pile of bricks.

I’ve finally admitted to having lot less energy at 69 than I had at 40, so I tore up the timber borders and moved the flowers into less-formal groups around the yard.

The stacks and piles might be a metaphor for August.

The hard work is done. Everything’s pretty much in hand, so there’ll be no more digging and stacking and going ’round and ’round any more.

It’s time to sit in the arbor and listen to the grapes grow. Maybe this year I’ll make some wine, work more appropriate to my season.