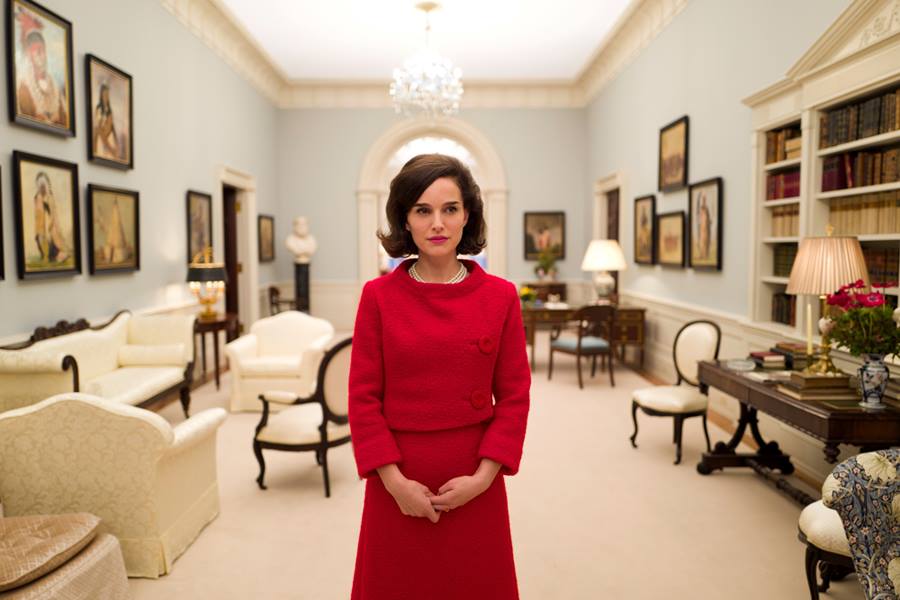 The Pablo Larraín film "Jackie," starring Natalie Portman in the title role, is one of the many films to be shown at this year's FilmColumbia film festival in Chatham, New York. The Festival will run Saturday, Oct. 22, through Sunday, Oct. 30 (see item below). Image courtesy FilmColumbia. 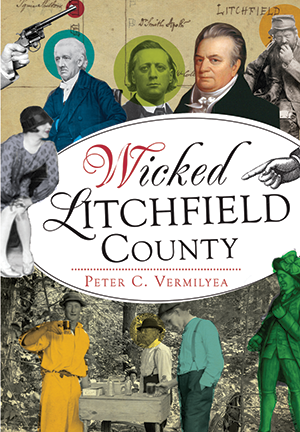 Salisbury, Conn. — On Saturday, Oct. 22, at 4 p.m., author Peter Vermilyea will visit the Scoville Memorial Library to give a talk titled “Witches of Litchfield County.”

In his talk, teacher and historian Vermilyea will discuss the lives four 18th century residents of the County who were accused of witchcraft, their alleged activities, and the possible motivations behind the accusations. Vermilyea teaches history at Housatonic Valley Regional High School and Western Connecticut State University and is the author and editor of five books including his newest, “Wicked Litchfield County.”

Writers Read at the Lee Library

Lee — The Writers Read monthly reading series will present Jan Conn and Stephen Philbrick on Tuesday, Oct. 25, at 5:30 p.m. at the Lee Library.

Jan Conn’s most recent books of poetry are “Botero’s Beautiful Horses” (2009) and “Edge Effects” (2012), both from Brick Books, and “Tomorrow’s Bright White Light” (2016) from Tightrope Press. She was won a CBC literary award, the P.K. Page Founders’ Award for Poetry, and her book “South of the Tudo Bem Cafe” was a finalist for the Pat Lowther Award. Conn is a member of the collaborative writing group Yoko’s Dogs. An evolutionary geneticist, she conducts research mainly in Latin America on the mosquitoes that transmit malaria. She is based in Albany, New York, and lives in Great Barrington.

Stephen Philbrick was born and raised in Providence, Rhode Island. He is the author of the poetry collections “No Goodbye,” “Up to the Elbow,” and “THREE,” along with “The Backyard Lumberjack” which he co-authored with his son, Frank. His poems have appeared in publications such as the New Yorker, Massachusetts Review, Beloit Poetry Journal, the Key West Review, and the Pioneer Valley Forum. For the past 22 years, he has been a minister at the West Cummington Congregational Church.

The West Stockbridge Chamber Players is made up of Berkshire-based musicians who regularly perform with the Boston Symphony and other orchestras. The concert will feature Sheila Fiekowsky on violin, Catherine Hudgins on clarinet, Katherine Matasy on accordion, Elizabeth Morse on harp, William Rounds on cello, and Linda Toote on flute. The program will include Astor Piazzolla’s Two Tango-Études for violin, Jacques Ibert’s Entr’acte for violin and harp, Carlos Salzedo’s Chanson dans la nuit, Osvaldo Golijov’s Omaramor, Heitor Villa-Lobos’ “The Jet Whistle,” Camille Saint-Saëns’ Fantasy Op. 124, and Astor Piazzolla’s Three Tangos.

Tickets are $35 and proceeds will benefit the West Stockbridge Historical Society’s campaign to restore the 1854 Town Hall. For tickets and more information, see the Berkshire Edge calendar, visit downtown West Stockbridge businesses with blue musical notes in their windows, or call (413) 232-4270.

Hawks and owls at the Ramsdell Library

Housatonic — On Saturday, Oct. 22, from 11a.m. to noon, the Ramsdell Library will host representatives from Audubon Sharon who will give a presentation for children featuring live hawks and owls. Children will learn about bird biology, conservation, ecology, and adaptations for survival through the live birds of prey and bird-related props. The program is free and open to the public. For more information, contact the Ramsdell Library at (413) 274-3738.

Chatham, N.Y. — FilmColumbia, now in its 17th year, will offer an array of international feature, documentary, independent, short and children’s films from Saturday, Oct. 22, through Sunday, Oct. 30, at the Crandell Theatre and the Morris Memorial community center. Additional films will be shown at the Hudson Opera House in Hudson.

The films that will be showcased each evening of the festival include a newly restored masterpiece of Cuban cinema and the latest offerings from Ken Loach, Pedro Almodóvar and Paul Verhoeven as well as Columbia County’s Courtney Hunt. The Saturday Evening Sneak Preview, which will remain classified until show time, will offer one of the most important English-language movies of the year.

FilmColumbia 2016’s evening features will include:

Monday, Oct. 24: Salute to Cuban cinema
In acknowledgement of the recent thaw in American-Cuban relations, the first day of FilmColumbia 2016 will be dedicated to Cuba’s remarkable film history. Monday evening’s “double play” will feature a pair of the best known shorts from Santiago Álvarez – “Now” (1964) and “LBJ” (1968) – followed by “Memories of Underdevelopment,” Tomás Gutiérrez Alea’s 1973 masterpiece and the first film of the Cuban cinema renaissance to gain international recognition.

Tuesday, Oct. 25: “I, Daniel Blake”
“I, Daniel Blake,” directed by Ken Loach, is a devastating story about a carpenter entangled in the British welfare system. Loach’s career is testimony to his devotion to the working class that has given him the stories and characters of one powerful film after another.

Wednesday, Oct. 26: “Lion”
This powerful drama that wowed audiences at the Toronto International Film Festival introduces us to five-year-old Saroo, a street urchin who is adopted by an Australian couple. As an adult, Saroo embarks on a seemingly quixotic quest to find his biological mother and brother among India’s one billion people.

Thursday, Oct. 27: “Julieta”
In gorgeous, sunny Spain, the relationship between a mother and daughter unfurls over a generation and through several life changes.

Friday, Oct. 28: “Elle”
Isabelle Huppert plays a woman who will not allow herself to be victimized by life’s unexpected and often violent tragedies.

FilmColumbia 2016 will also include children’s films and a number of post-screening question-and-sessions with actors and filmmakers. For tickets and more information, see the Berkshire Edge calendar or call (518) 392-3459.