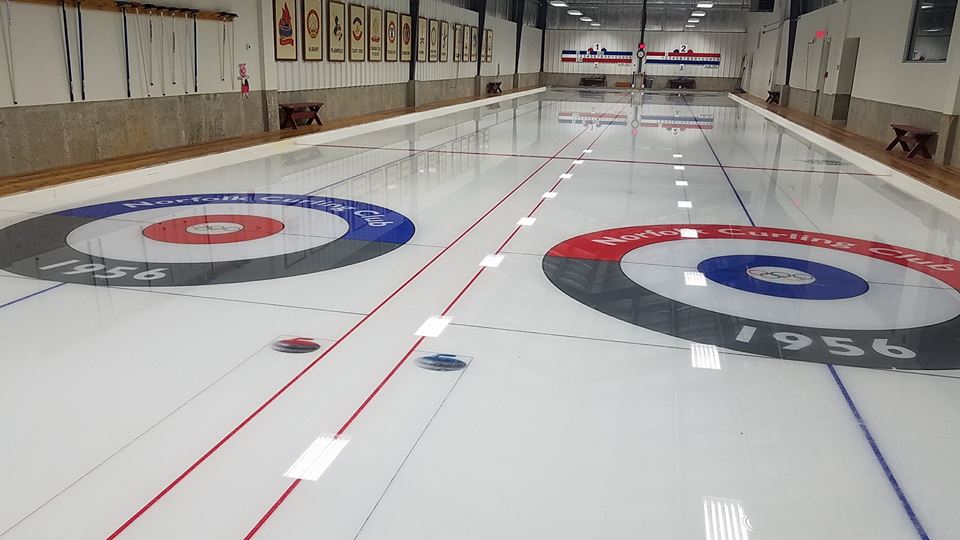 Norfolk, Conn. — In anticipation of heightened interest in the sport of curling during the winter Olympic Games, the Norfolk Curling Club will offer special curling events including an open house and several instructional and viewing opportunities.

Since its debut as a full-medal sport at the 1998 Olympics in Nagano, Japan, curling has grown in popularity. “As people discover curling through the Olympics, they are pleasantly surprised to find a nearby club that’s dedicated to curling and offers programs to turn watchers into curlers,” said Norfolk Curling Club president Alan Chandler. “We’re offering several ways to introduce the public to curling.”

The public is invited to visit and tour the facility during an Olympic open house Saturday, Feb. 17, from 10 a.m. to 4 p.m. Club members will be on hand to answer questions and provide information about the sport. TV monitors will be tuned to highlights of the winter games. Introductory curling instruction will be available for a $10 fee to those age 12 and older who wish to try the sport. Participants will receive an overview of the game and get a chance to go on the ice to deliver and sweep a stone. Participants who register for the Olympic Curling Experience to be held Thursday, Feb. 22, from 5:30 to 8:30 p.m. will receive an overview of the game, hands-on instruction in all elements of the sport, and be able to play a short game.

Those who plan on trying curling at the open house or clinics should wear comfortable, loose-fitting clothing and bring a separate pair of clean, rubber-soled shoes to be worn on the ice. The club will provide all other equipment needed to participate. For more information, contact Alan Chandler at (860) 202-7509 or alan@norfolkcurlingclub.org.

Lenox — Trinity Episcopal Church will host a Valentine’s tea Saturday, Feb. 17, from 3 to 5 p.m. with speaker Katharine Burnett, a lay Eucharistic minister at Trinity Church and a nurse practitioner who specializes in women’s health.

Burnett is the chief strategy officer at Planned Parenthood Mid-Hudson Valley in Poughkeepsie, New York, and her work is focused on the expansion of comprehensive primary care and behavioral health. While living in Lenox Dale, Burnett commutes to Poughkeepsie as well as to Columbus, Ohio, where her husband, Richard, is an Episcopal priest and rector of Columbus’ Trinity Episcopal Church. The Burnetts have three grown children and four grandchildren living in Manhattan and in Paris.

The event is open to the public with a suggested donation and will include tea, coffee and home-baked sweets. For more information, contact Trinity Church at (413) 637-0073 or trinitylenox@gmail.com.

Becket — Jacob’s Pillow invites dance artists across all genres to participate in its Inside/Out: Chance to Dance viewers’ choice contest, a crowd-sourced online competition that gives dance fans from all around the world a say in who is invited to perform as part of Festival 2018’s Inside/Out performance series.

The free, outdoor series highlights both new and established dance companies in a variety of genres from across the United States and around the world. Applicants can submit three-minute sample videos of their work by Sunday, Feb. 25, at 11:59 p.m. Submission content must be family-friendly and suitable for an outdoor proscenium stage. All submissions will go through an internal selection process that will narrow applicants down to five finalists. The five finalists’ videos will be posted on the PillowTV YouTube page and will be open for public voting Monday, March 26, through Sunday, April 1. The winner will be announced the on the evening of Monday, April 2, and will perform Friday, Aug. 3, as a part of Jacob’s Pillow Dance Festival 2018.

Great Barrington — The Bard College at Simon’s Rock Faculty Recital Series will offer a mini-marathon of all of Johannes Brahms’ published sonatas for violin and viola in two concerts Saturday, Feb. 17, at 7:30 p.m. and Sunday, Feb.18, at 3 p.m. at the Kellogg Music Center. The performers will be faculty members Ronald Gorevic on violin and viola, and Larry Wallach on piano. The performances will include six works: three violin sonatas, two viola sonatas and an early Scherzo for violin and piano that Brahms composed at age 20 to be part of a collaboration with Robert Schumann and Albert Dietrich.

Gorevic has had a long career as a performer and teacher on both the violin and the viola. As a violist he has been a member of several well-known string quartets, spanning over 20 years, and covering most of the quartet repertoire. He has toured throughout the U.S., Germany, Japan, Korea and Australia, and has also been broadcast on radio stations across the U.S., Germany and Australia. As a violinist, he has performed recitals in major U.S. cities including New York, Chicago, Cleveland and Atlanta, and has also performed in London, where he gave the British premieres of pieces by Donald Erb and Ned Rorem. Gorevic is currently on the faculties of Smith College, Simon’s Rock, the New England Conservatory of Music and the Greenwood Music Camp.

Wallach has taught composition, theory and music history at Simon’s Rock for 45 years, during which time he has performed in over 100 concerts, primarily of chamber music including piano or harpsichord. His special interests include baroque music, modern and contemporary music, as well as the music of Brahms. Wallach has written seven sections about Brahms for the volume “The Compleat Brahms” edited by Leon Botstein. His recent compositions include “Winter Music” for six percussionists commissioned by the New England Conservatory percussion ensemble, and “Berkshire Rhapsody” for orchestra, which premiered in Milford in April 2017.