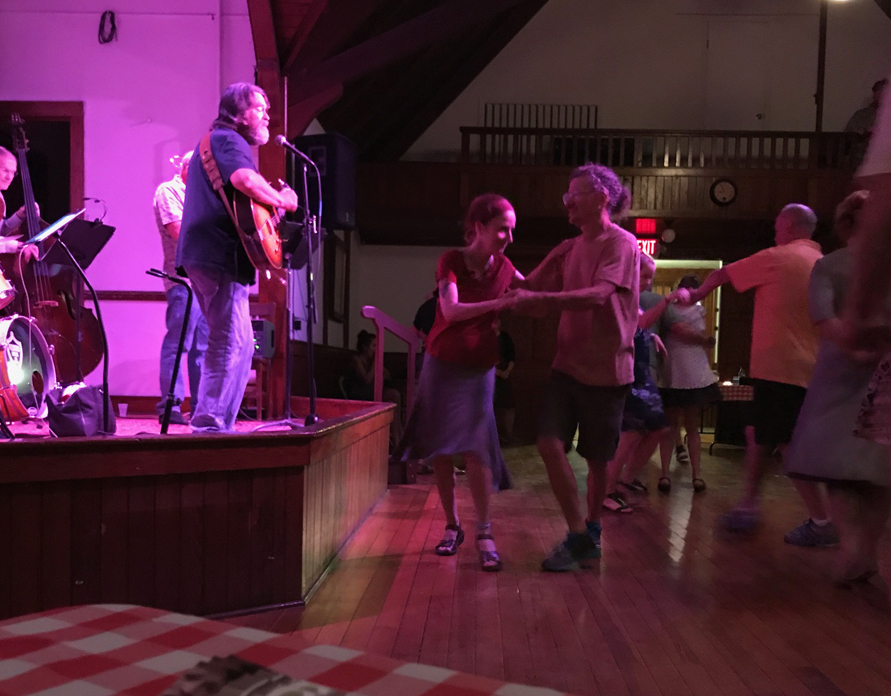 Beth Carlson
One Straw Revolution will provide the music for a night of swing dancing Saturday, Feb. 10, at Dewey Hall in Sheffield (see item below). 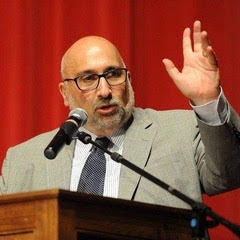 The presentation will explore how parents and educators can create experiences that inspire children to become innovators. Brand will share his takeaways from interviews conducted with hundreds of innovators from all walks of life.

Brand holds a master’s degree in interactive technology in education from Harvard University in Cambridge and a doctor of management degree from Case Western Reserve University in Cleveland, Ohio. He continues his doctoral research looking at the early inspirations and environments that spark innovators, inventors and entrepreneurs.

The event is free and open to the public. RSVPs are strongly encouraged and may be made to rsvp2bcd@gmail.com. For more information, call (413) 637-0755. A snow date is scheduled for Wednesday, Feb. 28.

Scoville Library to screen rough cut of ‘We Are the Storytellers’ 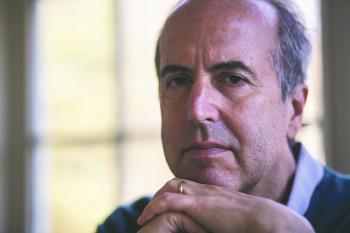 Salisbury, Conn. — On Saturday, Feb. 10, at 4 p.m., the Scoville Memorial Library will present filmmaker Oren Rudavsky who will screen and discuss the rough cut of his documentary film “We Are the Storytellers.”

During the fall of 2016 and spring of 2017, Rudavsky filmed a group of Holocaust survivors and high school students involved in Witness Theater, a drama therapy workshop which culminates in the performance of a play based on survivor stories. As the last generation of Holocaust survivors lives out its final years, the number of individuals who are physically and mentally able to “bear witness” dwindles and Rudavsky’s film is a tool for preserving the stories. The 80-minute film that will be presented is a rough cut of the as-yet-unfinished documentary. Rudavsky will share the experience of producing the film and encourage critiques that will help in the completion process.

Rudavsky is a recipient of a Guggenheim Fellowship and grants from the National Endowment for the Humanities and the National Endowment for the Arts. He is producing a PBS American Masters documentary on media mogul Joseph Pulitzer and recently completed the films “The Ruins of Lifta” and “Colliding Dreams.” Rudavsky’s other work includes writing and producing segments for the ABC’s “PrimeTime Live,” the PBS series “Media Matters” and “Religion and Ethics NewsWeekly” and other national programming. 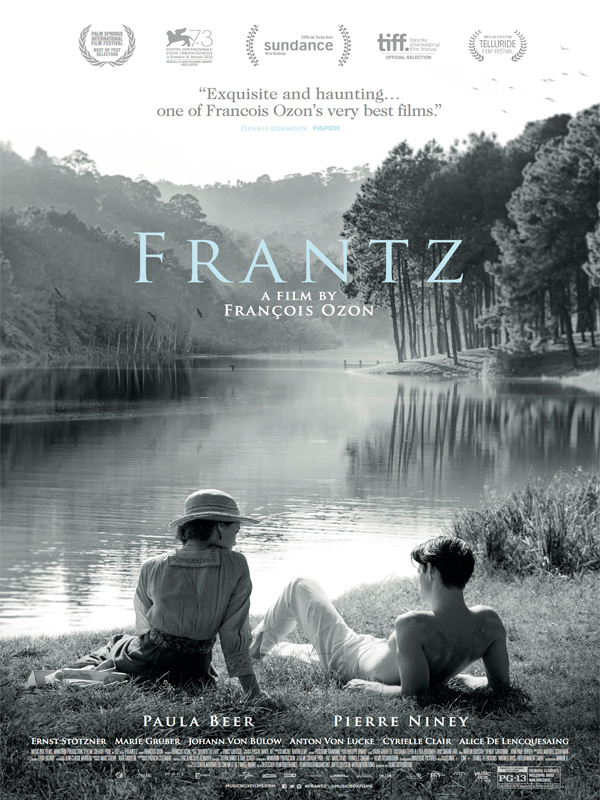 This year’s theme, “La Grande Guerre: Remembering the First World War,” marks the centenary of World War I with three contemporary films from France that examine the impact of the violence in the trenches of eastern France on both soldiers and civilians, from the Christmas truce in 1914 to the Battle of the Somme in 1916 and the armistice in 1918.

The festival will begin with Christian Carion’s 2005 film “Joyeux Noël,” a war drama depicting the Christmas truce of December 1914 through the eyes of French, British and German soldiers. On Monday, Feb. 19, at 7 p.m., the festival will continue with Jean-Pierre Jeunet’s 2004 film “A Very Long Engagement,” the story of a woman’s search for her fiancé who has disappeared at the front and may have been killed in action. The final offering of the festival, François Ozon’s 2016 film “Frantz,” which follows the story of a young German woman whose fiancé was killed in World War I and the remorse of the French soldier who killed him, will be screened Monday, Feb. 26, at 7 p.m.

All films are in French with English subtitles. The screenings are free and open to the public. For more information, contact Williams College at (413) 597-3131.

Dewey Hall to host swing dancing with One Straw Revolution

Sheffield — Oldtone Native will present a night of swing dancing Saturday, Feb. 10, at Dewey Hall, beginning with a lesson with Jason Fenton at 7:30 p.m. Dancing to live music from One Straw Revolution will start at 8:30 p.m.

One Straw Revolution plays standards from the swing era, popular retro jazz and dance music from the mid-20th century. The band features Bobby MacVeety on guitar and vocals, Roger Suters on bass, Jon Suters on guitar, Grisha Alexiev on percussion and Peter McEachern on trombone.

The cost is $15–$20 and $10 for students with ID. Beginners are welcome and partners are not necessary. For more information, contact (413) 429-1176 or beth@oldtonemusicfestival.com.