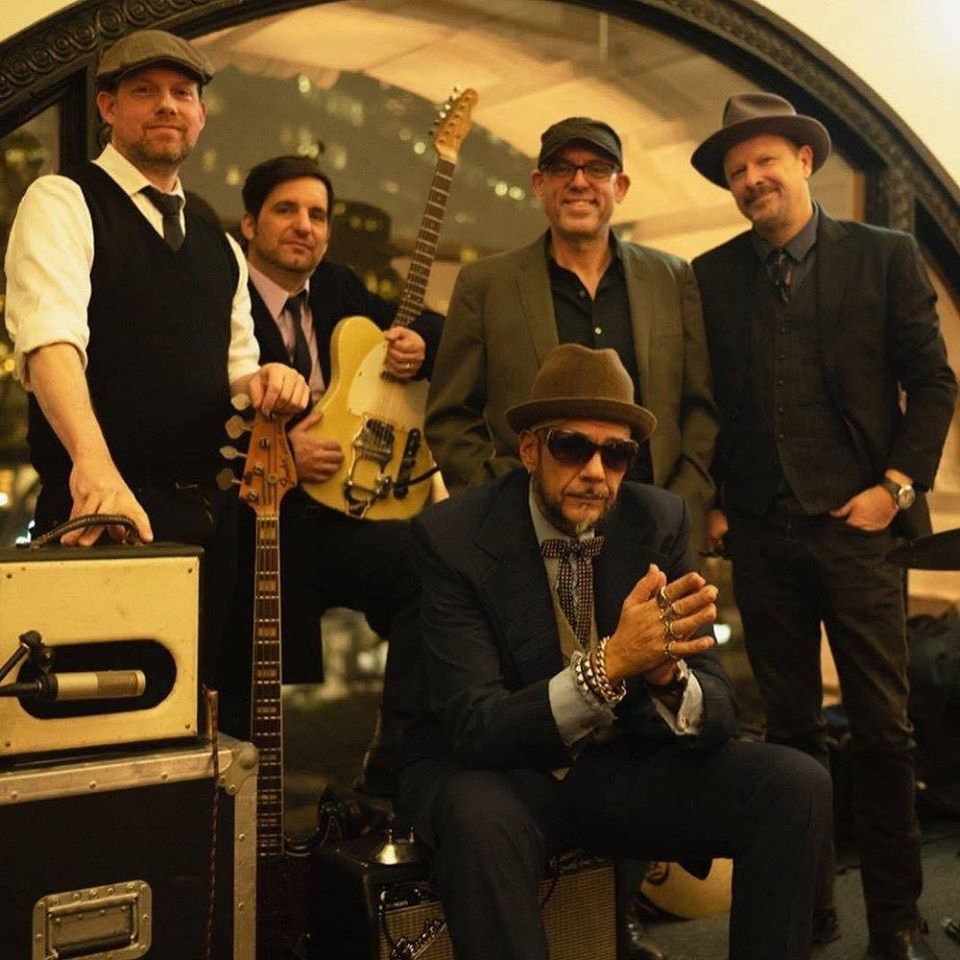 On Saturday, April 11, the Egremont Barn will stream a concert by the Tangiers Blues Band to benefit health care workers of Weill Cornell Medicine and the fight against COVID-19 in New York City. Photo courtesy the Egremont Barn

South Egremont — On Saturday, April 11, at 8 p.m., the Egremont Barn will stream a concert it previously hosted by the Tangiers Blues Band, plus a bonus set of the band joined by Gary Clark Jr. at the Sunset Marquis in Los Angeles earlier this year. The streaming concerts will raise money for the health care workers of Weill Cornell Medicine fighting COVID-19 in New York City.

The Tangiers Blues Band was formed in 1998 after guitarist Chris Scianni and drummer Dave Borla met photographer/harmonica player Danny Clinch and discovered their mutual love for blues music. The band soon realized that by “down-dating” current hits and reworking non-traditional blues songs, they could appeal to an audience that was not familiar with the blues while throwing in “up-dated” versions of blues standards and originals to appeal to blues enthusiasts. The band has performed eclectic sets of blues from clubs like Joe’s Pub and the McKittrick Hotel in New York City to the stages of Bonnaroo, New Orleans Jazz Fest, and Voodoo Music and Arts Experience.

The concerts will be broadcast on the Barn’s streaming and Facebook pages. A donation link will be provided on the Barn’s website on the night of the show; donations can also be made here. For more information, contact the Egremont Barn at (413) 528-1570 or info@theegremontbarn.com.

Hancock Shaker Village to stream live in Round Stone Barn

Pittsfield — Hancock Shaker Village has announced plans to stream live on its Facebook page Sunday, April 12, at 1 p.m. Bill Mangiardi, director of farm and facilities, will lead a virtual tour of the Village’s Round Stone Barn, which houses sheep, goats, calves, pigs, chickens and donkeys. Several animals have recently been born and others are expected shortly. Mangiardi, who has worked at the Village for more than 15 years, will provide a colorful account of the animals and their care as he walks through the pens in the barn.

In addition to the live streaming, the tour will be posted later in the day to the Village’s Instagram and YouTube accounts, as well as to its website.

Hancock Shaker Village was slated to open Saturday, April 11, with its popular Baby Animals program but,due to the COVID-19 pandemic, has tentatively scheduled its season opening for Friday, May 15. For more information, contact Hancock Shaker Village at (413) 443-0188 or info@hancockshakervillage.org.

Becket — On Saturday, April 11, at 2 p.m., Jacob’s Pillow will host a watch party on its Facebook page of its March 7 PillowTalk, in which author Paul Scolieri discussed his book “Ted Shawn: His Life, Writings, and Dances” with Norton Owen, Jacob’s Pillow’s director of preservation.

The talk features an in-depth look at Shawn’s pioneering role in the formation of America’s first modern dance company as well as his founding of Jacob’s Pillow’s internationally renowned dance festival and school. Hosts Scolieri, Owen and associate archivist Patsy Gay will be ready to respond to questions and comments directly on Facebook.

The watch party is free and open to the public. For more information, contact Jacob’s Pillow at info@jacobspillow.org.

Williamstown — Award-winning artist Barbara Takenaga has been named a 2020 Guggenheim fellow. Takenaga is the Mary A. & William Wirt Warren Professor of Art, Emerita, at Williams College, where she taught from 1985 until her retirement in 2018.

Born in North Platte, Nebraska, Takenaga’s work has been featured in dozens of solo and group exhibitions, including at MASS MoCA, the Museum of Contemporary Art Denver, the National Academy of Design Museum in New York City, and the Asian Arts Initiative in Philadelphia.

Her work was reviewed in a 2016 New York Times article, and from October 2017 to January 2018, the Williams College Museum of Art exhibited the first in-depth assessment of her work, featuring approximately 60 paintings made over two decades that trace her ongoing preoccupation with forms evoking celestial bodies variously allied by critics with Big Bang theory, the Midwestern night sky and psychedelic experience.