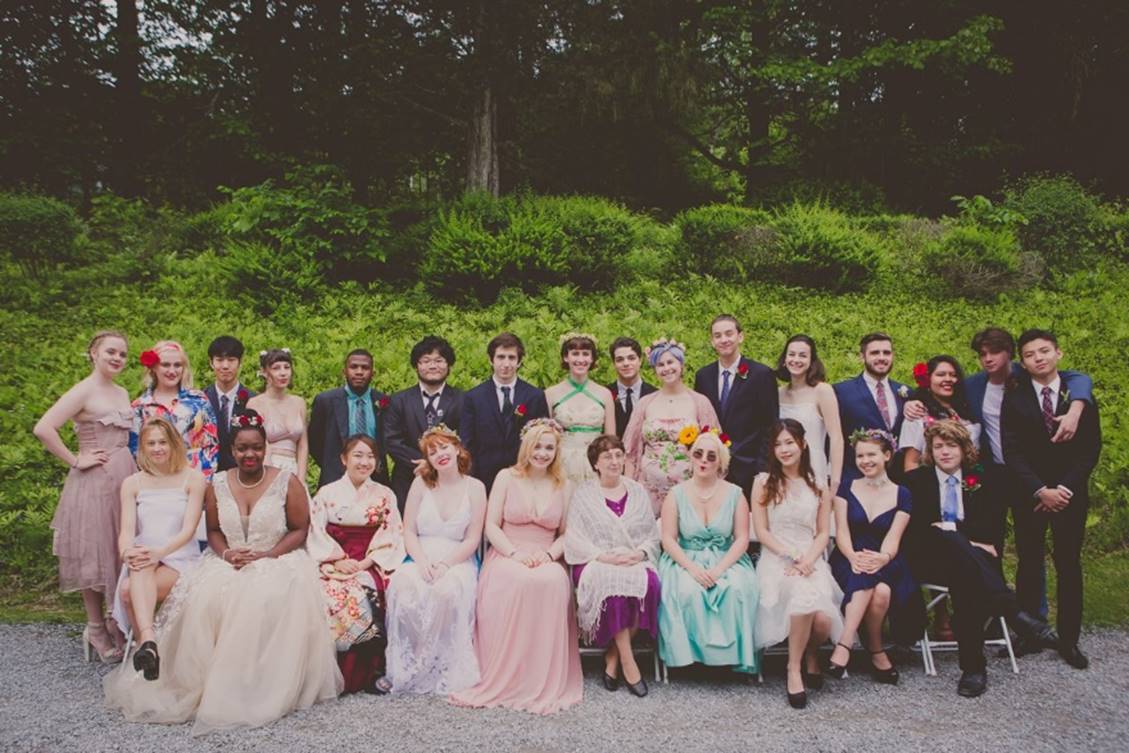 Williamstown — Berkshire Taconic Community Foundation has announced that Linda Burlak, a science teacher and academic dean at Buxton School, has been awarded the ninth annual James C. Kapteyn Prize for excellence in teaching. She will receive a $10,000 award for study or travel to enrich her teaching, and the school will receive a $2,000 grant in her honor.

Currently in her 29th year at Buxton, Burlak has taught biology, physics, algebra, geometry and popular electives in marine science, astronomy and nature writing. She has served as a soccer coach, dormitory parent and college advisor; is a longtime member of the school’s orchestra and chorus; and has traveled with her students to the Grand Canyon region to explore geology and to the Florida Keys to study ocean life.

Burlak earned a bachelor’s degree in biology from Carleton College in Northfield, Minnesota, and a master’s degree in biochemistry, molecular and cell biology from Cornell University in Ithaca, New York. She was in her second year of a Ph.D. program in molecular biology when she realized she would prefer life in a classroom to life in a lab, and that teaching high school science would help keep her focused on big-picture science rather than forcing her to specialize in a subdiscipline.

Described as a model teacher, generous mentor and invaluable asset to the Buxton community, Burlak has helped nurture the science careers of many former students, several of whom now teach at the high school and college levels. Burlak will be honored at an event to be held in October.

Becket — Tap artists from across the U.S. and abroad will come together at Jacob’s Pillow in “TIRELESS: A Tap Dance Experience,” a Pillow-exclusive program curated and introduced by Michelle Dorrance, Wednesday, June 28, through Sunday, July 2. “TIRELESS” will feature tap artists Jumaane Taylor and M.A.D.D. Rhythms of Chicago, siblings Joseph Wiggan and Josette Wiggan-Freund of Los Angeles, Joe Orrach of San Francisco, and Reona and Takashi Seo of Japan.

Dorrance, the founder and artistic director of Dorrance Dance, is a 2015 MacArthur Fellow, a 2014 Alpert Award winner, and a 2013 Jacob’s Pillow Dance Award winner who performs, teaches and choreographs throughout the world.

Chicago native and internationally acclaimed improvisational soloist Taylor made his professional debut with M.A.D.D Rhythms, which he now serves as assistant director. Taylor and the M.A.D.D. Rhythms ensemble will perform an excerpt from “Supreme Love,” a 50th anniversary celebration of jazz legend John Coltrane’s album “A Love Supreme.”

Siblings Wiggan and Wiggan-Freund will contribute the world premiere of “Harmony: Tap In Motion,” with music composed by Duke Ellington and Puerto Rican trombonist Juan Tizol. The two spent seven years dancing with Los Angeles-based Kennedy Tap Company and now teach, perform and collaborate individually and as a duo. Wiggan received a Princess Grace Award for outstanding artistic achievement, has toured in numerous productions, and made his Broadway debut in George C. Wolfe’s “Shuffle Along.” Wiggan-Freund has performed in the first national tour of “42nd Street,” the Rockette Christmas Spectacular, Cirque du Soleil’s “Michael Jackson: The Immortal World Tour,” and the film “Idlewild.”

Actor, dancer, singer and solo artist Orrach will contribute “In My Corner,” a narrative performance combining story, song, dance, boxing and jump rope. Orrach began as a street dancer and has danced with the likes of Gregory Hines, Jimmy Slyde, Savion Glover and the Nicholas Brothers. He has acted and danced in films including “Everyone Says I Love You,” directed by Woody Allen.

From Japan, accomplished tap dancer Reona Seo and her husband, composer-double bassist Takashi Seo, will present “AUN (in sync)” an improvised, rapid-fire duet. Both artists have performed in festivals and on stages all over the world but very rarely in the U.S.; Reona Seo is an alumna of the tap program at the School at Jacob’s Pillow.

Ventfort Hall to present ‘The Golden Age of Carousels’

Lenox — Ventfort Hall and Gilded Age Museum will present “The Golden Age of Carousels, 1880 – 1930,” a talk by Berkshire Carousel founder Jim Shulman on Tuesday, June 27, at 4 p.m. The talk will be followed by a Victorian tea.

More than amusement rides, carousels reflect the artistic styles of master European craftsmen, many of whom came to America to create the ornate interiors of churches and synagogues. More than 3,000 hand-carved wooden carousels were made in the U.S. Shulman will address the national efforts to preserve carousels and current projects to revive the nearly lost art form.

Retired psychologist and hospital administrator Shulman is a Berkshire native who with his wife, Jackie, initiated, directed and backed the privately funded Berkshire Carousel project beginning in 2005 an opening last year. He serves on the board of directors of the National Carousel Association and is also a biweekly columnist for the Berkshire Eagle.

According to Maura Delaney, interim vice president for academic affairs, to be eligible for the list, full-time students must have declared a major; completed a minimum of 12 non-repeated, traditionally graded credit hours during the spring semester; and achieved a 3.250 to 3.749 grade point average for honors, or a 3.750 to 4.000 grade point average for high honors.