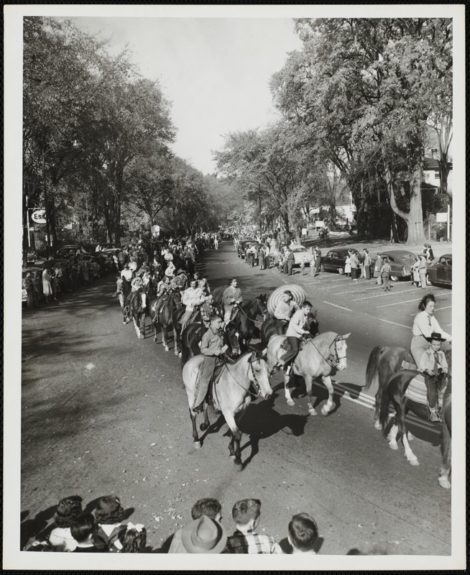 A parade winds through Lenox in 1953. Lenox will stage its 'Lenox Throughout the Years' parade in honor of the 250th anniversary of its founding on Saturday, Oct. 7. Photo courtesy Lenox Library Association

Lenox to hold parade in honor of its 250th anniversary

Lenox — In honor of the 250th anniversary of its founding, the town of Lenox will present a “Lenox Throughout the Years” parade on Saturday, Oct. 7, at 11 a.m.

The parade will step off from Triangle Park on Main Street, making its way down Walker and Kemble streets to finish at the entrance to Shakespeare & Company where “The Big Event” will take place from noon to 3:30 p.m. with food vendors; speakers; activities for children; live entertainment from Whiskey City, the Eagles Big Band, and the Boston Circus Guild; and a chance to see the floats and antique cars and trucks up close. Also during the Big Event, Mass Drive Clean will present and electric vehicle ride-and-drive show including opportunities to test drive new electric cars from Nissan, Toyota and Chevrolet as well as bikes while learning about other green technologies.

For more information, including parking and shuttle bus options, see the Berkshire Edge calendar or contact the Lenox 250th Anniversary Committee at lenox250th@gmail.com.

Pittsfield — The NAACP – Berkshire County Branch has organized a standout for Puerto Rico Thursday, Oct. 5, from 5 to 6 p.m. in Park Square. Speakers will include Rev. Sheila Sholes-Ross of First Baptist Church, Berkshire Community College multicultural student advisor Eleanore Velez, and local residents with family and friends in Puerto Rico. Donations will be collected for Massachusetts United for Puerto Rico at the rally. 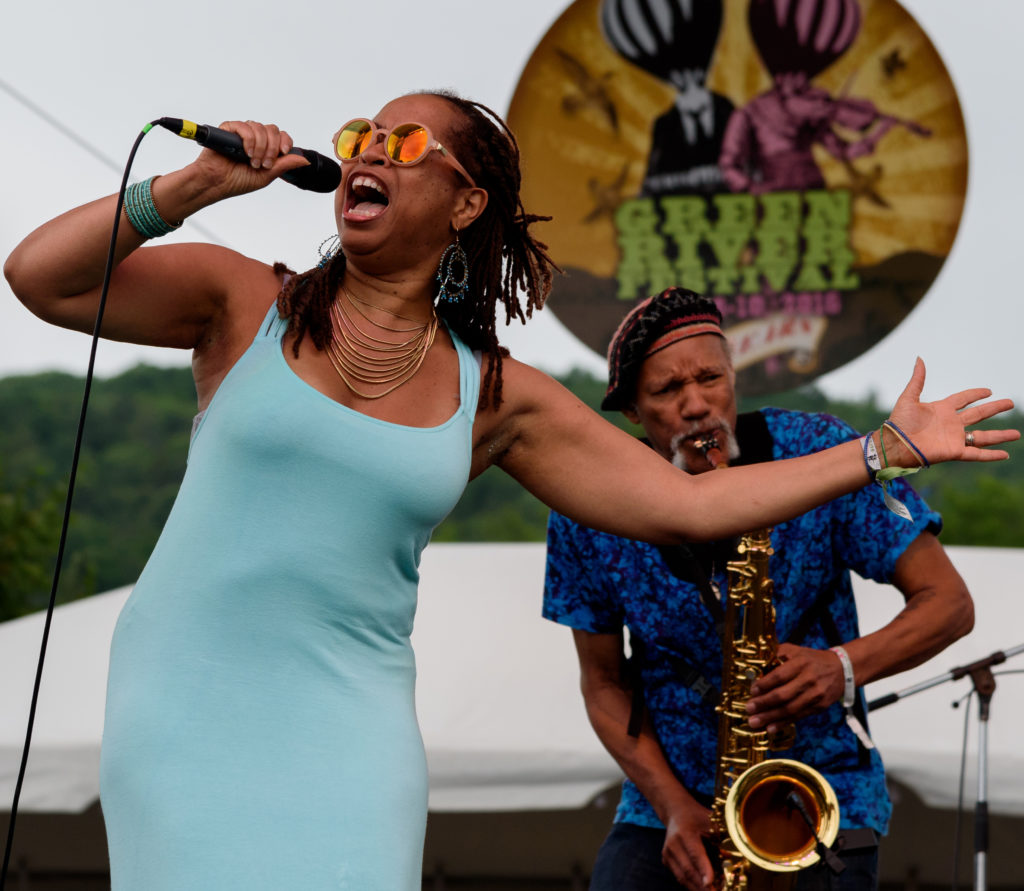 After a full Columbus Day weekend of the Jazz About Town jazz crawl, the festivities will continue with the Jazz Prodigy concert Wednesday, Oct. 11, at 7 p.m. at the Berkshire Athenaeum, which will introduce pianist Caelan Cardello to Berkshires audiences. A senior at Teaneck High School in New Jersey, Cardello was a discovery of the New Jersey-based Jazz House Kids afterschool program. 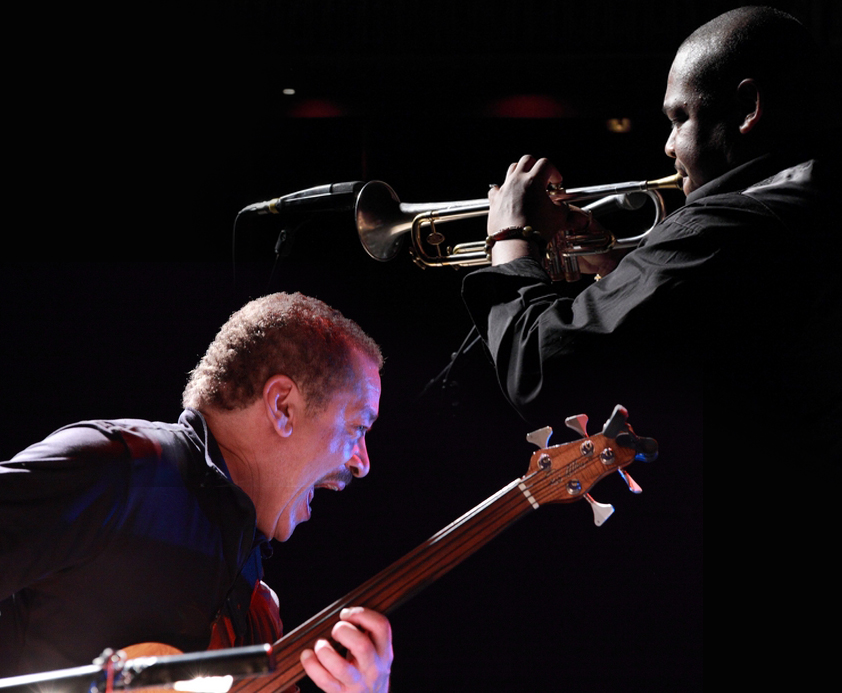 Onetime New Orleans vocalist Evans will open the headline weekend Friday, Oct. 13, at Flavours of Malaysia at 8 p.m. Evans first performed at the New Orleans Jazz and Heritage Festival in 1990, and became a regular fixture for 14 consecutive years. Hurricane Katrina caused Evans and her husband to seek out new living arrangements, and they moved to his native town of Brattleboro, Vermont, in 2006. She has toured Europe, Asia, North America and South America as a headliner, and shared stages with legendary artists such as B.B. King, James Brown and Irma Thomas. Guest soloist Neville, the second oldest brother of the famed New Orleans musical family, will perform with Evans and her band members Miro Sprague on piano, Mary Ann McSweeney on bass and Conor Meehan on drums.

Berkshires Jazz will celebrate the 100th anniversary of the birth of Dizzy Gillespie Saturday, Oct. 14, at 7:30 p.m. at the Colonial Theatre with a performance by the Dizzy Gillespie Afro-Cuban Experience, a six-piece ensemble led by Gillespie’s longterm bassist John Lee. The band’s musicians, drawn from the high-caliber pool of New York-based talent that frequent the Dizzy Gillespie big band and all-star groups, include trumpeter Freddie Hendrix, saxophonist Sharel Cassity, Brazilian pianist and vocalist Abelita Mateus, drummer Tommy Campbell and percussionist Roger Squitero. The Berkshires Jazz Youth Ensemble, comprised of student musicians from Herberg and Reid and other middle schools, will open the show.

For tickets and more information, see the Berkshire edge calendar or contact Berkshires Jazz at (413) 442-7718 or web@berkshiresjazz.org. 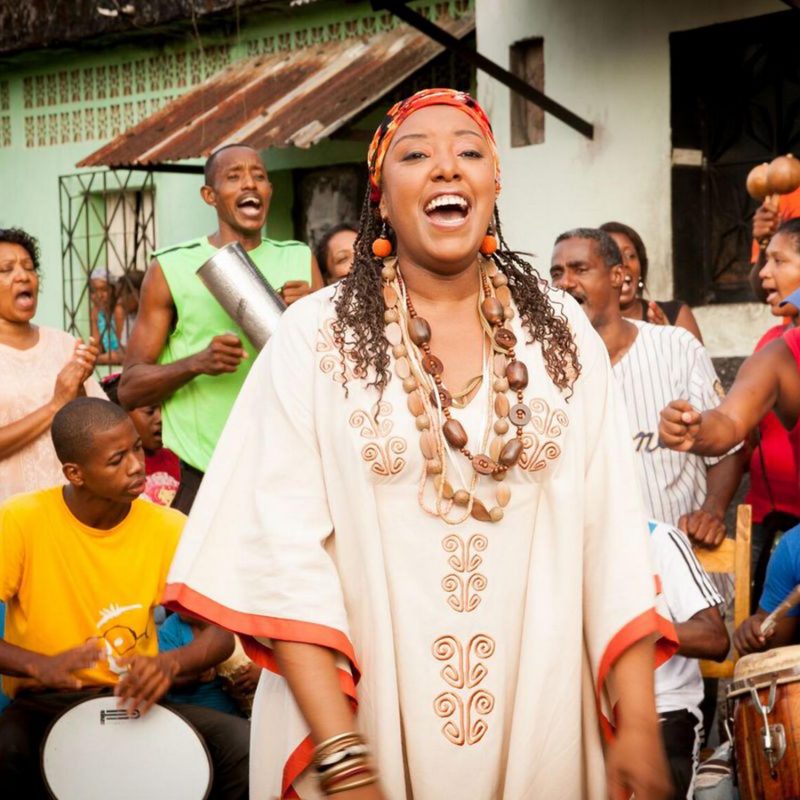 Raised in the small village of El Clavo in the region of Barlovento, Machado and her bandmates are Afro-Venezuelan descendants of slaves who worked in the area’s cacao plantations. The group has been playing together for nearly three decades, primarily at town festivals, holidays and funerals. Machado has brought new attention to a genre called tambor, a spirit-shaking percussion-and-voice fiesta said to make dancers float. Rooted ancestrally, her often politically driven lyrics display her warm voice and varied Venezuelan and Caribbean repertoire.