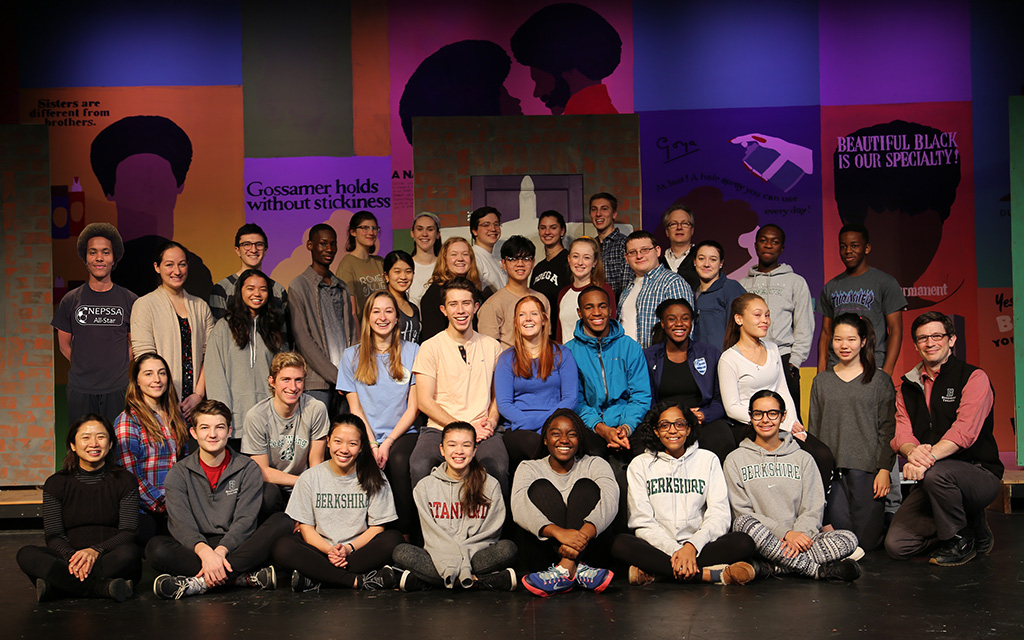 The cast of ‘Hairspray,’ which will be presented by the Berkshire School theater department Thursday, Feb. 15; Friday, Feb. 16, and Saturday, Feb. 17, at 7:30 p.m. in the school’s Allen Theater in Sheffield. Based on the 1988 John Waters film, the musical won eight Tony Awards in 2003 and features the talents of local students Riley Bona, Lydia Davis, Allie Kohlkins, Charlotte MacKenzie and Isabelle Maher of Sheffield; Matt Diamond of Great Barrington; and Andrew Sperl of Chatham, New York. There is a $2 suggested donation at the door. For more information, contact Berkshire School at (413) 229-8511. Photo courtesy Berkshire School

Money School is an award-winning financial independence initiative designed to create long-term safety and economic security for survivors of domestic or sexual violence. The series offers financial workshops, income resources, one-on-one financial coaches from local banks and more covering topics such as rebuilding credit, accessing benefits, building supports, getting by now and building toward a financial future. A $125 stipend will be offered as well as free dinner, childcare, networking with other resource providers in the community, and ongoing support.

A session in English is scheduled to run in North Adams on consecutive Tuesdays Feb. 27 through March 27 from 5 to 8 p.m. Another session in English is planned for Great Barrington in April. For more information or to register, contact Donna, Money School facilitator, at (413) 499-2425 x207 or donnal@elizabethfreemancenter.org. A session in Spanish will take place in Pittsfield on consecutive Thursdays March 8 through April 5 from 4 to 7 p.m. For more information, contact Julian at (413) 663-7459 or julianb@elizabethfreemancenter.org.

Pittsfield — On Sunday, Feb. 18, at 4 p.m. at the First United Methodist Church, the contemporary Christian choir the Gospel Gang and the gospel trio the Messengers will present a “Keep the Heat On” concert to benefit the emergency oil fund of the Pittsfield Area Council of Congregations and the emergency assistance fuel fund of Construct in Great Barrington.

“Keep the Heat” marks the eighth annual concert the groups have presented for the benefit of the emergency fuel funds. The event has raised over $30,000 to date. The emergency oil fund is administered through Pittsfield’s Salvation Army. Construct assists 40 households on average each winter season with 100 gallons of heating fuel, reaching families in crisis in the 15 villages and towns in the southern Berkshire region.

The Gospel Gang includes more than 20 singers and a full instrumental band and, along with the Messengers, offers an assortment of contemporary Christian music styles including Southern Gospel, country, blues and urban.

Tickets are $25 general admission and $10 for students. For tickets and more information, see the Berkshire Edge calendar or contact the Shakespeare & Company box office at (413) 637-3353.

Black is a research professor of history and international affairs at George Washington University in Washington, D.C. She has served as an advisor to PBS, the History Channel, A&E and the Discovery Channel; and has curated exhibitions focusing on Franklin and Eleanor Roosevelt.

The lecture is included with admission and free for NRM members and youth under age 18. Refreshments will be served. For more information, contact NRM at (413) 298-4100.