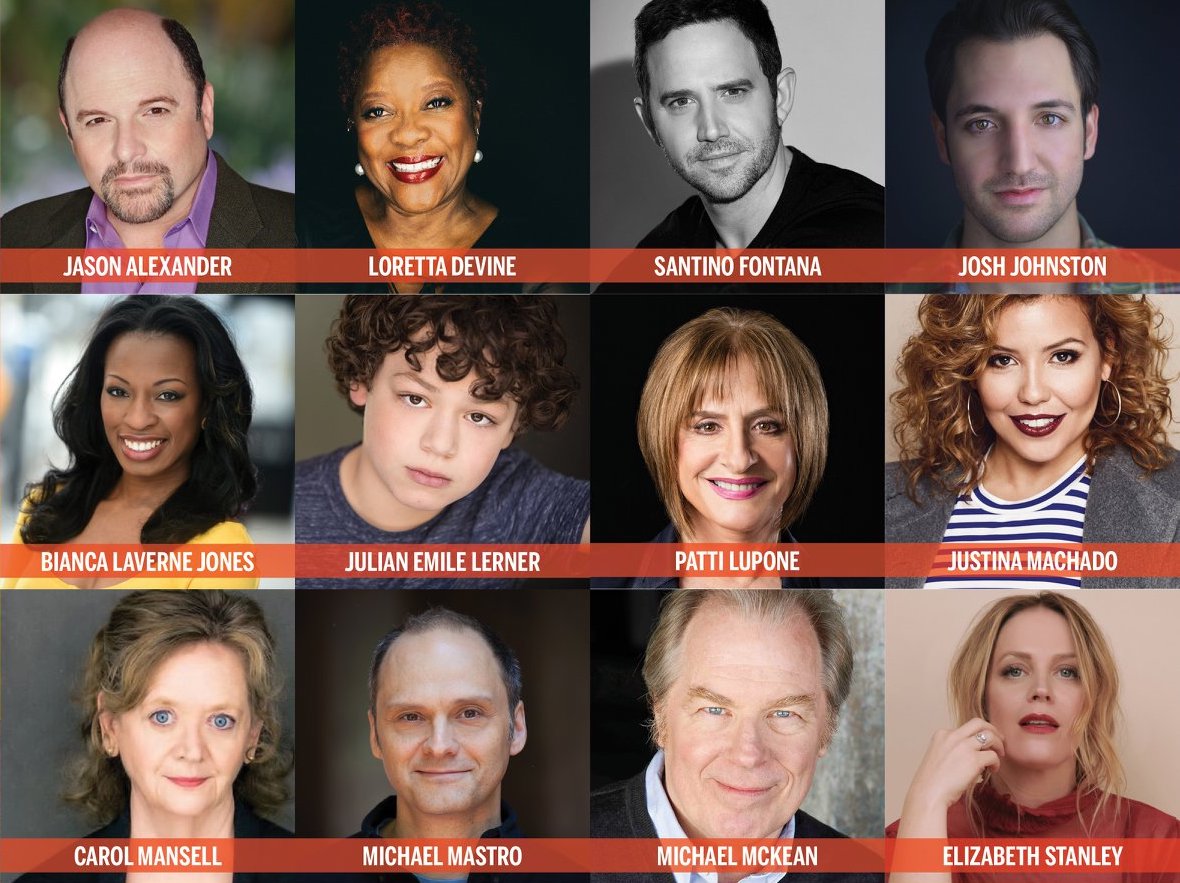 In “Judgment Day,” Alexander plays Sammy Campo, a deeply corrupt, morally bankrupt lawyer who has a near-death experience in which he encounters a terrifying angel (LuPone) who threatens him with eternal damnation. In a desperate attempt to redeem himself, Sammy teams with a Catholic priest (Fontana) who is having his own crisis of faith as he struggles against church authority (McKean). Together Sammy and the priest debate timeless questions of Western philosophy as they form an unlikely bond in this irreverent comedy.

Access to the show is available with a donation of $35 or more. For tickets and more information, see the Berkshire Edge calendar, or contact Barrington Stage Company at (413) 236-8888 or info@barringtonstageco.org.

Zelehoski grew up in the Berkshires and has exhibited around the globe. His works are represented in major collections throughout the U.S. and abroad, including at the Centre Pompidou in Paris, which acquired his 35-foot piece “Open House” in the spring of 2015. In January of this year, Zelehoski had a solo show at Tang Contemporary Art in Beijing. This exhibit will travel to the Art Museum of Guangzhou in Guangdong, China, this September.

Working to challenge visual and cognitive processes by deconstructing mundane objects and meticulously reassembling them in pictorial space, Zelehoski uses a unique wooden inlay technique to create his work. “I am trying to reconcile the dichotomy between pictorial and physical space, art and object, sculpture, and painting.”

Works from the show can be seen in person at the gallery, on BFA’s website and on Artsy. All COVID-19 guidelines are being strictly followed. For more information, contact Bernay Fine Art at (413) 645-3421 or lou@bernayfineart.com.

Monterey — On Saturday, Aug. 22, at 7 p.m., the Bidwell House Museum will host a virtual edition of its annual summer fundraising party.

The event will begin with a bird’s eye view of the museum and an introduction and welcome from museum director Heather Kowalski. This will be followed by local musicians Mountain Laurel, guitarist and banjoist Paula Bradley, violinist Eric Martin, and Oakes and Smith playing in favorite spots in and around the museum. Board of trustees president Rob Hoogs will show the museum’s recently completed accessibility and preservation work.

The event is free and open to the public. Registration is required. The museum relies on the generosity of its supporters, and donations received at the event will be greatly appreciated. For more information or to register, see the Berkshire Edge calendar or contact the Bidwell House Museum at (413) 528-6888.

Great Barrington — The Berkshire International Film Festival and Berkshire Bank have announced that the 11th annual “Next Great Filmmaker” competition will proceed despite the festival’s cancellation this year. The competition kicked off online earlier this week and voting will continue through Thursday, Sept. 10. The winner will be announced at the Berkshire Drive-In closing night presentation at Shakespeare & Company in Lenox on Sunday, Sept. 13.

The films in competition are “Baby Kate,” “Doubts,” “Extra Innings,” “Good Conversation,” “Hung Up,” “Iron Grandmother,” “Nice Guy” and “Thick as Thieves.” Berkshire Bank will present a cash prize of $2,500 to the winning filmmakers. BIFF and Berkshire Bank created the award in 2010 to support the work of independent filmmakers around the world. Last year’s award went to Norwegian filmmakers Guro Strand and Petter Heum for their short film “Frozen Memories.” For more information, contact Berkshire International Film Festival at (413) 528-8030 or kelley@biffma.org.

Copake, N.Y. — In association with the Copake Grange, the Two of Us Productions will present “Broken Glass” by Arthur Miller as the next offering in its Virtual Staged Readings Series Saturday, Aug. 22, at 7:30 p.m.

In “Broken Glass,” Sylvia Gellberg watches the increasingly violent events in Germany and eastern Europe unfold in 1938. The pictures and accounts in the newspapers of the day bring to life for Sylvia the traumas and horrors being experienced by those targeted by violence and fearmongering. Sylvia’s powerlessness to influence events becomes manifest when she develops an inability to walk.