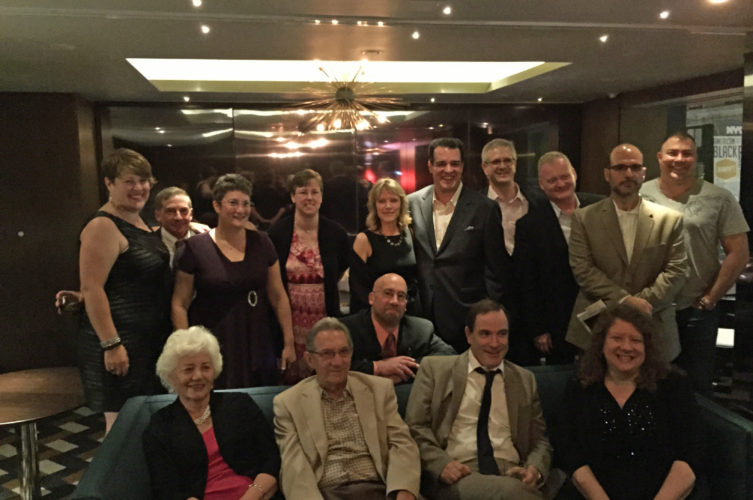 New York — For Maestro Matthew Savery’s (back row, 5th from the right in the photo above) June 5 Carnegie Hall debut two dozen school band buddies from Lee, Mass., his music teacher and a pal from camp made the trek to Manhattan to celebrate his success. 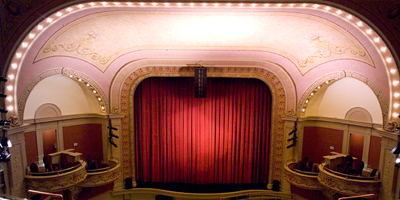 Great Barrington — Three years ago, the Mahaiwe Performing Arts Center Board of Directors established the IMPACT Campaign and set a fundraising goal of $2.2 million to take the Mahaiwe to the next level of programming excellence and financial stability. Since then, the organization has quietly raised $1,950,000 toward that goal. Now in its tenth anniversary season, the Mahaiwe is launching the public phase of the campaign in order to raise the remaining $250,000 by September 1. A generous anonymous donor has offered to match two-to-one each homestretch dollar raised once the entire goal is met, thereby delivering a bonus amount over and above the original goal.

“We have an extraordinary opportunity on the table, and we need your help,” said Mahaiwe Board Chair Maggie Buchwald. “We have already raised 85 percent of our campaign goal and are now appealing to our wonderful audience members who value this precious performing arts resource, to help us cross the finish line. This additional $500,000 will allow us to deliver even more quality and excitement to the community.”

The IMPACT Campaign and the reserve fund it establishes will enable the Mahaiwe to:

The Mahaiwe has established dynamic year-round programming over its first ten years; the organization is now ready to advance to the next level of talent, diversity, and educational opportunities.

The beautiful Mahaiwe theater is 110 years old. It is in constant need of upgraded lighting, sound and projection equipment, safety features, HVAC and energy efficiency, and other critical capital projects that are both ongoing and necessary.

The Mahaiwe is poised to eliminate all of its debt, including the theater’s mortgage, and establish its first cash reserve fund. This will provide a level of fiscal stability that is quite extraordinary in an arts organization of its age and size.

Both one-time gifts and multi-payment pledges are welcome in support of the Impact Campaign. The total amount of pledges made for up to a three-year time period will qualify for the two-to-one match, so long as the commitment is made by September 1. Multi-year pledges allow donors to make a larger gift than they otherwise would be able to, as payments are spread out over time. Donations of $500 will be acknowledged on a permanent lobby plaque and higher contribution levels are recognized with seat-naming opportunities.

“The outstanding level of community support has allowed the Mahaiwe to come so far in just 10 years, and the generosity of the donors who have contributed $1.95 million to the campaign thus far is truly inspiring,” said Mahaiwe Executive Director Beryl Jolly. “The requirements of this extraordinary match opportunity impose urgency on our campaign now, as we celebrate such a milestone season.”

For more information and to donate to the IMPACT Campaign, please see https://www.mahaiwe.org/IMPACT_Campaign.

Located in downtown Great Barrington, Massachusetts, the Mahaiwe Performing Arts Center is the year-round presenter of world-class music, dance, theater, classic films, Live in HD broadcasts, and arts education programs for the southern Berkshires and neighboring regions. The Mahaiwe generates in excess of $1 million in ticket revenue from 150 events each year, while contributing over $4 million in regional economic impact from the theater’s direct spending and audience’s restaurant, lodging, and shopping activities.

Grier Horner retrospective at Lichtenstein Center for the Arts

Pittsfield – The Lichtenstein Center for the Arts on Renne Avenue is currently hosting a retrospective of the work by Grier Horner, retired associate editor of the Berkshire Eagle.

Horner, who turns 80 at the end of June, is a prolific artist, and has created a large body of work stunning in its energy and range.

The exhibit will be on display through June. “This restrospective is the best birthday present I could get,” he observes.

The Lichtenstein Gallery is open Wednesday through Saturday, 12 to 5 p.m. On Wednesdays this month, form 2 to 4 p.m., Horner will be in the gallery to talk with visitors. In conjunction with Third Thursday, June 18, the gallery will be open from 5 to 8.

To view more of Horner’s work, go to: https://grierhorner.com/blog.html 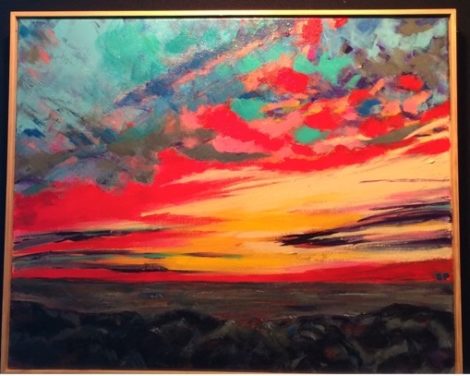 Great Barrington — Sonia Pilcer, whose novel “The Last Hotel” has been serialized weekly in The Berkshire Edge, currently is showing her paintings at TD Bank, 271 Main St. Although she is better known as a novelist, having published six books, her original passion was visual arts. She is a graduate of High School of Music & Art in New York City.

“Why sunsets?” she explains. “Because they are miracles. They give even the secular an experience of awe and transcendence.”

There will be an opening at TD Bank on Friday, June 12, from 5 to 6 p.m. Her paintings will be on display through the month of June.