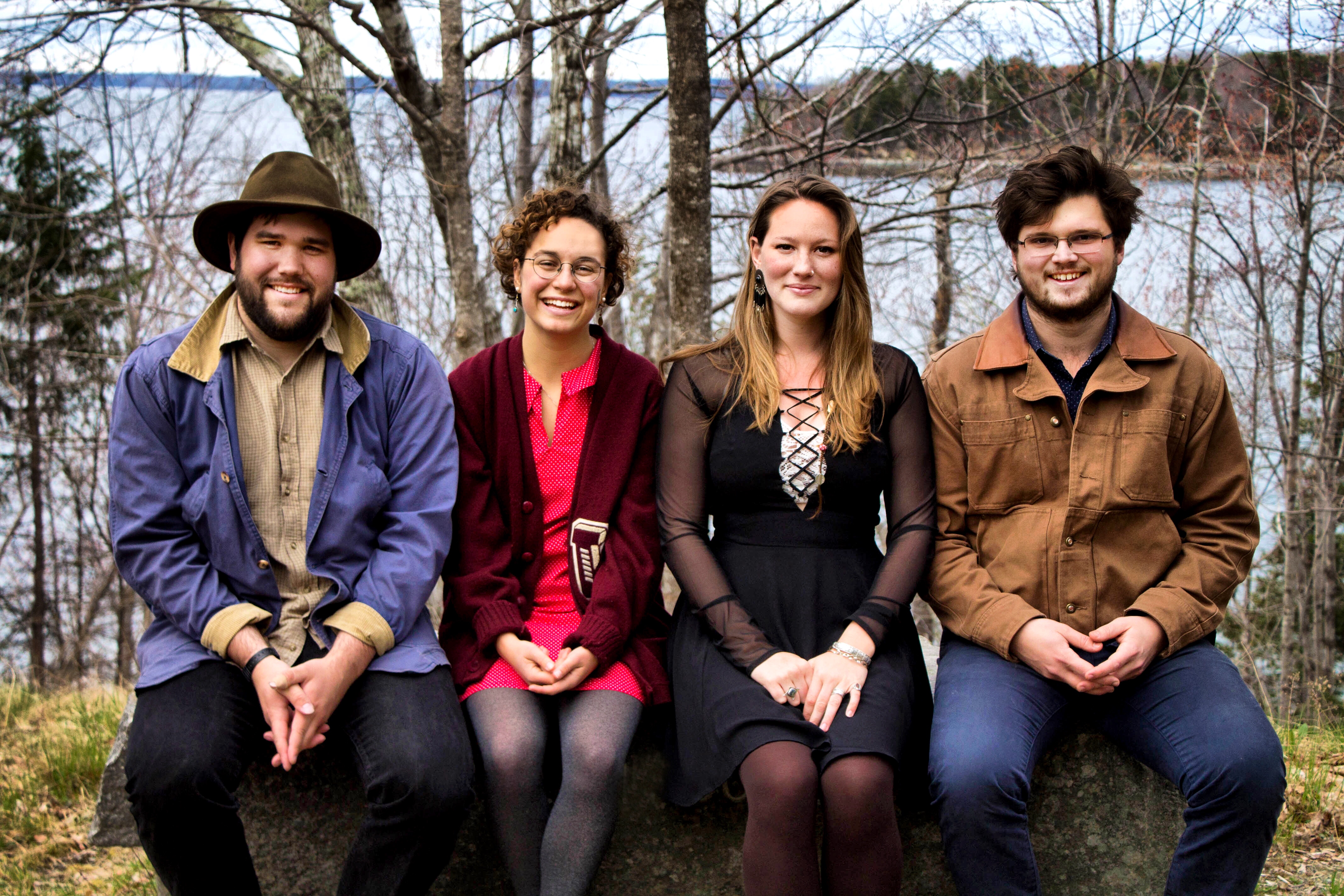 North Adams — On Saturday, July 1, at 8 p.m., MASS MoCA will host a live recording of the RISK! storytelling podcast.

Krakauer/Tagg Duo to perform as part of Rogovoy Salon series

Hudson, N.Y. — The Krakauer/Tagg Duo will bring its innovative blend of world music, jazz, classical, experimental techniques and electronics to Club Helsinki Hudson on Sunday, July 2, at 7 p.m. as part of the Rogovoy Salon music and literary series curated and hosted by cultural journalist and music critic Seth Rogovoy.

Tickets are $25. For tickets and more information, see the Berkshire Edge calendar or call Club Helsinki Hudson at (518) 828-4800.

Conceived in the winter of 2013, GoldenOak’s woodsy, modern folk sound weaves together rich, four-part harmonies and piercing melodic lines over a unique blend of cello, guitar, trumpet and cajón. Named one of Maine’s “rising artists” by the Nova Design Group, they celebrated a January release of their debut album, “Pleasant St.,” which was recorded during a quiet spring in their house in Bar Harbor. They have since been performing regularly throughout the Northeast, sharing the stage with artists such as Jeremy Loops, Sonreal, the Way Down Wanderers, Parsonsfield, Lady Lamb, the Dupont Brothers and more.

Tyringham — On Saturday, July 1 at 10 a.m., the Bidwell House Museum will present historian Gary Leveille in a talk titled “Massachusetts–New York Border ‘Wars’ in the 1700s” at Tyringham Union Church.

Dutch and English settlers on both sides of the border between what is now eastern Columbia County, New York, and western Berkshire County found themselves immersed in a political and economic struggle between the colonies of New York and Massachusetts. The dispute worsened as tenant farmers living in New York’s feudal-like system were encouraged by their Massachusetts neighbors to declare allegiance with Massachusetts and become free landowners instead of simply renters of their properties. In his presentation, Leveille will explore the feud, beginning with the puzzling land acquisitions from Mohican Native Americans known as Spoor’s Grant and the Shawenon Purchase.

There is a suggested donation of $15 for the general public and $10 for members of the museum. For more information, contact the Bidwell House Museum at (413) 528-6888 or bidwellhouse@gmail.com.